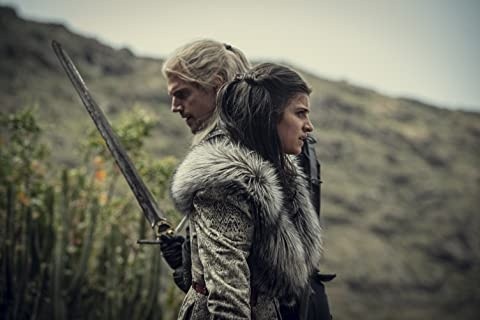 Full of drama, sci-fi and lots of action, The witcher it’s still the fan favorite series. Since the premiere, in December 2019, the story of Geralt de Rivia, interpreted by Henri Cavill, continues to collect followers around the world and, indeed, the news of its second season, which is about to be released, continues to have fans of this strip on edge.

Although there is still no confirmed date, official networks of The witcher announced, through a video posted behind the scenes of the recordings, that the new episodes do not go beyond this year. So much so that over the days, the wait is even greater, in particular to review Henri Cavill like the most famous wizard from the last time, in addition, of course, to several subprojects in the series.

Netflix’s WitcherCon will indeed take place on July 9 and, in addition, the official trailer is expected on the same day. That is, there is no doubt that this 2021 will be the year of Geralt of Rivia, although the other five that will come: 2022, 2023, 2024, 2025 and 2026 since, It has just been revealed that the series has been renewed for five more seasons with the streaming platform.

According to the media outlet We’ve Got This Covered, which also anticipated Blood Origin before its confirmation, Netflix would have arranged for the fiction to be renewed for five new installments, which would involve seven seasons in total. However, it should be noted that, at the moment, none of this is confirmed, but it is important to remember that The witcher it had to be renewed for its second installment well before the launch of the first.

Even so, the important thing about it is that many followers of the drama wonder if Henri Cavill He will reprise his role as Geralt of Rivia in possible future parts. And, to the happiness of many, we must say yes: the streaming giant’s arrangement would not have been just for the series, but for the British actor as well, who has become one of the artists of the moment to the point that today, he continues to garner success.

In any case, despite the fact that no official source has spoken neither to deny nor to verify this information, it is clear that at the time, the screenwriter of the series Lauren Schmidt Hissrich, had planned a story which would span six seasons. ” The worst thing we can do is put all of our energy into the first season and not think about where these characters can grow up.», He continued. So much so that it is obvious that Cavill would not be the only protagonist, but, if he were extended, The witcher I would give more relevance to each member of the cast.