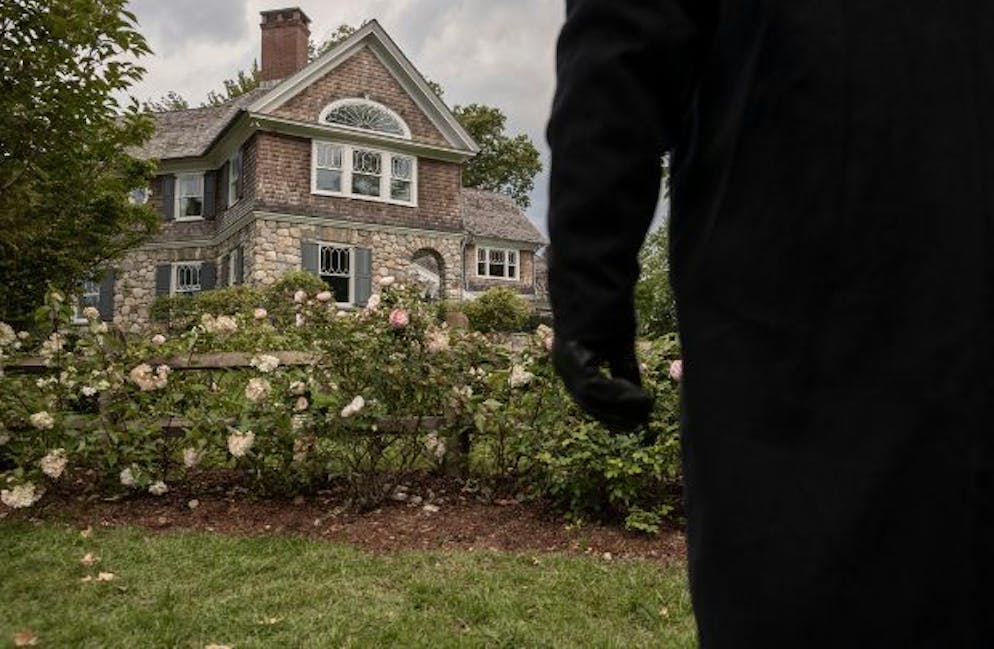 Thriller fans have already devoured it and ratings have soared since its October release. How to explain this success and this fascination? We tell you everything in three points!

Yes, Murphy has struck again! His undeniable talent as a storyteller seems inexhaustible, as if the inspiration fairy sprinkled him with a triple dose of creativity when she leaned over his cradle.

After “Nip/Tuck”, “American Horror Story” or more recently the production that tells the story of serial killer Jeffrey Dahmer, Ryan Murphy can boast of having created a new hit with “The Watcher”. We find there this very particular atmosphere which oscillates between mystery, horror and suspense, all dosed just right to make us addicted.

The Brannock family has finally found their dream home. Large garden, bright rooms and far from the hustle and bustle of the big city, the property fulfills all the criteria of both parents. Nora and Dean think of offering a peaceful life to their children but everything does not go exactly as planned and the dream will turn into a nightmare the day the couple receives letters from a mysterious “watchman”. Harassed, they will then investigate to find out who is hiding behind these threatening missives…

Behind this fiction, we find the true and highly publicized story in the United States of the Broaddus. The letters they receive seem to come from someone who knows the house perfectly and the messages become more and more aggressive until they threaten the couple’s children. Despite the cameras installed by the father, concern grows and the mailings continue, plunging the family into fear and anguish.

“The Watcher” is carried by a very good cast. Bobby Cannavale and Naomi Watts play the parents, parents put to the test by this experience they never imagined going through. In the secondary characters, we also find Jennifer Coolidge, well known for her roles in “American Pie”, perfect as a crazy and creepy real estate agent. The actors manage to create a climate of tension even if some episodes drag on slightly.

In any case, successful bet for this series which was not a favorite for me but which remains despite everything a good entertainment with an impeccable realization.

“The Watcher”, the series with Naomi Watts which is a hit