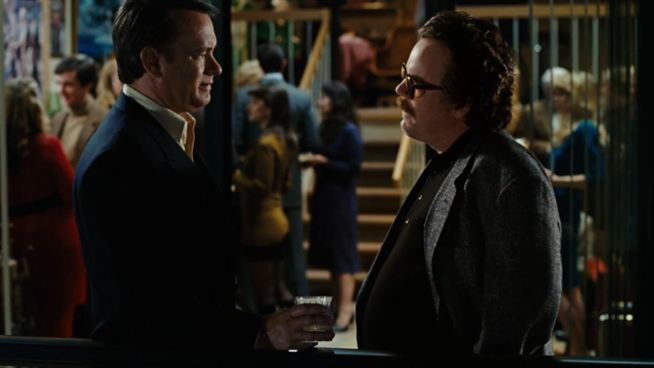 Released in 2008, “The War According to Charlie Wilson” evoked the history of this US policy which played an important role in the financing of the Mujahedin in Afghanistan. The final line of the film resonates like a painful echo of the country’s current affairs.

Ferocious political satire released in 2008 here and directed by Mike Nichols, carried by an impeccable Tom Hanks, The War According to Charlie Wilson evoked the authentic story of this former US Navy officer who was federal representative under the Democratic label of the 2nd District of Texas, from 1973 to 1997.

But he was above all a very important cog in what one called “the Afghan program” set up by the CIA during the war in Afghanistan, from 1979 to 1989, which consisted in arming and training the Afghan Mujahedin opposed to the Afghan communist government, supported by the USSR.

Appointed to the U.S. Defense Appropriations Subcommittee, where nine parliamentarians from the House of Representatives were responsible for CIA covert operations funds, Wilson succeeded in significantly increasing the CIA’s budget for operations in Afghanistan.

In 1983, for example, it won the approval of more than $ 40 million, including $ 17 million specifically earmarked for the purchase of anti-aircraft weapons. The following year, Wilson was contacted directly by a CIA agent, Gust Avrakotos (played by the formidable and late Philip Seymour Hoffman in the film) who, breaking the CIA’s taboo not to pressure parliamentarians to obtain supplementary budgets, asked him for 50 million more. Wilson accepted the request, and succeeded in convincing his colleagues of its merits.

If we evoke Nichols’ film, it is of course because it echoes the terrible situation currently in Afghanistan, with the return to power of the Taliban, twenty years after their fall, and the evacuation of the country by the Americans, who have poured over the country no less than $ 978 billion in subsidies in 20 years.

The end of the film also resonates like a tragic restart: it ends when Charlie Wilson fails to convince the American Congress to invest positively in Afghanistan. In a final exchange, CIA agent Gust Avrakotos urges him to further extend the credits. “Do more!” he said to Wilson. “We went from 5 million to 1 billion! The Stinger, the Milan, it’s me! A rigid Democratic congress supported a Republican president” Wilson retorts. “It is not enough, because I am going to pass on secret information to you, and you will understand that the mad are arriving in Kandahar in countless numbers” Avrakotos then replies.

Here is the extract …

He obviously evokes the Taliban, of which the city of Kandahar is the cradle of this rigorous movement, strategic in the conquest of the capital Kabul. “Kandahar is totally taken. The Mujahedin have reached Martyrs Square in the city.” It is by a tweet that the capture of the second largest city in Afghanistan by the Taliban was also announced on the night of Thursday to Friday. Huge symbol for the insurgent fighters, because it was there that the center of power was located during their ultra-rigorous regime from 1996 to 2001. A catch which also represented a terrible blow to the morale of the regular Afghan troops.

Between the disengagement of the Americans in Afghanistan and the return of the Taliban to the head of the country twenty years after being driven out, this final exchange in the film sounds like a painful echo of the country’s tragic news. “Afghanistan, a distant country, at war, which everyone does not care about, or almost …” commented sadly the late filmmaker Christophe de Ponfilly, at the opening of his poignant documentary Massoud the Afghan, assassinated two days before the attacks of September 11, 2001. Events which will trigger the American intervention in the country …