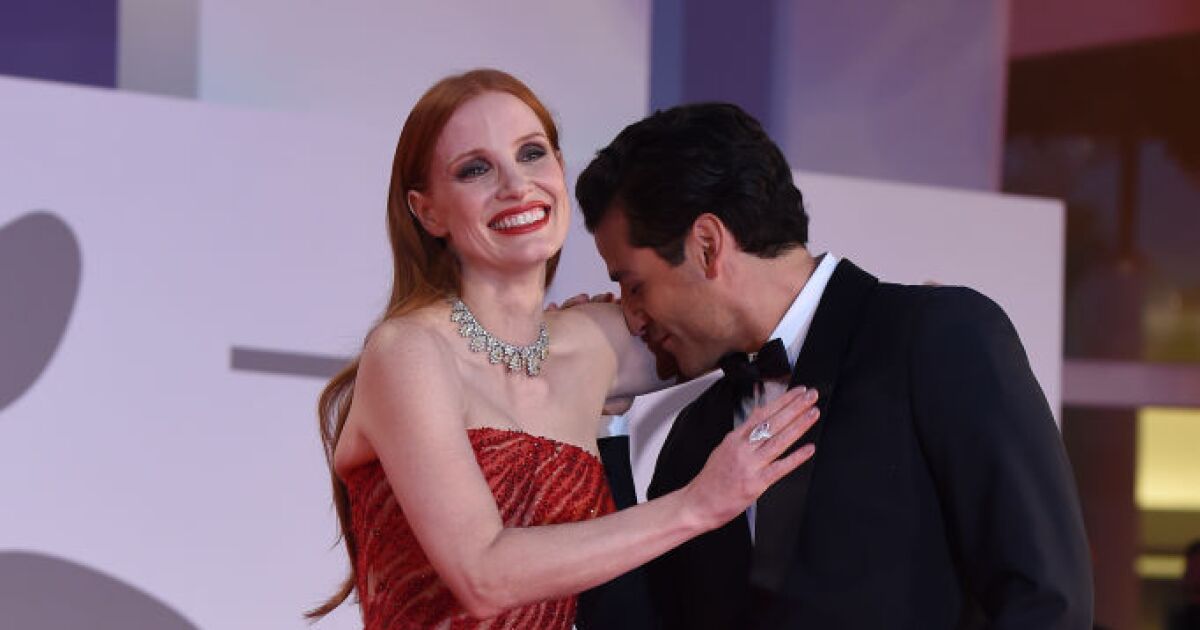 Jessica and Oscar responded to Venice’s call to present the tape Scenes From a Marriage, but they ended up starring in the most watched touch / caress / kiss on the planet. Although the image of an undeniable chemistry between two actors who give life to a couple on screen is not new, there are certain elements that made this moment unique.

The internet just blew up when Isaac first caressed Chastain and then he pressed his lips, we want to believe that he wanted to do it on the actress’s forearm, but her movement brought the kiss to nothing less than her armpit, while photographers and cameramen captured this passion that went beyond the screen and made it viral.

That “fire” (we insist, platonic) between Jessica and Oscar is undoubtedly what made all the world express: “I want what they have” and were Trending Topic. Because we know that this “act of love” is something harmless; one, because Chastain He cleared everything up.

Two, in another angle the lenses caught the reaction of the wife of Isaac, Elvira Lind, who did not stop smiling for a moment while “the scene” between his partner and the beautiful redhead, one of the best dressed in the Italian film contest, unfolded. She knows that casting the public’s wishes is part of the job from Oscar.

In an analysis, the already couple more in de la Mostra proved that the fact that someone has a lot of chemistry with a colleague or friend does not mean that there is a deception or that any gesture that proves that connection puts at risk of destruction what you have with the person you love in reality, as long as that someone knows the situation.

For more clarity, Jessica already explained what happened in that picture moment: “We are acting, but also, Oscar and I have been friends, we went to college together, so we’ve been friends for more than half our lives. ” Chastain e Isaac They met while they were alumni of the prestigious Julliard Academy.