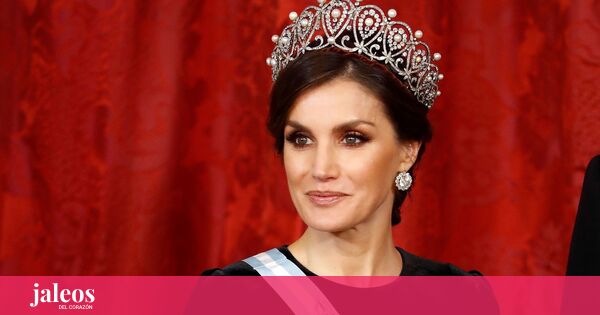 If there is one thing that distinguishes a grand gala dinner from an official reception or a lower level institutional meeting, it is the significant fact that the Queen Letizia (49 years old) dusts off her historic jewels and wears them together with long seam dresses and the corresponding decorations with which she entertains her illustrious guests.

In March 2020, the pandemic cut short the life of the whole world, without making a difference between red blood and blue blood. The Royal family was confined in the palace of La Zarzuela and the jewels of Letizia, the private ones, the ones to pass and the tiaras, in the secret place where they remain. Up to now. This week the gala dinners return and everything indicates that we will see again the wife of Felipe VI (53) wearing a tiara in Spain after two and a half years without doing it.

As published by the Ministry of Foreign Affairs, “the president of the Italian Republic, Sergio Mattarella (80), will make a state visit to Spain, from November 16 to 17, accompanied by his daughter Laura Mattarella (52) “, who acts as first lady after the death of her mother, in March 2012, due to cancer.

Queen Letizia in a black velvet dress with Juliana Awada in February 2017.

Both will be officially received by their Majesties the Kings, Felipe VI and Letizia, who will offer a gala dinner in his honor at the Royal Palace. As usual, or at least it was until the emergence of Covid, Letizia will wear a tiara and there is still one that he has not made use of. It is a very special piece, which rests in the personal jeweler of the emerita Sofia (83), and to which the Queen could have access with the permission of her mother-in-law.

It is the tiara of Niarchos rubies, a set of jewels that the Greek shipowner Stravos Niarchos gave to the then Princess Sofia of Greece on the occasion of his wedding with Juan Carlos de Borbón (83) in May 1962 in Athens, Greece. Designed by the historic French jewelery house Van Cleef & Arpels, the tiara, before it was, passed through the bodies of Sophia Loren (87) and Audrey Hepburn shaped necklace. 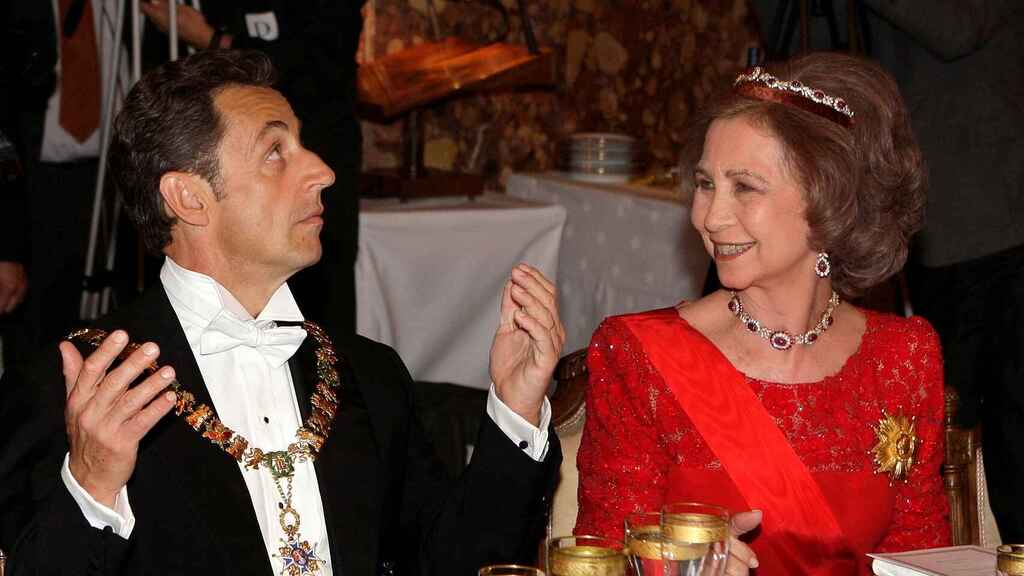 Queen Sofia with the Niarchos tiara with Nicolas Sarkozy in April 2009.


The impressive and iconic jewel has been dormant for 12 years and seven months in Sofia’s jewelry box and has not seen the light since. The last time the emerita used it was during the state visit of the then French president Nicolas sarkozy (66) and his wife, Carla Bruni (53), in April 2009. The tiara is actually a Burmese ruby ​​necklace and brilliant cut diamonds and baguette.

They are rows set in gold with cabochon rubies that are surrounded by diamonds and even smaller rubies. This necklace, like most pieces of the royal jeweler, undergoes modificationsIn other words, it can be used as a necklace, as a choker or as a diadem of various heights, up to three – Queen Sofía has worn a maximum of two. 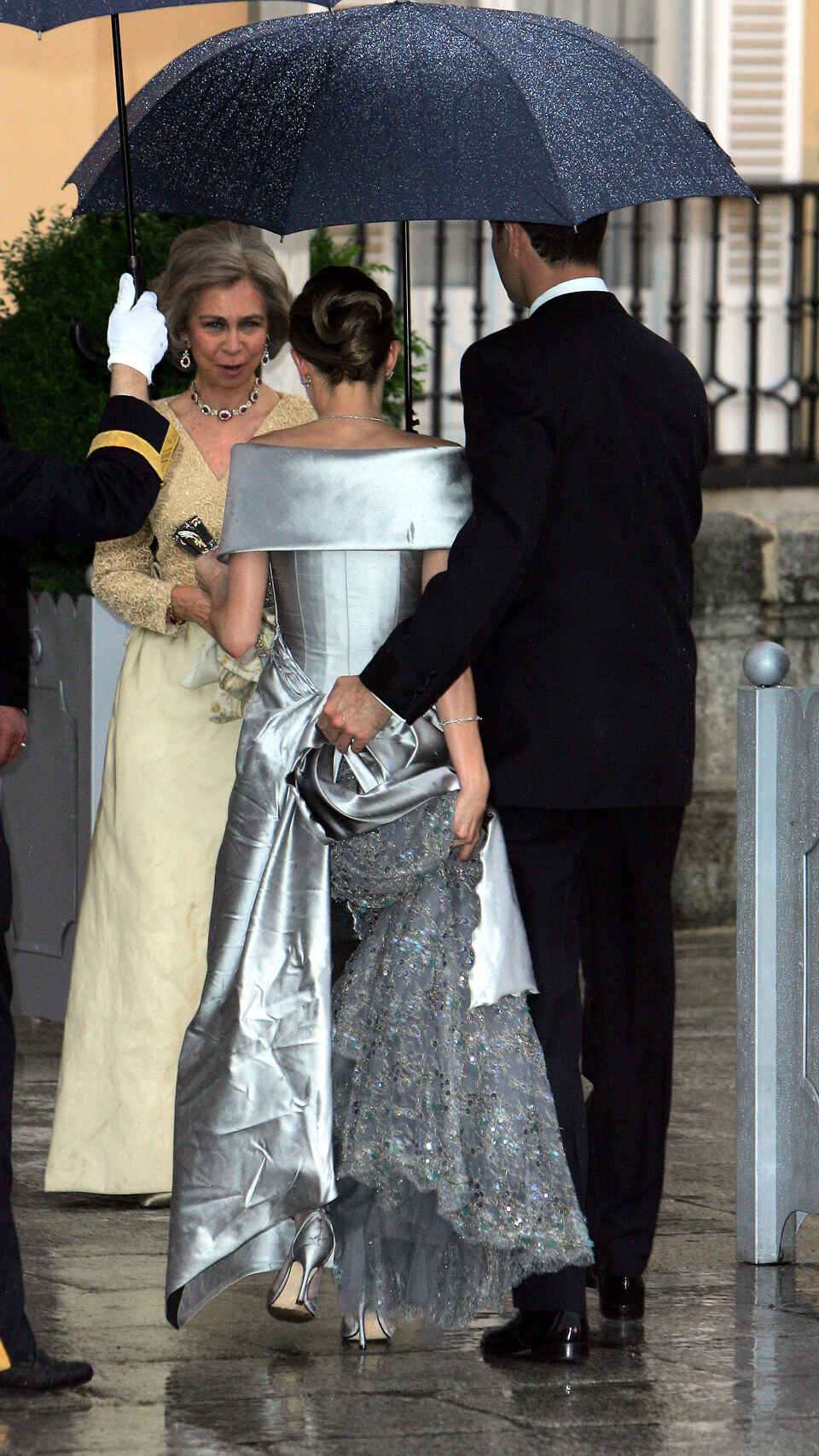 Queen Sofía with Niarchos’ tiara as a necklace at the gala dinner prior to the royal wedding of Prince Felipe with Letizia.

The jewelery set is completed with a pair of earrings, which were actually a gift from his mother, the Queen Federica of Greece. The emerita has a special affection for this wedding gift that she wore so much during her 39 years as consort of the King of Spain. As a single row necklace, for instance, took it at the previous dinner to the royal wedding of her son, the Prince of Asturias, with the then journalist Letizia Ortiz, in May 2004.

Peace of mind for all those lovers of high jewelry and royalty who do not see Letizia with the tiara Niarchos this Tuesday at the Royal Palace. The Queen is expected to wear a tiara up to two times in two weeks. The Kings will make a state visit to Sweden at the invitation of the King Charles Gustav XVI (75) from November 23 to 25, a more than ideal time to wear a long dress and emblematic priceless jewels that Letizia became fond of long after Felipe’s enthronement as king.

The tiara that Letizia still has to wear: the modified ruby ​​necklace that Audrey Hepburn wore