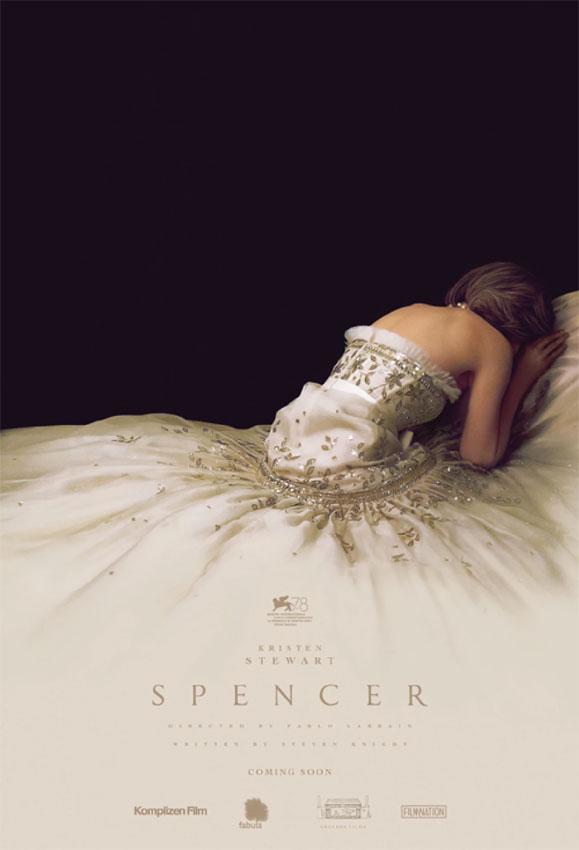 The expectation around the figure of Diana of Wales spreads with each new reverse of the British Royal Family and the almost countless cultural products dedicated to sketching a rough portrait of the complex personality of the former mother of Princes William and Harry. Just a few weeks ago, new images of the fifth installment of The Crown, in which Elizabeth Debicki will be in charge of embodying it in the period of her divorce from Prince Charles. Around this timeline is also located Spencer, the media biopic which will be released in November 2021, at least in the United States, although it will premiere before a select audience at the next Venice Film Festival, which will begin on September 1. We will see the outcome of the royal marriage over three decisive days, the hypothetical Christmas parties of 1991.

Kristen Stewart gets into the shoes of ‘Lady Di’ to reproduce her hardest days, plagued by loneliness and heartbreak, a plot that has aroused unprecedented interest that Pablo Larraín, its director, has taken advantage of to launch the long-awaited official poster of the film, a tragic image with clues about that hidden face of Diana of Wales. Collapsed in the dark, the interpreter is shown on her back with a crying gesture, sunk in her sadness, as the princess has been portrayed on more than one occasion. It didn’t take long for the million dollar question to emerge: What is that dress? In the first instance, it might remind many of her stunning white dresses, like the fascinating model ‘Elvis’ or her own wedding dress, although on rare occasions she wore a strapless neckline, much less with a balloon skirt, like the one in the image. However, he does love one of his gala looks curiously.

The mystery behind the white dress of Spencer

Is about a fitted corset design with sweetheart neckline, wide tulle skirt and sparkly appliques, signed David and Elizabeth Emanuel, authors of her wedding dress and common names in her wardrobe. Although it is not one of his most remembered outfits, this piece was auctioned in December 2013 at the Kerry Taylor house in London for a value of 123,000 euros, far exceeding the 80,000 euros that had been estimated. One of its peculiarities is that Diana of Wales used it twice: for the opening of ‘Ivan the Terrible’ at the Royal Opera House in London, in July 1986, and at the premiere of the James Bond film 007: High Voltage, in June 1987. Both being red carpet eventsIt seems like a logical decision to fit this look into a blockbuster feature film, but there are more likely other compelling reasons that connect the suspicious dress that adorns the poster with the well-known story of Diana of Wales.

The first clue is, however, closer than it seems, in the coronation of Queen Elizabeth II, which took place in June 1953. The couturier who dressed her that day was Norman Hartnell, so her autobiography, Silver and Gold, published just two years later, offers numerous signals about the possible references that built this new image of Diana de Gales in the eyes of the Chilean filmmaker. It was a family tradition for heiresses to wear white gowns with gold embroidery on the day of their coronation., as did Queen Victoria in 1838, when she assumed power single and with only 18 years. For her part, young Elizabeth, married and 27, insisted on adding flashes of color to her ostentatious coronation gown. On view are the emblems of Scotland (the thistle), Ireland (the clover) and Wales (the daffodil) on top of the ecru satin skirt and below, all the flowers of the Commonwealth countries. In these national stamps is another key: the daffodil flower, which supplanted in the 19th century the humble leek as national seal of Wales with its petals open in powerful yellow color. Even the designs of the bridesmaids in charge of wearing the sovereign’s enormous cape share the plant embroidery pattern that follows the white dress made for the film.

A nod to the powerful women of the Royal Family

The poster of Spencer It seems to be nourished both by that ‘fantasy’ styling of the eighties and by the legacy of Diana’s mother-in-law herself, with the white satin and her embroidered daffodils, and everything that the crown entails. Is he quintessential princess (and future queen) uniform. But what are you trying to tell us? Anne Hollander, a historian who specializes in the links between fashion and art, reflected on her work Sex and Suits: The Evolution of Modern Dress upon the image of the maiden in dress strapless, an archetype present over and over again in fiction. “The strapless dress, invented as a tight chrysalis that covers the ribs and bust over a full skirt, leaves the arms, shoulders and part of the breasts completely exposed. The image of the upper part almost naked and the lower part very covered remains in today’s world through a historical and romantic vision of women, which is licensed to prevail at a dance or a wedding, on stage or on the screen, “explains Hollander, attributing a meaning to this classic representation of women:” It corresponds to a very tenacious myth, the same one that gave rise to the image of the mermaid, the divided female monster. Her voice and her face, her breasts and her arms are fascinating, offering the tender and unreserved love of mothers. But underneath, under the foam of the overwhelming waves on her skirt, her oceanic interior is anything but clean. “

– The passion for fashion that made Diana of Wales an icon

Although from the nineties Diana of Wales ditched the pompous fairytale dresses that so fascinated her at the beginning of her marriage to Prince Charles, the meticulous choice of the strapless white dress, pure and with floral details in line with the great queens of the Tudor House, welcomes an important symbolism in relation to the story that is sought to tell: the perfect princess, an exemplary mother loved by all, suffers inside, defying appearances.

As they are revealed the iconic looks of Diana of Wales that will be captured on film, intensify reproaches to anachronism of them within the plot, despite the fact that Pablo Larraín has reiterated in several interviews that the facts do not strictly adhere to reality and that he has even been guided by different periods of Diana’s biography to create his character . “We decided to get into a story about identity, and how a woman decides, somehow, not to be the queen. She is a woman who, on the film’s journey, realizes that she wants to be the woman she was before meeting Carlos, “the Chilean filmmaker told an American media about his creative work to address that momentous weekend in the life of William and Harry’s mother.

The first image of Spencer, shared by surprise earlier this year, reveals an enigmatic Kristen Stewart in a red coat, blouse pussybow black and hat with matching net, a replica of a look that the Princess of Wales did wear at Christmas, although a couple of years later than the film indicates. On December 25, 1993, after their separation was made public, the entire family attended a Christmas mass at Sandringham Church, near Norfolk, where the press witnessed an estranged couple but concerned for the well-being of their two young children. Larraín moves him to 1991, two years earlier, when she decides to tell Prince Carlos that she wants to divorce. Although many of the styles are easy to place on specific dates, being almost an exact copy of their originals, they are taken from different periods to capture the many faces of a legendary woman.