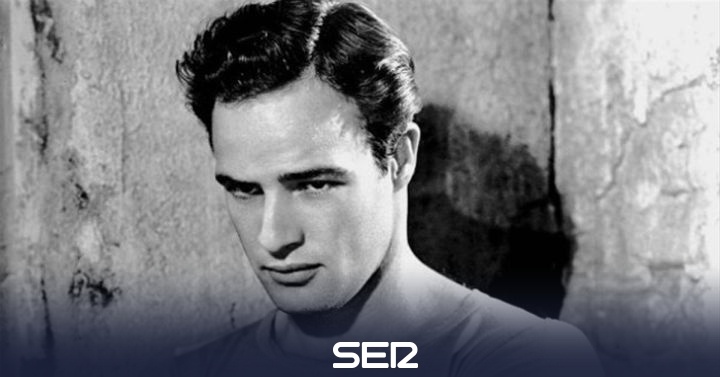 It all started on a corner of Royal Street in the French Quarter of New Orleans. In the 30s of the 20th century a young man called Tennessee Williams who was working as a waiter at the time. The future playwright was obsessed with the symbolism of the name of two streetcars that crossed the street. Over time, that anecdote would become the engine of the story of a woman possessed by the curse of those two vehicles.

A Streetcar Named Desire, by which Tennessee Williams won its first Pulitzer Prize, it became one of the most important theater dramas of the 20th century. A work that has marked lovers of literature and theater. It premiered on Broadway in 1947 directed by Elia Kazan that he had assembled a cast made up mostly of students from the Actor’s Studio. Among them was a 23-year-old named Marlon brando that not only impressed the public but his own teammates.

With A Streetcar Named Desire Brando imposed a new style of interpretation. He did not act, but the character lived. At the same time it created a new concept of male sex appeal, much more aggressive and open. The play was a great success. He won two Tony Awards and spent more than two years on the bill.

Warner got long teeth and they quickly bought the rights to take her to the movies. At first it was William Wyler who prepared the project and chose Bette Davis for the role of Blanche. But it was finally his own Elia Kazan who, reluctantly, ended up directing the film. It seems that it was Tennessee Williams who begged him to get behind the scenes as he didn’t like the adaptation he was preparing Wyler.

Elia Kazan featured nine actors who had participated in the play, including Karl Malden and of course, Marlon brando. At the theatrical premiere it had been Jessica Tandy who played the role of Blanche, but at Warner they thought that for the film they should have a consecrated actress like Vivien Leigh that had a lot more pull on the lockers. Nevertheless, Vivien It didn’t fit in well at first with either the director or the rest of the cast. They came from the method Stanislavski while the actress had been educated in the British classical school.

What’s more, Vivien Leigh I had already played Blanche in the first London production of the play, directed by her husband Laurence Olivier, and it seems that the actress was based more on that performance than on the indications she gave her Kazan. However, based on professionalism and effort, the actress ended up winning over her peers.

The one of A Streetcar Named Desire it was one of the best roles of his career. Interestingly, years later, Vivien Leigh suffer a bipolar disorder similar to the one the character has. Actually when Vivien made the film she was only 36 years old, she was in the splendor of her beauty and had to put on makeup to look older.

In the film are many of the themes present in the theater of Tennessee Williams– Tormented, sexually frustrated characters who move in oppressive and oppressive environments. Kazan used a stage trick to increase the claustrophobic tension. As the film progresses, the set of the apartment of Kowalski becomes smaller thanks to movable walls.

Both the play and the film clearly show the sexual attraction that the two sisters, Blanche and Stella, feel for Kowalsky. An almost animal attraction that goes against the moral values ​​established by society.

However, the own Jack Warner he had made a compromise with the censorship office so that the film would not be as provocative as the play. For example, some references to Blanche’s husband’s homosexuality were removed. And the woman’s fondness for tender meat was only touched in passing. In total, 68 changes and modest snips were made that, however, could not appease the sensual charge of the character of Brando.

A Streetcar Named Desire was nominated for twelve Oscars. Of them, he took three in the interpretation sections, being the first time in history that a film achieved it: Vivien Leigh as best actress; Karl Malden as a supporting actor and Kim Hunter, the actress who played Stella, as best secondary. Marlon Brando I would have to wait for The law of silence, again at the orders of Elia Kazan, to win his first Oscar. However, despite not winning the award, his fame skyrocketed and the actor always considered the film as his favorite from the first stage of his career.

But there is another protagonist that we do not want to forget. We mean the music of the movie. A Streetcar Named Desire it was the first soundtrack to introduce jazz to film music. Until then jazz had only appeared in movies in scenes set at parties or nightclubs. The composer Alex Northinstead, he introduced it into the incidental music of the film.

70 years after its premiere A Streetcar Named Desire it remains an undisputed classic and some of its scenes have become movie icons. Scenes like the one in which Kowalsky desperately screams the name of his wife, Stella, who finally goes down the stairs and Brando, with his shirt torn to pieces, falls before her on his knees crying like a child.