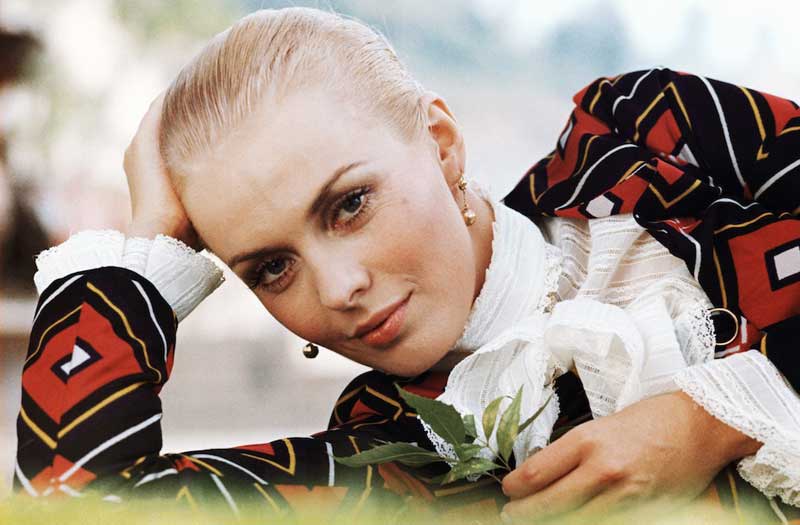 It was a case that shook the society of its time, in particular the cinematographic world

Fame, controversy and tragedy were cyclical in the life of Jean Seberg, an actress perhaps like no other, a crossroads of worlds in cinema between Europe and the United States; also a rebel of her time. His family name was actually Carlson, but his paternal grandfather, arriving in the United States in 1882, understood that there were “too many Carlsons in the New World” and changed it to Seberg in memory of the water and mountains of Sweden.

Her film debut, playing the title role, Joan of Arc, in Santa Juana, in 1957, having been chosen from 18,000 applicants by director Otto Preminger, she did not receive good reviews but persisted in acting.

Complex sentimental relationships, totally outside the canons of the time and with dissatisfaction as a common element, would be a constant in his life. Frail and crossed by changing winds in her character, Jean never found a life partner who could contain her for too long.

Her lack of romantic fortune did not prevent her acting career from advancing to become an outstanding actress, overcoming initial criticism that called her inexperienced in the matter. He participated in films such as Hello Sadness, for which it was again directed by Otto Preminger. Based on the successful novel by Françoise Sagan, it shared a cast with big stars like David Niven and Deborah Kerr. But it was his leading role in the film Breathless, 1960, by director Jean-Luc Godard, along with Jean-Paul Belmondo, which led her to international success and critical acclaim for her acting performance. Film critic and director François Truffaut even hailed her as “the best actress in Europe”, becoming a muse of the French Nouvelle Vague movement.

Also around that time, her short hair would become an icon of that time. Almost a decade before Mia Farrow surprised the world with her haircut, Jean Seberg was already walking her style cut pixie for the Gallic shootings.

With the movie Lilith, In 1964, along with Warren Beatty, she convinced critics in her home country that she was a serious actress. Then he returned to France to do Diamonds are brittle The A billion in a pool table (1965). It was at that time a filmic crossover between two worlds: the American actress who seemed French, in Europe, and the Iowa girl with European flair for the Los Angeles film industry.

Her financial support for political causes, as rebellious and unorthodox for the time as herself, drew the worst eyes on her. He supported financially from groups for civil rights of the Native Americans, to many others more radical of the style of the Black Panthers.

She was placed under the surveillance of the FBI, which at that time had nothing to envy any security service in the totalitarian countries of the time, and was also “entered” in the Cointelpro program, intended to harass, intimidate, defame and discredit public figures. Part of that was the spread, in 1970, of the story that Jean’s pregnancy was not from her husband, Romain Gary, but from Raymond Hewitt, a member of the Black Panther Party. It wasn’t true, but the spread of the lie in the Joyce Haber gossip column of the Los Angeles Times, first, and then in Newsweek magazine, sparked a scandal that ended in preterm labor and the death of her baby, a 1.8 kilo girl, two days later. Jean never recovered from that loss.

From there, both his personal and film life were in decline. That flush-free passion that characterized her had left her. There was no longer a sparkle in those eyes and no magnetism in the smile.

On August 30, 1979, Jean disappeared from his home and the places he used to frequent in the French capital, where he resided. By then accumulated several suicide attempts. Nine days later, his body was found wrapped in a blanket in the back seat of his Renault 5, in the 16th arrondissement, along with a bottle of barbiturates, another empty mineral water and a note written in French by Seberg addressed to his son . “Forgive me. I can no longer live with my nerves », it said in the most essential part. The police understood that it was a suicide but doubts persisted in many.

A year later, the same police determined that the actress’s body had such a blood alcohol level that she could not have entered the car on her own; and that, curiously, in it there were no remains of alcoholic beverages but mineral water. The strongest hypothesis was that someone must have been with her when she committed suicide and did not give her the necessary assistance.

In 1995, Guy Pierre Geneuil, who was one of its custodians, wrote the book Jean Seberg, my murdered star (“Jean Seberg, my murdered star”), in which he develops that it was a homicide and that blood alcohol was injected by people related to drug trafficking, of Algerian origin and close to his last partner, Ahmed Hasni. “A few days before his death, Jean, who continued to maintain a very good relationship with Romain, although they had been separated for some time, sent him a letter which is a call for help. Jean claims to be caught in the cogs of the largest Algerian drug trafficking network, ”he wrote.

At the time of death, Jean was 40 years old and was not even the shadow of that young woman who was taking the world in front of her, regardless of the consequences, both in front of and behind the cameras. The circumstances of his death would never be fully clarified.

The strange death of Jean Seberg