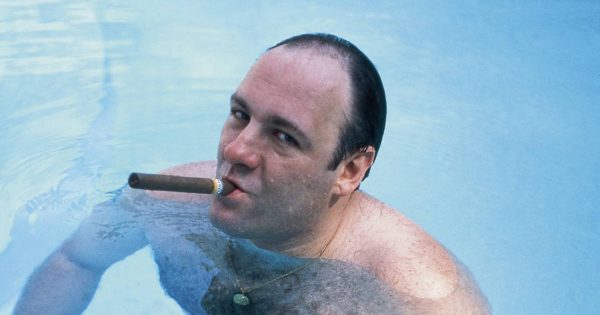 The Sopranos It is one of the most popular series in history. The show of HBO gained fame after its premiere in 1999 due to its particular premise, but also for his good personification of the Italian mafia in the United States.

Even to this day the program It is one of the productions best evaluated by the public and critics. So much so that it is still considered by many TV fans as the best series of all time.

Many of the characters in The Sopranos they are still remembered by fans. This is case of Tony Soprano, the mythical protagonist who played James Gandolfini. However, a A new anecdote makes her figure even bigger.

The protagonists of the program, Michael Imperioli y Steve Schirripa, they chatted on their podcast about their favorite anecdotes from the recordings. One of the most peculiar is related to James Gandolfini and one of those drunkenness.

The great drunkenness of James Gandolfini in The Sopranos

The actors were able to recall one of the most particular situations that lived inside the set of recordings of The Sopranos. In this they relate as a James Gandolfini’s great drunkenness ended with the actor tied to a tree.

“We rehearsed on a cliff and they were going to have a camera in a stream in a boat watching us, cameras on the cliff with us. It was a great production effort “, said Michael Imperioli.

“We had to wait until it was dark, so we had a few hours to put on makeup. We went to James’s dressing room. We open a bottle of Wild Turkey. We plan to have a drink because it has been a long week, “he continued.

“We were too drunk to know if someone was upset, but they were worried we might fall off the cliff. They took chains and wrapped them around our ankles and tied them to a tree and covered it with leaves, ”Imperioli concluded.