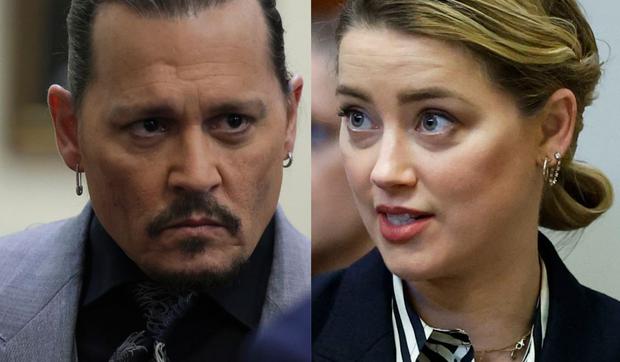 Although currently Johnny Depp and Amber Heard they are facing a trial in which they have allowed to see episodes full of violence during the time they were married, there was a time, a few years ago before his stormy marriage, in which they had a very cordial treatment. This happened when they worked together on “The Rum Diary” (“The diary of a seducer”, in Spanish).

MORE INFORMATION: The most shocking and shocking phrases of the trial between Johnny Depp and Amber Heard

Next, we tell you the details of the employment relationship that both actors had in the film that premiered in 2011.

JOHNNY DEPP AND AMBER HEARD TOGETHER IN “THE RUM DIARY”

“The Rum Diary” (“The diary of a seducer”, in Spanish) is an American comedy-drama film that was written and directed by Bruce Robinson, based on the 1998 novel by Hunter S. Thompson. It starred Johnny Depp and Amber Heard, as well as Aaron Eckhart, Michael Rispoli, Richard Jenkins and Giovanni Ribisi.

Recordings began in March 2009 in Puerto Rico and it was released on October 28, 2011. The budget to make the film was US$45 million, but it only managed to raise US$30 million.

MORE INFORMATION: So are the penthouses where they lived their stormy relationship Johnny Depp and Amber Heard

What roles did they play in “The Rum Diary”?

Johnny Deep plays Paul Kemp, a writer who has failed to sell a book and finds a job at a newspaper in San Juan, Puerto Rico, and Amber Heard plays Chenault.

In fiction, he meets the girl, one day when he was on a boat in the sea and sees the woman bathing naked. This causes him to immediately fall in love with her, but there is a catch, he is engaged to Hal Sanderson, a real estate agent, who offers Kemp a job writing ads for her latest company.

“The Rum Diary” made them meet

It was thanks to this film that Johnny Depp and Amber Heard met in 2009 during filming. It is said that the attraction between the histriones was immediate.

They began their relationship in 2012 and three years later, in 2015, they married on the actor’s private island in the Bahamas. “We completed each other on many levels, but what attracted me most was his love of the blues. She is very cultured. She’s an avid reader as much as I am, so we connected on that too; she is also bright and beautiful, ”she told People magazine in Spanish at the time.

The marriage ended 15 months later in 2016. She accused the Hollywood star of abusing alcohol and being violent, and also requested a restraining order, which the judge accepted, but a few days later both released a joint statement announcing their separation. It was learned that Depp gave her a $7 million as part of the divorce settlement from her.

Later, in 2018, Amber Heard wrote an article for The Washington Post, in which she defined herself as “a public figure who represents domestic abuse”, and although she did not name the histrion, everyone understood that it was him.

The protagonist pointed out that as a result of the accusations he lost many projects and saw his life affected, for which he sued the actress for US $ 50 million. Now that he finished giving his version of the events for four days, we present to you the most shocking and shocking phrases that came to light, in a trial in which recordings of the fights that the then couple had were played.

“The Rum Diary”, the film in which Johnny Depp and Amber Heard worked together