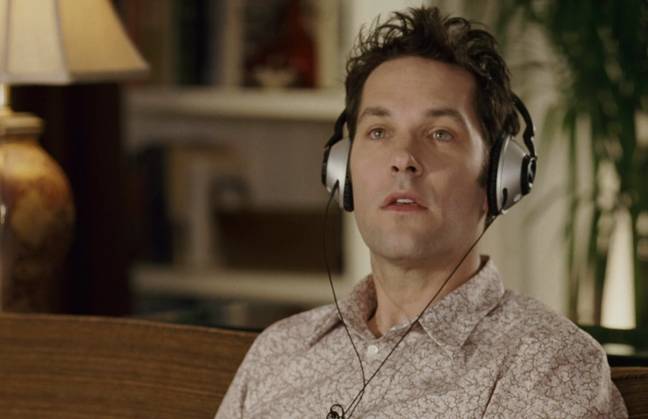 One of Paul Rudd’s films has been hailed as having the “best one liner”… never.

When he’s not busy being the sexist man alive, Rudd is best loved for his film roles, especially in romantic comedies, where he’s often joined by Seth Rogen.

While most of the credit should really go to screenwriter Judd Apatow, one of the films Rudd starred in was crowned as containing the “best [movie] a liner of all time.

A one-night stand results in Alison becoming pregnant and the couple being forced to reunite, desperately trying to sort out their lives before the baby arrives.

Leslie Mann stars as Alison’s sister, Debbie and Rudd play Debbie’s husband, Pete – who Debbie says is cheating on her because he leaves the house at strange times of the night. When she finally finds out what he’s up to, the marriage falls apart.

The scene in question sees the two couples going out to dinner, discussing parenthood, with both men not shy about admitting how much they would love to roll back the wheels of time.

In response to the men’s commiseration about their past lives disappearing due to parenthood, Debbie jokes, “Hey, I have a really good idea, why don’t you two get into your machine travel back in time, go back in time and fuck each other. »

While Rudd’s deliverance from the line is indeed what makes the comeback so slick and humorous, some credence must certainly be given to Apatow and whoever decided to cast the sexiest man alive in the role in first place of course.

The resurfaced clip has amassed over half a million views, tens of thousands of likes and flooded fans with comments pointing to the scene and agreeing that Rudd’s line is indeed the best comeback of them all. the temperature.

One said, “That’s such an accurate portrayal of men and women,” while another wrote, Kudos to the writers! »

Along with his epic lines and inability to age, the 52-year-old actor also wowed fans with a bizarre party trick that makes people appear as if they’re standing next to a naked person on the Pictures.

Is there anything this man can’t do?