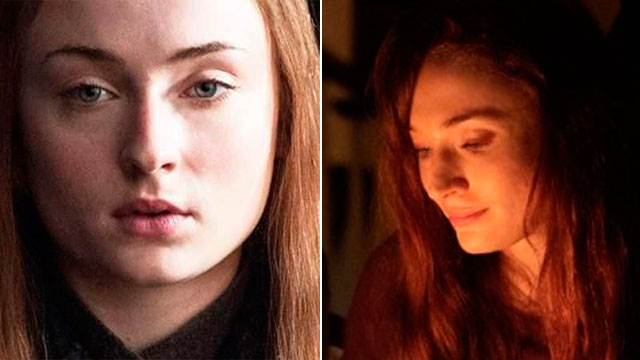 The actress plays one of Michael Peterson’s daughters, Margaret Ratliff, in ‘The Staircase’, the brilliant ‘true crime’ that has just been released on HBO Max.

We knew that one of the protagonists of the new HBO series The Staircase was Sophie Turner, the unforgettable sansa stark from Game of Thronesbut the reality is that seeing the young British actress a few years older, in a much more mature role and in a completely different fiction from the iconic fantasy series has made us realize how much the actress has changed in these few years.

In The Staircasea fictional series directed by Antonio Campos about the famous Michael Peterson case, Sophie Turner plays one of the daughters of the writer accused of murder, Margaret Ratliff, one of the two the Petersons adopted after the death of his mother in strange circumstances several years before the events that are addressed in the series and a fundamental piece in the story.

Is this the first time we’ve seen Turner on screen since Game of Thrones? Not much less, but it does mean the return of the actress to an HBO series in the flesh.

After saying goodbye to Game of Thrones At 23 years old – he started in the series when he was 15 – and in full swing of popularity around the world, Turner’s life has changed a lot on a personal level. She is now 26 years old, married, the mother of a little girl named Willa, and currently expecting her second baby, while at the same time continuing to further her acting career. A career that she began in style more than a decade ago when she landed one of the most important roles in a series that would make history on television.

Game of Thrones It was her first job, but she made it compatible with other opportunities, including her leading role in My Other Yo by Isabel Coixet and her work as Jean Gray in X Men. Also, after the unforgettable series, the actress starred in the fiction of Quibi Survive which will now be a film, lent his voice to one of the main characters of The Prince -also from HBO Max- and is the protagonist of the films Broken Soldier Y Strangers.

Who is Margaret Ratliff? Sophie Turner and her role in ‘The Staircase’

Starring Colin Firth as the title role, Michael Peterson, The Staircase puts at its center one of the most mediatic criminal events of the 21st century. A case that made thousands of headlines during the almost 20 years that it was in court and that was the subject of the filming of a documentary series in real time that is considered a benchmark in its genre.

The story goes back to the year 2001, when the American writer Michael Peterson entered his house after having been having a drink in his swimming pool and found his wife, Kathleen, dead in a pool of blood after having fallen down the stairs. Or at least that is the version that Peterson always maintained. Contrary to his claims, authorities quickly claimed to be at a crime scene when they arrived at the home and Michael Peterson was charged with first-degree murder.

Whether or not the writer is guilty has been the subject of debate for years and, today, 20 years later, it still is. He also divided his five children, family and friends into two camps.

7 real (and little known) facts about ‘The Staircase’, the ‘true crime’ that still divides the world

Margaret Ratliff is one of the adoptive daughters that Michael and Kathleen Peterson adopted when their mother, a close friend of the family when they lived in Germany, died falling down the stairs.. A tragic event that also played against Michael Peterson during his trial for Kathleen’s murder. TBoth she and her sister Martha stayed by her stepfather’s side throughout the legal process and continue to support him unconditionally to this day.

“I’m exhausted from talking about what happened,” acknowledged the actress on her visit to Jimmy Fallon’s show to talk about the series and assuring that they had debated endlessly whether or not Michael was guilty during filming. “Everyone had theories. I’ve been theorizing for so long that I’m already at a point where I’m over it.”

The first two episodes of The Staircase are now available on HBO Max.

The remarkable change of Sophie Turner, Sansa Stark in ‘Game of Thrones’, in her new series for HBO