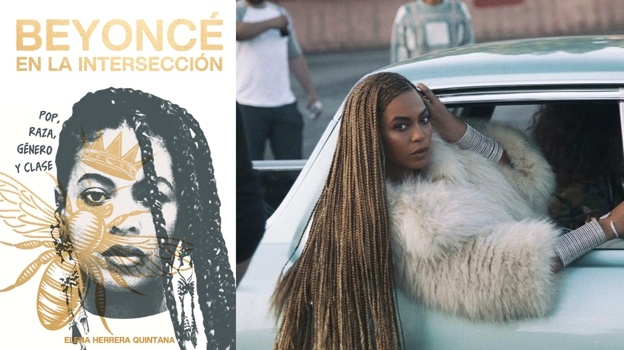 everyone loves Beyonce and considers her an undisputed queen of pop. Even those who say they are not racist because they have “an acquaintance who is black.” And the amount of opinion articles, debates, essays and even university subjects that her music has provoked gives a good account of her role as a cultural figure of the first order.

But the doctor in Sociology Elena Herrera Quintana (Madrid, 1988) has realized that when it comes to valuing the sociopolitical scope of her work, everything is hits, objections and condescending attitudes, if not outright denials. That’s why she wrote ‘Beyonce at the intersection’a book that analyzes the mechanisms of prejudice distilled from structural and unconscious racism that undermine the global perception of the work of the American artist, and therefore its transformative potential.

According to Herrera, Beyoncé has spent years deploying a palette of cultural, social, historical and political references that not only go unnoticed by most people, but are also mocked or scorned by that other minority that does detect them. And that, she assures her, does not happen to madonnanor to Taylor Swift. The authenticity of their positions is not questioned to them. But Beyoncé suffers from what the author calls “extra scrutiny.”

This has happened from the very moment that Beyoncé decided to transcend the emptiness of the traditional pop message, when in 2014 she sampled a speech by the Nigerian feminist writer Ngozi Adichie. It was the first time that she made a political statement in her music, and also the first time that she was slammed for it. And in an especially painful way, since it was Adichie herself who criticized her for it, assuring that «Beyonce’s feminism gives a lot of space to the need of man”, by relating everything to them in his songs. “Has he hurt me? Should I forgive him? Has he put a ring on my finger?” said the writer, who probably still remembered Beyoncé’s answer to the question “are you a feminist?” just a year earlier: “I don’t know. That word can be very extreme. I guess so, but I’m happily married. I love my husband”.

Beyond that ‘but’ that absurdly contrasts being a feminist with getting married or loving your partner, that moment can be recognized as the end of the old Beyoncé because since then, the feminist, anti-racist and solidarity symbolism with the disadvantaged has been He has expressed it in many ways in his work. There are shots of the video for ‘Formation’ recorded in former slave plantations. In her performance at the 2014 MTV gala, she performed before a screen where the word ‘Feminist’ was projected, and in the 2016 Super Bowl she winked at the Black Panthers in the costumes, and Malcolm X in the choreography. In the single ‘Partition’ she inserted the feminist proclamations of Maude, a character from the movie ‘The Big Lebowski’. Sometimes he makes the date of his releases coincide with some ephemeris in the history of the fight for civil rights. And the etcetera is very long.

But in this regard, Herrera maintains, the singer “is not fully listened to by part of the audience and by a white ear that, first, is unaware of the possible readings of her work and, second, makes value judgments based on listening positions. that reproduce and solidify forms of colonial, racist and misogynistic power». And in that sense he cites, for example, the critic Frankie Pizá, who described the Super Bowl gig as “obscene”, and not precisely because of the amount of meat that was seen: “That they intend to honor someone like Malcolm with some ladies in leathers forming a letter X, or a Marxist party like the Panthers moving their hips in the break of one of the biggest celebrations of consumption and capitalism in the world, it is so stupid and offensive that it is not even necessary to spend a second on it ».

Herrera replies to Pizá that «sexism, racism and classism come together in this quote that with a stroke of the pen reduces the singer and her cast to the condition of female bodies, black, hypersexualized and without discourse to point out, in a logic allegedly progressive, the capitalist of that action». And both are partially right since there are valid elements of criticism in both speeches.

Something similar happens when the author defends Beyoncé from those who see a clear contradiction between her supposed political commitment and the lyrics in which he calls other women sluts or advertises luxury brands for free like Givenchy. Herrera also sees racism in that criticism, since those qualifiers and references to clothing brands “have been part of the hip-hop subculture since its inception,” and ignoring it would be an exercise in white cultural supremacism. But his argument denies the disruptive power that he would have to break with those cliches, and one could even inquire that he implies that to criticize Beyoncé from an anti-capitalist perspective, you have to be black.

In her convoluted analysis -more for being excessively exhaustive than for twisted-, the author verges on paranoia at some point, as when she dissects the comment that a reader left in a news item that told that Beyoncé had dyed her hair blonde: «What does the black woman do? white? There is nothing more shameful than denying her own condition and on top of it to go to a worse condition, that of being white. Go cute, even if you dress in silk…». Anyone would say that it is a racist statement but not against blacks, but against whites. But Herrera turns it around by pointing to the term ‘cute’ as an allusion to biological racism, from which she deduces that the comment is actually loaded with irony. When the reader most likely ended her comment with a catchphrase that she could have ascribed to any white artist.

And this is where the book will be extremely interesting for lovers of dialectical debate, and rough for that general public that gets bored of thinking things over – especially when talking about pop – either out of conviction or intellectual incapacity, even more so when he has to face a reading crammed with quotations and developed with strict academic language.

In any case, ‘Beyoncé at the intersection. Pop, race, gender and class’ (ed. Dos Bigotes) opens the reader’s eyes to many realities -or, at least, debates- that always remain on the margins of the analysis of a massive musical phenomenon, and is therefore a necessary and valuable contribution to the pop literature of the 21st century.

The racism that does not let us see Beyoncé