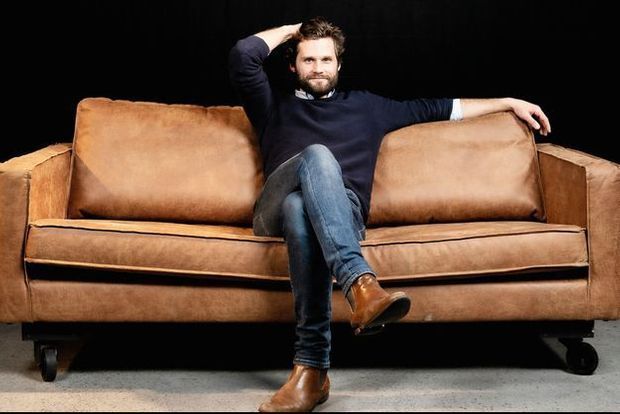 The wonder boy of the French theater stages his first musical. We met him a few days before the premiere.

It is easy to imagine the enchanted afternoons of young Alexis between a painter father of Polish origin and an English translator mother. Or a feast of shows and movies on the big screen, because “there was no TV at home. Musicals are part of my dual culture, ”laughs the 38-year-old man. At the end of autumn, he signs the staging of “The Producers”, a film by Mel Brooks that has become a cult musical spectacle. A risky bet with sixteen actors and seven musicians. All without a headliner.

Read also:Alexis Michalik: “My theater is a theater of humility”

“I had been thinking about this piece for ten years. During a meeting with the staff of Stage Entertainment, I realized that they had the same idea, ”he says. Two confinements and as many postponements later, here he is in the deep end. “I wanted to put on this show with a troupe, as I do in my own creations. “The” ego collections “, very little for him. Result: 2,000 potential candidates, 150 artists received at the auditions to keep only a handful – including a few faithful. “’The producers’ are a real comedy, the game must take precedence. But you also have to learn the tap dance! “

The subject is, let’s face it, a bit of a joke. The story is that of a cornered producer, finding a trick to bail out of a naive accountant: it is to put on the worst show in the world, go bankrupt and rip off insurance. The play in question, written by an admirer of the Führer, will end up being a triumph. Mel Brooks makes it a homage to 1950s Broadway, not without nostalgia, sprinkling it all with Jewish humor. Adapt or betray, the question quickly arose to Alexis Michalik. “For a French audience, the Tony Awards cited in the play say nothing, nor the Irish origin of the American police officers. “Not to mention certain characters – especially female – too stereotypical.

The director has therefore adjusted the shot by erasing certain peculiarities of the text. At the risk of battling with lawyers and beneficiaries. “I wanted to delete a song that I think is more of an unrelated number. Luckily, Mel Brooks is alive, I was able to talk to him on the phone. He understood my intentions. “Michalik did not fail to draw a parallel with his play” Edmond “, evoking the creation of” Cyrano de Bergerac “by Edmond Rostand,” an author sure to have signed a masterpiece in which no one believes. “The producers” is quite the opposite! From theater to theater. But after all we talk better about what we know ”.

And Michalik knows very well what he is talking about: five pieces in ten years, huge successes to support them, a second film in editing, a book in the bookstore. A young audience, who did not come to the theater, filled its rooms. “I am always at the service of history, the staging being used to move the cursor. Then you have to find the best place to tell it. A song takes you a day, a play weeks, a film months, a book years. “Loin”, my novel, is three years. I envisioned it as a series before realizing I couldn’t go through with it. And if tomorrow I think of a text and I tell myself that it would be good for the Comédie-Française, I’ll go see them. Too bad if I am refused. “

It was bottle-fed to Ariane Mnouchkine, Simon McBurney, Jean-François Sivadier or Peter Brook

For him, the problem of private theater is very small: “We take a well-known actor in his sixties, who will choose something a little easy and, around, supporting roles and a shoddy setting. What I call “sofa pieces”. ” The result is often disappointing. The last real successes in his eyes, such as “The Turing machine” or “Farewell Mr. Haffmann”, are based on a good text and a troop spirit. Michalik, he was bottle-fed Ariane Mnouchkine, Simon McBurney, Jean-François Sivadier or Peter Brook. But he feels he doesn’t have the capacity to create such strong things.

“There is no calculation in what I do. I just put on the shows that I would like to see. I hate being bored in the theater. The persistent cliché associated with theater, especially among the younger generations, is that nothing is happening there. Whereas it is the place of the living where we encounter this magic of the ephemeral. ” Obviously, Alexis Michalik is delighted at the idea of ​​surprising with “The Producers”. Via Instagram, he invited followers to rehearsals. “It’s important to have that kind of feedback, to know when it’s laughing or not.” A few hundred meters from the Théâtre de Paris, “The Lion King”, another Stage production, is full. “We hope to fill at least 80%. Below, it is not viable. ” No pressure on the eve of the premieres? “With“ The Producers ”, we don’t really know what we’re going to see. Many only know the film, have probably forgotten it. So, above all, don’t tell the end! ” the one who has “lived with it for two or three years” hardly jokes. For Alexis Michalik, the time has soon come to find a new idea