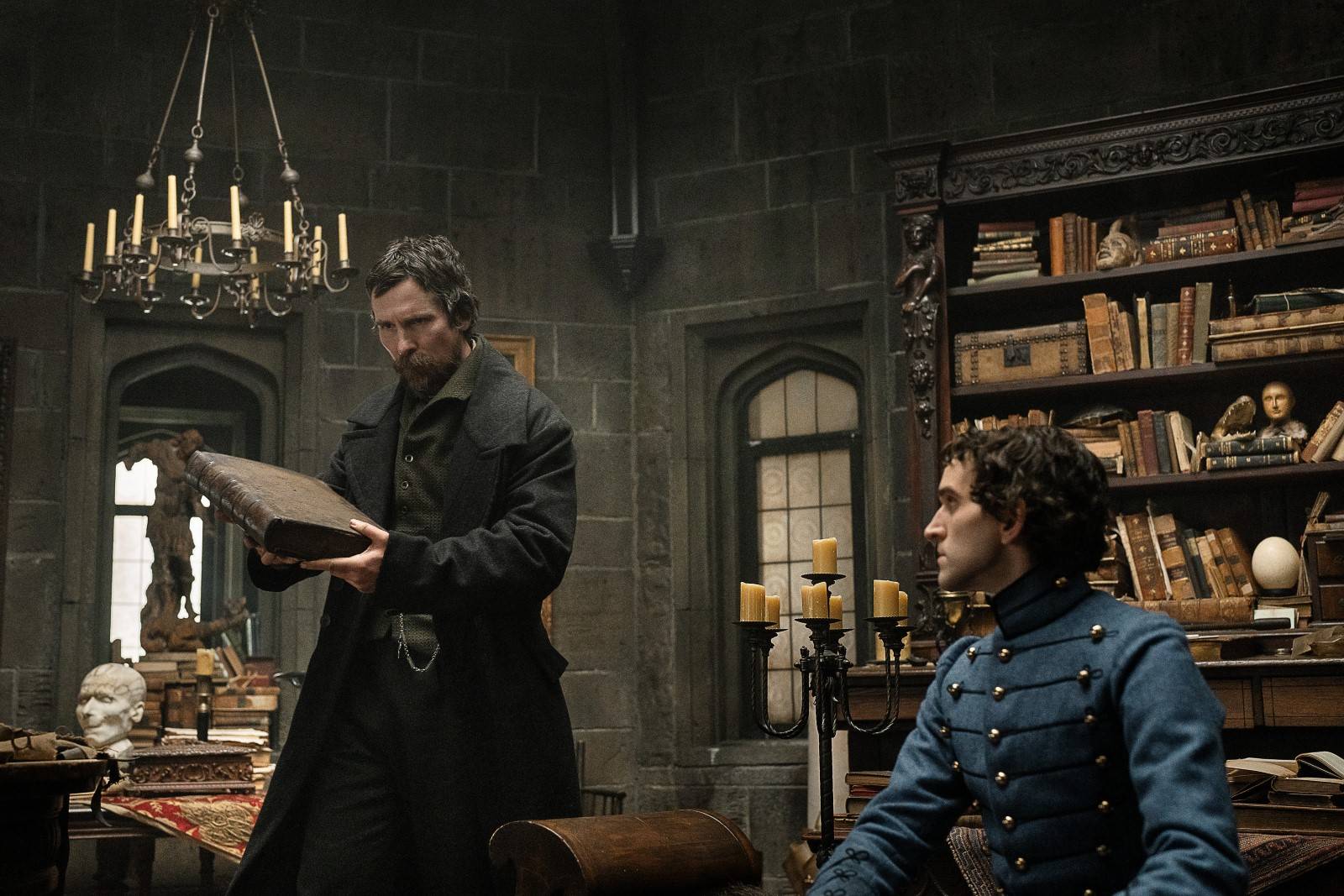 After Glass Onion (2022) and White Noise (2022), Netflix continues to deliver ambitious films with stellar casts. In the gothic thriller The Pale Blue Eye, available since January 6 on the platform, it is the impressive Christian Bale, Gillian Anderson, Charlotte Gainsbourg, Lucy Boynton and Harry Melling who are bursting the screen. But does the presence of these prestigious players justify the detour?

Christian Bale and Harry Melling in “The Pale Blue Eye” (2023)

In 2023, streaming platforms continue to walk on the tones of dark rooms. Since January 6, we have been able to discover the new film by American director Scott Cooper (Hostile, The Blazes of Wrath) entitled The Pale Blue Eye, which features a prestigious cast. In fact, we find Christian Bale, Gillian AndersonHarry Melling (Harry Potter, The Ladies Game), Charlotte Gainsbourg or even Lucy Boynton (Bohemian Rhapsody). And the least we can say is that the story of the film, ambitious, is at the height of these 5-star actors.

Adapted from a historical detective novel of the same name published in 2006 by American Louis Bayard, The Pale Blue Eye recounts the shrewd investigation by solitary veteran detective Augustus Landor (Christian Bale) into a sordid series of murders (and desecrated bodies) perpetrated in 1830. To find the murderer of several military academy cadets from West Point, New York, the policeman calls on one of them – an expert in analysis and deduction – who is none other than the future American writer and poet Edgar Allan Poe (Harry Melling).

Christian Bale and Charlotte Gainsbourg in “The Pale Blue Eye” (2023)

The Pale Blue Eye, a gothic thriller between “Sherlock Holmes” and “Penny Dreadful”

The idea of ​​using a real character as illustrious as this great figure in literature could be confusing. But from the first minutes, The Pale Blue Eye captivates the viewer with its black beauty and its inhabited and moving characters. Christian Bale excels as a tortured and disillusioned widower, bruised by the mysterious disappearance of his daughter. Gillian Anderson is perfect as a worried mother ready to do anything to heal her sick daughter and Harry Melling fascinates with her subtle performance and her disturbing resemblance to Edgar Allan Poe.

The dark atmosphere, the haunted landscapes, the lively dialogues (sometimes very poetic) and the epic and bewitching music also contribute to making this new Netflix production a gothic gem, in line with the series. Penny Dreadful (2014) with Eva Green and some movies from Tim Burton. Despite some slowness and bloody shots that are not necessarily necessary, the film, which has its eye on the side of mysticism and Satanism, is far from being a pale copy of other films of the genre such as sherlock holmes. Cherry on the cake ? A totally unpredictable end, far from the simplistic and Manichean outcome.

"Harry Potter": why Emma Watson almost gave up the role of Hermione Granger
Harry Styles' girlfriend, Olivia Wilde, becomes his personal cheerleader by dancing heartily and sup...
From Mindy Kaling to Amy Schumer! Over 400 women demand abortion protection from Hollywood - The In...