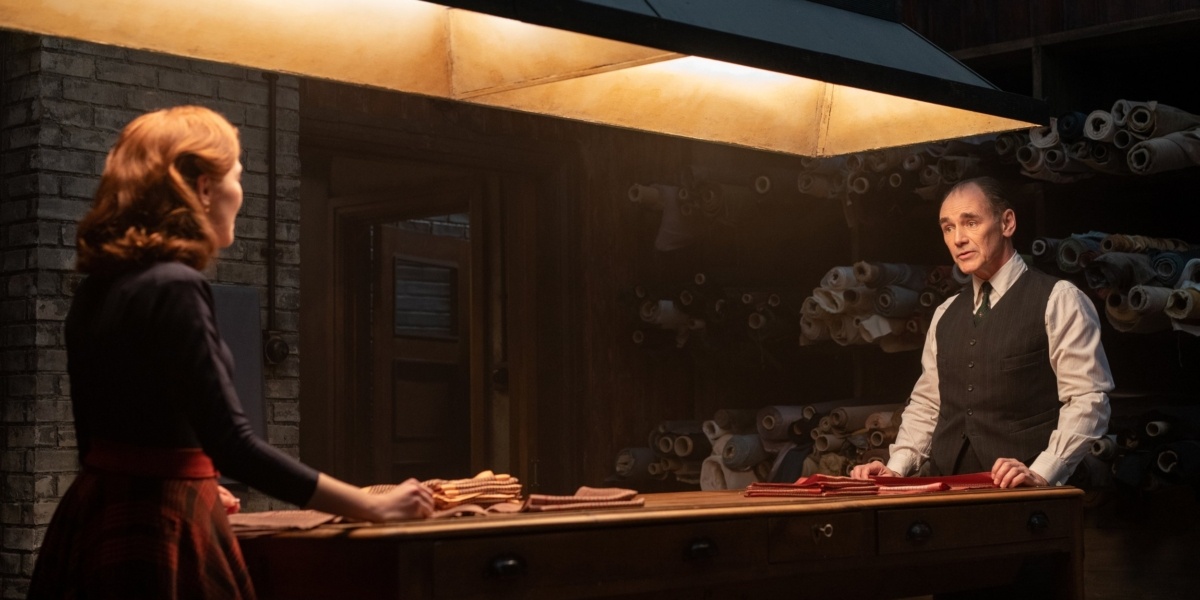 If, like me, you’re a fan of old-time gangster movies, this twisted and enjoyable new flick starring Mark Rylance will probably scratch your itch. graham moore Costume It’s set in 1950s Chicago, with warring mobs, shootouts, rats, and betrayals galore. But he restricts all his action inside an unlikely place for his events: a tailor shop.

Rylance plays a devout cutter/tailor known only to Chicagoans as “English,” a seemingly soft-spoken gentleman who has a fatherly affection for his secretary Mabel (Zoey Deutch). He has long provided suits for local mob boss and his son Richie (an impulsive Dylan O’Brien), as well as his quietly scowling countryman Francis (Johnny Flynn).

When a sudden betrayal occurs on the store floor during a search for a suspicious rat, English finds himself forced into silence, caught in the middle of a gang war that has turned his store into a temporary headquarters. When Mabel gets into this dangerous situation, it’s up to English to use her wits to save them both.

Told in the manner of a one-room setting, the plot is excellent and the writing benefits from some real polish. Sample Dialogue: “Don’t you know how to say one thing when you mean another? You’re English, I thought you were good at it.

With a script like this, you can see why it attracted an actor of Rylance’s caliber, and his performance is predictably excellent: a masterpiece of shifting loyalties and sidelong appraisals. Unfortunately, not everyone is on the same plane, which is a real problem in such an intense and self-contained story.

Johnny Flynn falls disappointingly flat as a cold-blooded killer; it’s an ambitious attempt at channeling a quiet Tom Hagen-esque threat, but Flynn seems to lack conviction or seriousness. As a result, what should be menacing seems pretty weak, and the role is too pivotal to pass up.

The film’s aesthetic is bland, too: the visuals are surprisingly unattractive: brown, understated, with a digital sheen that makes the well-appointed period costumes and production look modern and contrived.

Costume tells a great story, sure to keep viewers enthralled, but there are elements of its execution that fall by the wayside. I’m curious to see what Graham Moore does next: If he can pull together his weaknesses as a director, his storytelling skills suggest a promising future.