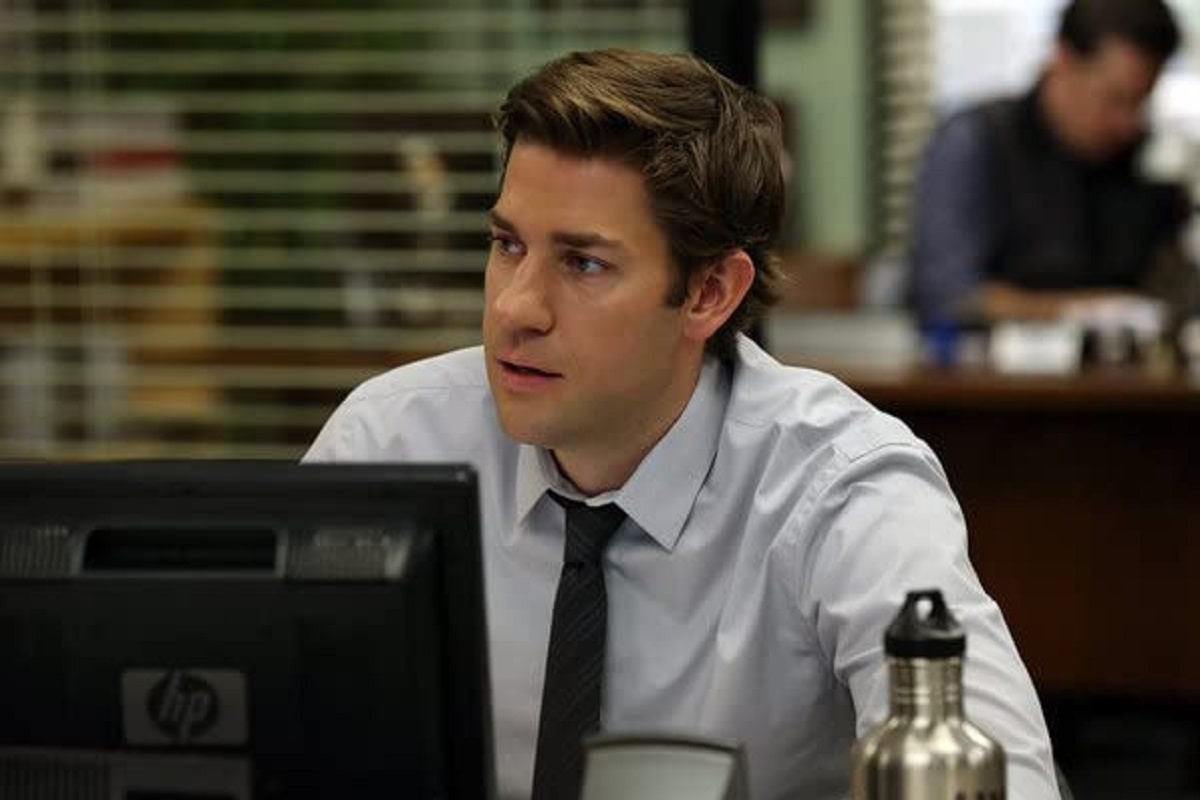 In general, the writers and the director are the ones who determine the narrative direction of any movie or series. However, there are special cases in which some actors end up influencing the plot. That was what happened to John Krasinski during the eighth season of The Office (US). While he was never known to go against production decisions, the Boston-born didn’t let Jim and Pam’s romance take a stain.

Specifically, what happened is that Pam took maternity leave and was replaced by Cathy in the office. The new temp was in love with the character of Krasinski and the showrunner Greg Daniels wanted to take that crush to another level by getting Jim and Cathy to kiss. However, and to the surprise of the team, John refused to shoot such a scene.

The 42-year-old artist made that revelation in Welcome to Dunder Mifflin: The Ultimate Oral History of The Office, the new oral history book of the iconic television comedy. According to what was reported in IndieWire, the American actor noted:

“I remember answering things that I never thought I’d say before, like, ‘I’m not going to act it out.’ My feeling is that there is a threshold that you can scare our audience away. It’s such a dedicated thing. We’ve shown them great respect. But There’s a time when if you push them too hard, they’ll never come back. And I think if you show Jim being unfaithful, they’ll never come back. “

Later, in that same text, it is specified how this betrayal was going to happen: “The kiss between Jim and Cathy would have happened while they were on a work trip in Florida, but the creator Greg Daniels ended up being convinced by Krasinski’s request and cut from history “. We recently reported that The Office It is among the 100 best series of the 21st century according to the BBC.

The Office: The Scene John Krasinski Refused to Film