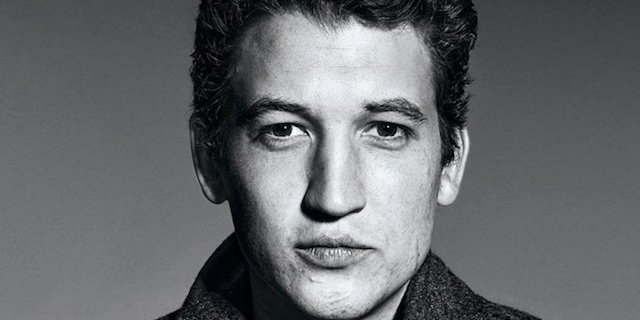 The miniseries The Offer, centered on the making of of The Godfather, has just seen its cast turned upside down after the announcement of the replacement of Armie Hammer by Miles Teller. The latter will also be the executive producer of the project.

Series The Offer tells the true story of Oscar-winning producer Albert S. Ruddy whose legend has it that on the set of Godfather, he was approached by the famous godfather Joseph Colombo, then president of the League for the defense of the civil rights of the Italo-Americans. He was leading a campaign against the film accusing him of assimilating all Italian-Americans to the Mafia. From this meeting, an agreement is reached agreeing that the film of Francis Ford Coppola would not mention neither the expression Mafia nor Cosa Nostra.

The series, in production since last year for the Paramount + platform, has seen its cast change. As confirmed Collider, Miles Teller will play producer Albert S. Ruddy. The actor replaces Armie Hammer, who was withdrawn from the project due to various charges of sexual assault. In addition to playing the producer, Teller will also be in the credits as an executive producer.

The 34-year-old American actor is best known for his work in feature films such as Whiplash, winner of three Oscars in 2015, the reboot of Fantastic Four, or the incomplete saga Divergent, whose last installment was canceled. But this won’t be Miles Teller’s first appearance on the small screen. He was part of the main cast of Too Old to Die Young, the series by Nicolas Winding Refn, available exclusively on Amazon Prime, and appeared in an episode of The Unsuals.

In his projects, Miles Teller is expected in Top Gun: Maverick, where he will share the screen with Tom Cruise, and in Escape from Spiderhead, cough two performed by Joseph Kosinski (Tron: Legacy, Oblivion).

The announcement of the actor to the casting is not the only information that Collider reports us since the media also announces that Albert S. Ruddy himself will lend a hand to the production of The Offer.

Recall that the series is not the only project to tell the story of the filming process of the Godfather. Due to the approach of the 50th anniversary of Coppola’s cult film, another project but this time in feature film form is in production. It would star Oscar Isaac – in a young version of Francis Ford Coppola – and Jake Gyllenhaal – at the helm of Paramount Studios.

Series The Offer, which will feature ten episodes, has no release date at the moment.