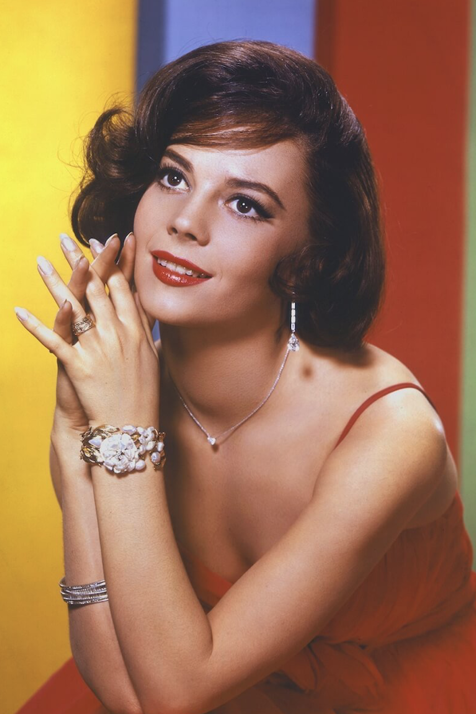 Hollywood has led to countless horror stories almost always carried out by young actresses who fell into the worst hands at the most vulnerable moment of their lives. However, few are as tragic as that of Natalie Wood, the child prodigy who spent her last days on a yacht with Robert wagner, her husband, and Christopher Walken, friend of both. We will never know for sure how Natalie ended up floating, lifeless, in the water, near the coast of Santa Catalina Island.

The official death certificate assured accidental death. Robert wagner remedied the account in 1986, stating that Natalie Wood slipped trying to get on an inflatable boat in the middle of the night. Detail: the actress I barely knew how to swim And there is a possibility that she was drunk.

The death of Natalie Wood, unforgettable María in ‘West Side Story’ (1961), continues to be one of those unsolved crimes candidate to become a ‘true crime’ series that triumphs in streaming. The last police movements related to the case took place in 2011, when the Los Angeles County Sheriff reopened the investigation upon receiving new data from Dennis Davern, captain of the yacht Splendor, scene of the alleged crime.

Davern confirmed that he had heard Natalie Wood and Robert Wagner discuss that night and the cause of death changed in the official report from “drowning” to “drowning and undetermined factors.” The death of the actress was reclassified as “suspicious” and Wagner was designated as “person of interest” (possible implicated) by the Los Angeles Sheriff’s Department. Lana Wood, Natalie’s sister, has spent years demanding that Wagner “tell the whole truth once and for all.”

This terrible death ended a life marked by abuse of all kinds almost from minute zero. In fact, legend has it that a fortune teller predicted before her birth that she would become an internationally admired beauty and die in the water. Natalie Wood’s childhood was not easy: her father was an alcoholic who completely ignored what was happening in the family. Her mother, determined to make her a great actress, subjected her to a wild psychological abuse since childhood, to the point of suffering from phobias and paranoia. Natasha Zakharenko He was born in San Francisco to a family of Russian immigrants who saw in their daughter the possibility of escaping poverty. The desire of Natalie Wood’s mother to see her daughter succeed in Hollywood was such that At the age of 15, she allowed a great Hollywood star to brutally rape her.

At that time, he was trying to land a role in ‘Rebel Without a Cause’ (1954), starring James dean and for which he achieved an Oscar nomination (he would have two more: for ‘Splendor in the grass’, 1961, and for ‘Loves with a stranger’, 1963). In ‘Natasha’, the biography of Natalie Wood written by the writer Suzanne Finstad, it is only revealed that the rapist was “one of her childhood idols, powerful, married and a movie star twenty years her senior.” The scene Natalie told a friend is very similar to the one reported by the victims of Harvey weinsten.

Should go to your suite in a Los Angeles hotel to test, reading a scene with him. After offering her a drink, Natalie asked about her role and the part she had to play in the audition. “I always wanted to fuck you,” he replied. The paper had been bait. Before leaving the room sore, bloody and covered as he could with a coat, the rapist yelled, “If you tell someone, this will be the last thing you do.”

Something that Natalie Wood also didn’t tell anyone how she got into the hands of Frank Sinatra, when he was only 14 years old. Again it was his mother who went to cocktails with the singer and, in exchange for what is unknown, gave him access to his daughter. George Jacobs, Sinatra’s right-hand man for 15 years, recounted it in his memoir: “It was a romance that, unlike others, kept totally secret, because she was younger, even if I didn’t act like one, “he wrote. Jacobs related that Sinatra adored little Natalie, but”he did not want to end up accused of abuse and rape of a minor like Charlie Chaplin, Errol Flynn or Roman Polanski“However, the young actress became his property and, with the excuse of singing lessons, they regularly saw each other alone.

In the biography on Wood, Suzanne Finstad states that the relationship with Sinatra “was the most traumatic secret Natalie carried with her.” In addition, it reveals something that Scott Marlowe, the actress’s fiancé at 18, told her about his intimacy with her. “It was quite obvious that she had been abused: she knew things unseemly for a girl her age.” Another of her youthful boyfriends, actor Robert Hyatt, related something similar. “During the time I saw Sinatra, he matured in an absolutely sad way. Nobody cared for her. Her drunken father probably knew nothing of what her mother did with her. Natalie was like an orphan surviving on the street. “