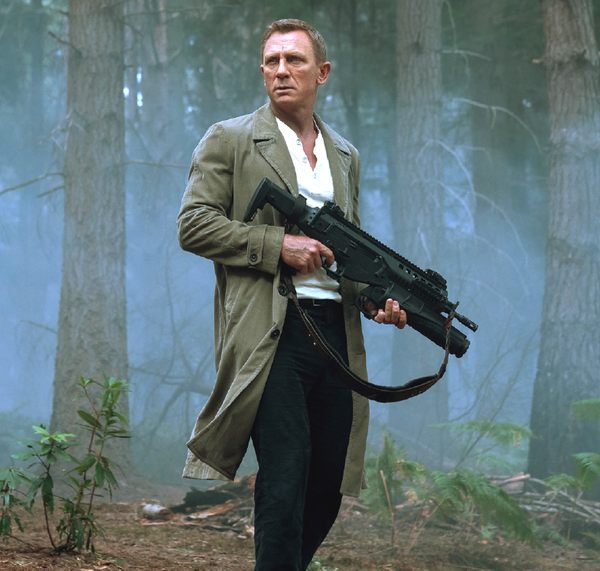 James Bond has left the secret service and is living happy days in Jamaica. But his tranquility is short-lived as his old friend Felix Leiter from the CIA arrives to ask for his help in rescuing a scientist who has just been kidnapped. But the mission turns out to be much more dangerous than expected and Bond finds himself on the heels of a mysterious enemy holding formidable technological weapons…

Filmed on film (35 and 65 mm), in Italy in Matera, Jamaica, Norway and Scotland, by Linus Sandgren, who surprises with his aesthetic choices, Dying can wait is the 25th film in the James Bond saga. For the last time, Daniel Craig embodies Agent 007, a character he has played in the four previous films since 2006. This new adventure innovates by starting with a pre-generic sequence integrated into the action and ending on a melancholy note ( with Louis Armstrong’s final song from 1969’s James Bond) and pessimism that has divided fans of the saga but is tempered by the usual final card “James Bond will return”. Co-written and directed, replacing Danny Boyle, by Cary Joji Fukunaga, Dying can wait meets the expectations of connoisseurs by not neglecting any of the obligatory codes such as the famous Aston martin DB5 customized by Q, the famous cocktail, the hero’s favorite phrase, the eventful scenes scattered in all corners of the planet, the usual protagonists: M ( Ralph Fiennes), Q (Ben Whishaw), Moneypenny (Naomie Harris) and the James Bond Girl on duty, embodied this time, too quickly, by the sexy Anna de Armas, etc. The soundtrack composed by Hans Zimmer includes the familiar musical themes of the saga and the credits, still as visually sophisticated designed by Daniel Kleinman, are sung by Billie Eilish. For this excessively long film, if the link with the previous adventure brings back certain characters like Madeleine Swann (Léa Seydoux), Félix Leiter (Jeffrey Wright) or Blofeld (Christopher Waltz), new scripts are essential: Bond retired replaced by a new agent 007 (Lashana Lynch), characterization of a new villain with the edifying name of Lyutsifer Satin (Rami Malek), advanced bioweapon “Herakles” based on nanorobots and DNA, new car Aston Martin Valhalla. Dying can wait does not derogate from previous adventures: a lot of action for a story that is never believable (saving the world) but highly entertaining, gadgets, exceptional vehicles, destruction of all kinds… and the film keeps its promises even if it would have greatly gained be more concise. On the action side, the objective is fulfilled, on the emotional side, the romance has struggled to settle with this monolithic James Bond more inclined to fight than to coo. The filial and family dimension that seems to want to develop this adventure, to better approach the humanity of the hero no doubt, has a hard time convincing. As for the character of Nomi, new agent 007, her status as a black heroine is very ambiguous, because she is largely dominated by the charisma and the power of the omnipresent white hero. For his last Bond, Daniel Craig, who started with the memorable Casino Royalewill have been entitled to a mission fertile in action but whose romantic fiber is hardly convincing: a nostalgic end to the cycle, alas very languid by the excessive stretching of its plot and by its too great formalism specific to Hollywood blockbusters. 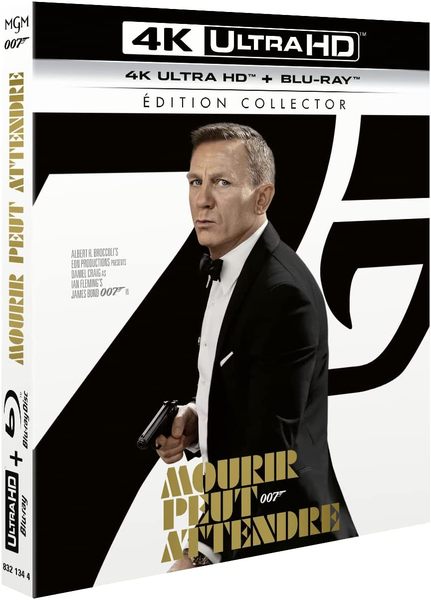 His : English mix Dolby Atmos, very clear and balanced dialogues in the center, extreme dynamics on the action scenes (vehicles, shootings) and the energetic music of Hans Zimmer, spectacularly immersive spatialization with 360° sound dispersion on all surrounds, height channels bring a general additional amplitude and even, very punctually, on some dialogues, solid and very effective LFE; the VF does not benefit from Atmos coding but does not defend itself too badly in 7.1, neat dubbing (Léa Seydoux), good dynamics, clear dialogues but more artificial voices and more narrow sound space, effective LFE

the melancholy end of the Daniel Craig cycle (in UHD, Blu-ray, DVD and VOD)