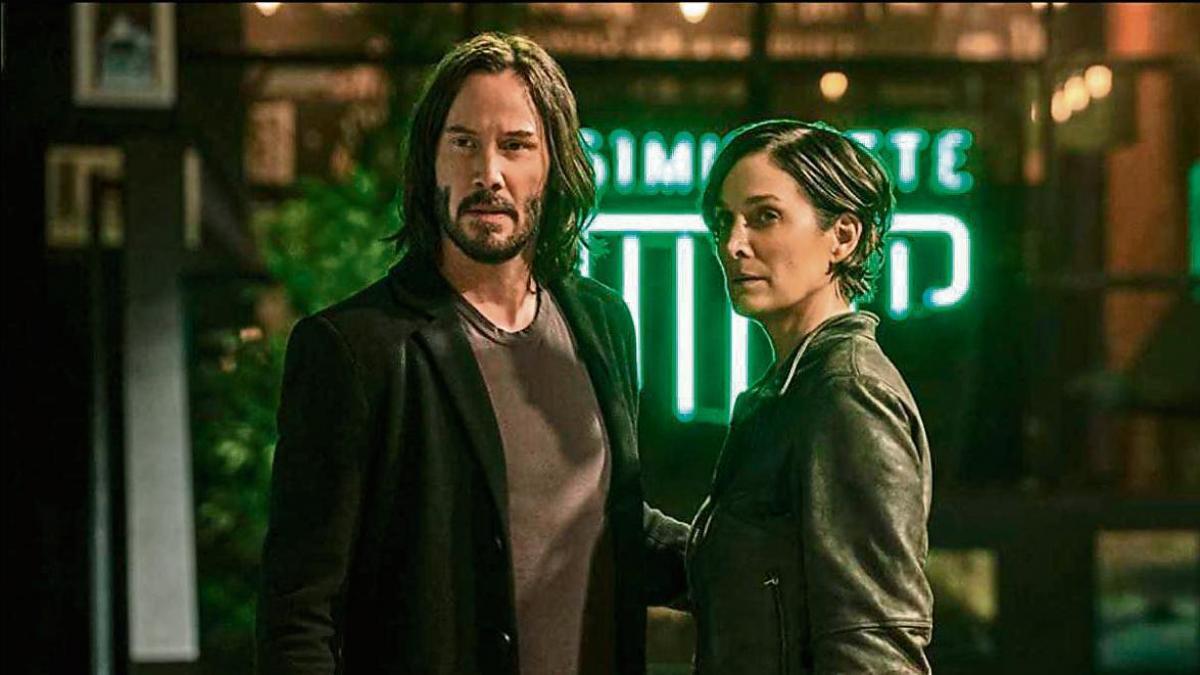 Matrix It wouldn’t have been the same without the love story between Neo and Trinity, played by Keanu Reeves and Carrie-Anne Moss, two humans from the future who discover the deception they were being subjected to by a tyrannical machine-controlled system, leading them to to become leaders of the resistance. Almost two decades later, the actors have returned to meet their characters in the fourth installment of the saga, Matrix Resurrections.

Since the third film, in 2003, nothing more was known about one of the most incredible stories in science fiction cinema. Keanu, 57, and Carrie Anne, 54, recently chatted with the magazine Entertainment Weekly about the affection that binds them to this story. The Canadian actor has been sincere: “Speaking in depth, regarding why this movie was made … it is because it is a love story between Trinity and Neo.”

For Reeves, the love with which director Lana Wachowski wrote these characters is so much that it was inevitable to return to Matrix: Resurrections. When the filmmaker called him on the phone, he remembers that it was like one of “those phone calls where, even though you’re at home, you wake up.” The desire to return was evident and he could never have done it without his costar. “I’ve never felt like this before – knowing that I’m an extension of her heart playing this role,” says Carrie Anne Moss of the character created by Lana Wachowski.

In the opinion of the actress, also known for Memento Y Jessica Jones, among others, “I had a wonderful experience when I was in my 30s, during the original trilogy; It was profound, and being able to do it again, so many years later, alongside Keanu and Lana, has been incredible. The experience of doing it, in a similar way to the other three, has been fabulous, “said Carrie Anne in an interview with the newspaper. Los Angeles Times.

The reunion of the actors was so emotional that they say that the two really cried while filming some of their scenes. “It’s that deep down it’s a deep love story, and that part of the Matrix was the one that resonated the most with me. At the end of the first movie, Trinity proclaims that he knew who ‘The Chosen One’ was going to be because The Oracle told him that he would realize who he was because he would love him. I always imagined that there were others, and that she would say, ‘no, these are not,’ “says Carrie-Anne Moss with a laugh.

But the romance between Neo and Trinity stayed on the screen. In real life, Keanu and Carrie Anne began a friendship that continues to this day. The 54-year-old actress married in 1999, the same year as the premiere of Matrix 1, with actor Steven Roy, with whom she has three children: Owen, 18, Kaden, 16, and Frances Beatrice, 12. Moss has declared on many occasions to be eternally grateful to Trinity, the character who brought her glory with 32 years.

The actress is a very homely woman who enjoys the company of her family and the practice of yoga and meditation to lead a more spiritual life. He has a YouTube channel where he teaches various techniques and his Instagram account is full of images with friends, family and messages with constant references to the need to lead a healthier and more balanced existence.

Reeves’ love life is marked by a moving story

Keanu, 57, has also always been very discreet about his private life. In fact, little or nothing has been known about his romantic relationships, which he has never made public. Two years ago, she appeared at a gala with artist Alexandra Grant. It was the first time in 20 years that the Hollwyood star had been seen with company.

Reeves’ love life is marked by a moving story. In 1998 he met the one who was the love of his life, Jennifer Syme. A year later, she gave birth to their first daughter together, who was stillborn. Syme fell into a deep depression that meant the beginning of the end for the couple, who ended up separating. Keanu and Jennifer remained friends, but in April 2001, the young woman, who was 29 years old, was killed in a traffic accident.

From that moment on, the interpreter of John Wick he did not make any sentimental couple official again. But his list of love affairs has been long; some of his co-stars became the actor’s partner for more or less time. It was the case of Cameron Diaz, Diane Keaton, Winona Ryder, Charlize Theron or also Claire Forlani