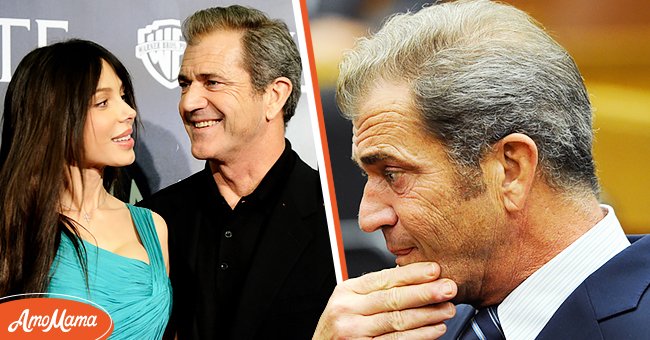 Controversies usually surround most Hollywood stars, and American actor Mel Gibson is no different in this regard. Learn about the actor’s scandalous past, and how he managed to change his life.

Renowned Hollywood actor, director and producer, Mel Gibson was one of the hottest names in the early 2000s. Indeed, with many accolades to his name and a CV few could match, this one was at the height of his glory. He produced, directed and starred in the historic epic film “Braveheart”.

Things were going well for Gibson until an incident in 2006 hampered his career. Find out everything that happened, and how he dealt with the situation.

In 2006, Gibson was arrested for drunk driving, which prompted him to make anti-Semitic comments. Things only got worse when soon after a secretly recorded audio clip of him went viral.

In this recording, the actor could be heard making derogatory and blasphemous remarks against his then-girlfriend, Oksana Grigorieva.

The actor had planned to plant a tree at his Malibu property in honor of his then two-month-old daughter Lucia, but things didn’t go as planned.

According to a source, the actor has accused Grigorieva to flirt with the gardener, and was so angry that he left because he didn’t want to hurt mother and child.

Her mother then advised Grigorieva to tap calls from Gibson, who kept calling after he left in anger. In the leaked recording, the actor could be heard using racial insults, threatening, homophobic and sexist remarks.

About a month later, Grigorieva accused Gibson of domestic violence, claiming he hit her in the mouth and temple. She had lost two teeth in the process, which led to a domestic violence investigation against the actor.

On October 16, 2016, during an interview with an Australian broadcaster, Gibson said he left his past where he needed to be, and added that he had been sober for ten years.

The “Braveheart” star credited Alcoholics Anonymous, of which he was a member, for helping to change his life. Gibson admitted to slapping Grigorieva, but clarified that he did not hit her like she claimed. He also said he only did it to prevent her from harming Lucia.

He has affirmed that Grigorieva had grabbed Lucia’s hand in her bassinet and shouted at her to stop screaming or damaging their child’s mental development.

Grigorieva then ran with Lucia in his hands in a dimly lit garden with thorny trees. The actor said he begged her to go back inside with their daughter. She agreed, but then ran into their eldest son’s bedroom.

Gibson admitted he didn’t handle the situation as well as he should have. He also worried about the brutal way in which Grigorieva shook and rocked Lucia, rocking her body from side to side to keep Lucia out of reach.

The actor admitted that this incident was the worst moment of his life, and that what happened should not be made public. He accused the media of portraying him in a false light, and said his sobriety was constantly questioned. However, Gibson insisted he would not be building on the past.

The actor and producer received a ten-minute standing ovation at the Venice Film Festival, during the premiere of “Hacksaw Ridge”. The film was nominated for six Academy Awards, Gibson was nominated in the “Best Director” category for his first directorial role in over ten years.

Since then he has worked on the action thriller “Force of Nature” by Lionsgate, and played a role in the animated film “Chicken Run”, and many projects are planned.

He is also expected to reboot “Wild Bunch”, as well as low budget films like “Fatman”, “Last Looks” and “Boss Level”. Gibson won’t be playing in the sequel to “Chicken Run,” but that decision has nothing to do with his past behavior.

Questions still arise about Gibson’s career, which is still the subject of criticism from many people in Hollywood. Recently, actress Winona Ryder accused him of making homophobic comments about her in the 1990s.

She said he called her an “aven-dodger” in reference to the Holocaust. Actor Seth Rogen called Gibson a Holocaust denier when he played Santa Claus in a movie.

Gibson denied making the comments, and accused Ryder of lying. This has made people wonder if he has really changed.

Writer Frank Rich criticized Gibson’s film “The Passion of Christ” for its anti-Semitic propaganda. Yet this historic drama grossed over $ 600 million at the box office. Gibson pitched the idea for a sequel to “The Passion of the Christ,” but insiders say the film is not in active development.

Gibson is believed to have gotten off lightly, and that in the event of another incident, those who supported him may be made to reconsider their relationship with him. Gibson’s closest friends believe he paid the price for his behavior, and that he has shown himself to be a changed man, without further controversy.

Regardless of off-camera controversies, Gibson is known to be respectable and appreciated by his colleagues on set. Additionally, he was praised for his work ethic. A producer who recently worked with him said there was no problem and the star was an exceptional collaborator.