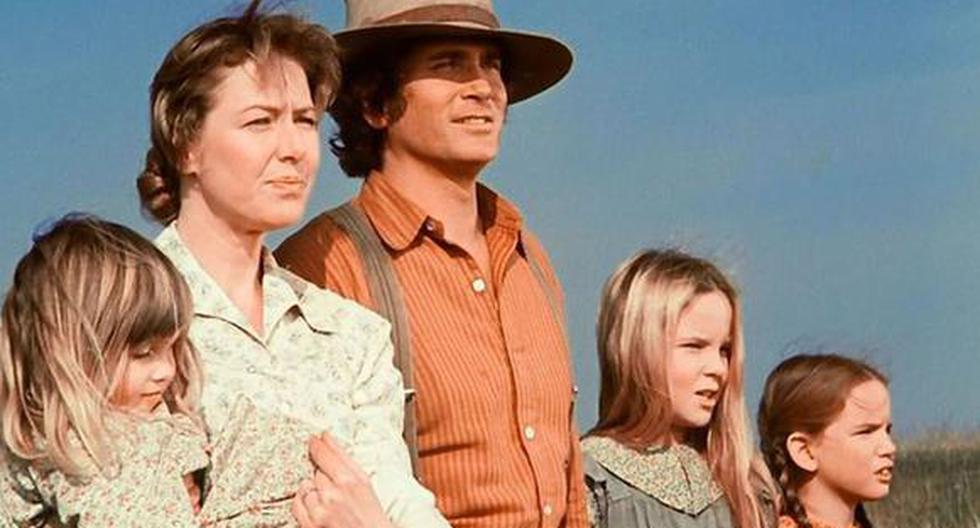 Although it was filmed more than four decades ago, “The Ingalls Family” (“Little House on the Prairie”) is still considered one of the public’s favorite television series. The show ran for nine seasons and aired on NBC between 1974 and 1983, becoming an unprecedented international success.

“The Ingalls Family” followed the life of a family living on a farm in Plum Creek, near Walnut Grove, Minnesota, in the late 1800s. The story is based on the eponymous book saga by Laura Ingalls Wilder and was broadcast more than 40 years ago in the United States.

Michael Landon was the star of the show, he also produced and directed several chapters of the series. Throughout its nine seasons, “The Ingalls Family” has introduced us to a large number of actors, including Sean Penn, who passed out on the television set. What happened? Here we tell you the details.

MORE INFORMATION: “The Ingalls Family”, the series that launched Jason Bateman to fame

“LA FAMILIA INGALLS”: THE TIME SEAN PENN APPEARED ON THE SERIES AND BREAKED ON THE SET

In the first season of “The Ingalls Family”, which aired in 1974, Leo Penn directed episode 11 of the series and cast his wife Eileen Ryan and son Sean Penn to appear on the show.

In the episode, Sean Penn appeared as an uncredited extra. According to IMDb, it was Penn’s first television role. At that time, the famous man was 13 years old. While the role was not credited, “Little House on the Prairie” still served as Penn’s acting debut.

“They brought Sean on set to hang out and be an extra,” revealed Alison Margaret Arngrim, an actress who played Nellie Oleson on the show. “It had no lines, it was just in the scene,” he told Yahoo Entertainment.

Penn may not have had any lines in the episode, but he ended up talking a lot off-camera. However, during the recordings of the show, Sean went through a bad experience.

“Little House on the Prairie” was filmed in an area of ​​California where temperatures skyrocket during the summer. The cast actors had to spend that time, hot days, in period clothes. The high temperatures made the youngsters faint.

During the tapes, heat washed over Sean Penn and he passed out. “This great teenager fell like a sack of potatoes!” Recalls Arngrim. “And he did not get up again: I always got up again. He was depressed for the day, ”she noted.

Penn’s plight ended up convincing the cast and crew of the show that the heat was a real problem for young actors like Arngrim. “They cut me a lot [después de eso]”, He says. “They said, ‘Maybe she’s not making this up,'” the actress revealed in that interview.