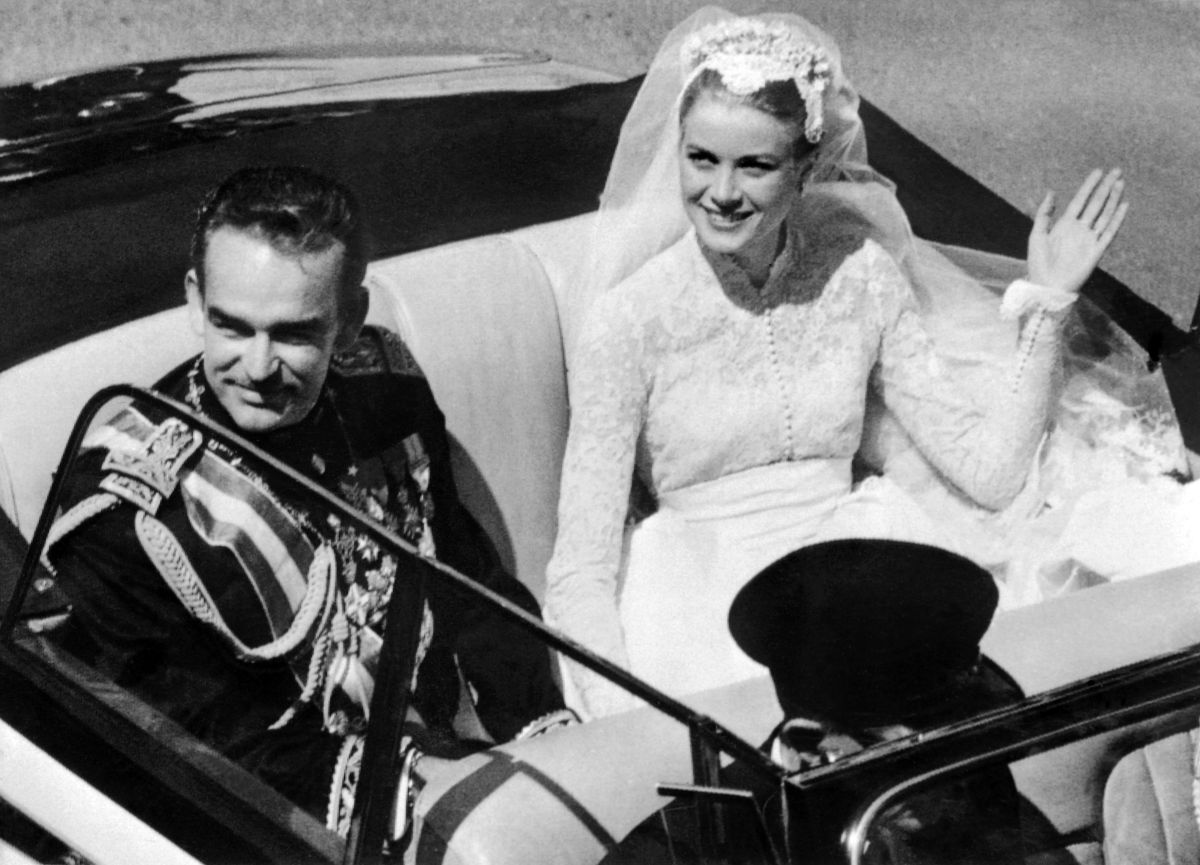 Grace Kelly began acting as a child. After high school, she attended the American Academy of Dramatic Arts in New York, while auditioning for Broadway plays, making a living modeling and appearing in television commercials.

Her performance in “The Country Girl”as the long-suffering wife of an alcoholic songwriter played by Bing Crosby, It earned him an Oscar in 1954.

While filming another Hitchcock movie, “To Catch a Thief” in 1955, On the French Riviera, Kelly met Prince Rainier of Monaco. It wasn’t love at first sight for Kelly, but the prince began a lengthy correspondence that led to their marriage in 1956.

On April 19, the bride arrived for the religious ceremony on the arm of her father, Irish-American businessman and Olympic gold medalist John B. Kelly, Grace’s wedding dress was a wedding present from MGM Film Studios, designed by Helena Rosa. The designer worked on it for six weeks with the help of three dozen seamstresses.

The wedding dress was made of 125-year-old Brussels pink silk taffeta, tulle and lace.

The royal couple had their religious ceremony at the Cathedral of Monaco, they had around 600 guests and more than 30 million viewers watched from their homes. The event was dubbed the wedding of the century.

According to the tradition, the royal couple made a trip to pay their respects to the shrine of Saint Devout, patron saint of Monaco, after the wedding.

Subsequently, she became Princess Grace of Monaco and retired from acting. She had three children and occasionally narrated documentaries. Kelly tragically died at the age of 52 when her car fell off a mountain road on the Côte d’Azur in September 1982.

The famous wedding of Prince Rainier III of Monaco and the glamorous actress, Grace Kelly