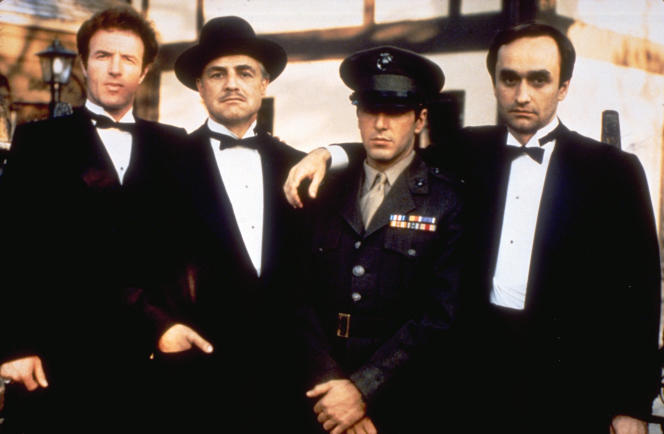 James Caan is first remembered in death. Not the one that just took away the American actor, last July 6 in Los Angeles, at the age of 82, but the one, magnificent, furious, that he gave to the character of Sonny in The Godfather (1972) by Francis Ford Coppola. Riddled with bullets at the gates of a motorway tollbooth, his body collapsed in apotheosis, in a rough and splendid torsion, memorable, as every time an actor manages to portray the supreme moment in this way.

By his athletic build, his hairy and well-tempered masculinity, his square face, all protruding jaws, his liveliness of play brooding with bursts of brutality, Caan was in line with a James Cagney, who too, in the skin of a gangster, had been able to die in an incredible crash at the end of hell is his (1949, Raoul Walsh). Knowing how to go up in smoke is not given to everyone.

Child of the Bronx, James Caan, known as “Jimmy”, was born in New York on March 26, 1940, of a family of German Jewish immigrants, the son of a kosher butcher without a store who transported the quarters of meat in the back of his van. He makes a brief detour to university, where he shares the same benches as the young Coppola, who becomes his friend, practices all kinds of extreme sports, from rodeo to karate, but above all catches the theater bug.

In 1960, he enrolled at the Neighborhood Playhouse School of the Theatre, a drama school in New York, and took lessons from Sanford Meisner, author of a method based on the instinct and spontaneity of the actor. . He made his debut in the off-Broadway and, like many actors of his generation, accumulated appearances in episodes of television series (The Incorruptibles, Young Doctor Kildare, Road 66, Alfred Hitchcock presents). He accesses film sets under the side of figuration, then small roles: we see him fleetingly, here as a sailor in Irma the sweet (1963), by Billy Wilder, there as a juvenile delinquent in A woman in a cage (1964), by Walter Grauman.

It was a great master of the classic age then finishing in Hollywood, Howard Hawks, who spotted him and put his foot in the stirrup, giving him the main role of a racing driver in Red line 7000 (1965), a resounding flop (of which the actor will keep a deplorable memory), then of a clumsy young greenhorn in the late western Eldorado (1966), between John Wayne and Robert Mitchum. Three years later, his comrade Coppola entrusts him in The Rain People (1969) a very beautiful supporting role, that of an ex-football player with a burned brain, whom a drifting woman hitchhiked in the middle of his road. It is however a telefilm which will establish its notoriety, Brian’s Song (1971), where he plays another footballer, this time suffering from terminal cancer.

You have 38.9% of this article left to read. The following is for subscribers only.

The death of James Caan, unforgettable interpreter of Sonny in “The Godfather”