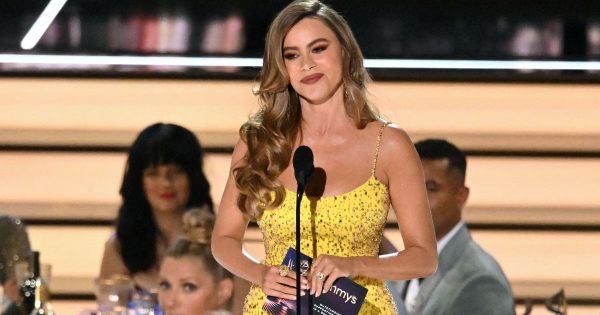 From the beginning, the Vina del Mar Festival It has enjoyed various entertainers who have directed and conquered the monster of Quinta Vergara and its guests.

Over the years, there have been many communicators who have passed through the Viña del Mar stage, however, one who stole the eyes and hearts of all the spectators is Antony Vodanovicwho spent 29 years receiving the singers who came to perform at the contest.

Along with him, many models were by his side to accompany him in this task. This is how one of the chosen ones was the acclaimed and famous Colombian actress Sofia Vergarawhich was part of the management of the festival event in 1994 and 1995 when it was not yet a world star.

It was in her first year as an entertainer, when she was triumphing as a model, that Sofía Vergara accompanied Antonio Vodanovic and welcomed artists as popular as Luis Jara, Maná, Paulina Rubio and Illapu.

In addition, his passage was not exempt from awards, due to the fact that Sofia Vergara she took the famous crown as Queen of the Viña del Mar Festival, which demonstrates the great impact that her arrival in Chile had at that time.

After this incredible experience where the actress It was on Viñamarino soil, Sofia Vergara He traveled to the United States to start his career on the screen with the big chain, Univision.

This is how, years later, the Colombian woman became famous worldwide and received many awards in well-known television contests for her participation in the sitcom, Modern Familywhere she played Gloria along with great Hollywood actors.