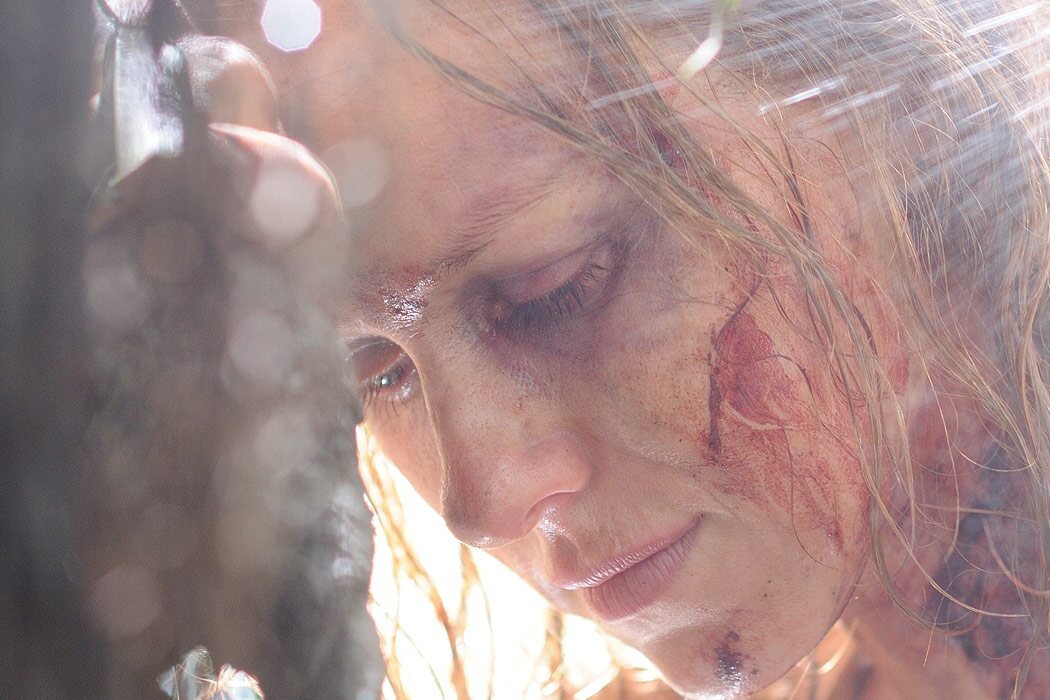 The general feeling is that his great moment has passed. It was long-lasting, it was full of huge movies, but it’s been a bit disoriented for a while now. However, if one carefully reviews the filmography of Naomi Watts from her beginnings until today, the news is much more favorable. And the rewards much more substantial.

‘The impossible’, JA Bayona’s best work to date, continues to be a dramatic experience as shocking and exciting as the first day, but, without a doubt, the virtue that continues to shine with special intensity is still that duo formed by Naomi Watts and Tom Holland, who carried the best moments of the film on their backs, crossing the screen with their looks, their complicity, their gestures, the real and tangible love of a mother and her son united by terror.

And it is that one could keep many things from ‘The Impossible’, but will always end up surrendered before the eyes of Watts and the smile of Holland. The human drama of a mother and a son who strengthen their union to limits that the rest of us are incapable of understanding. 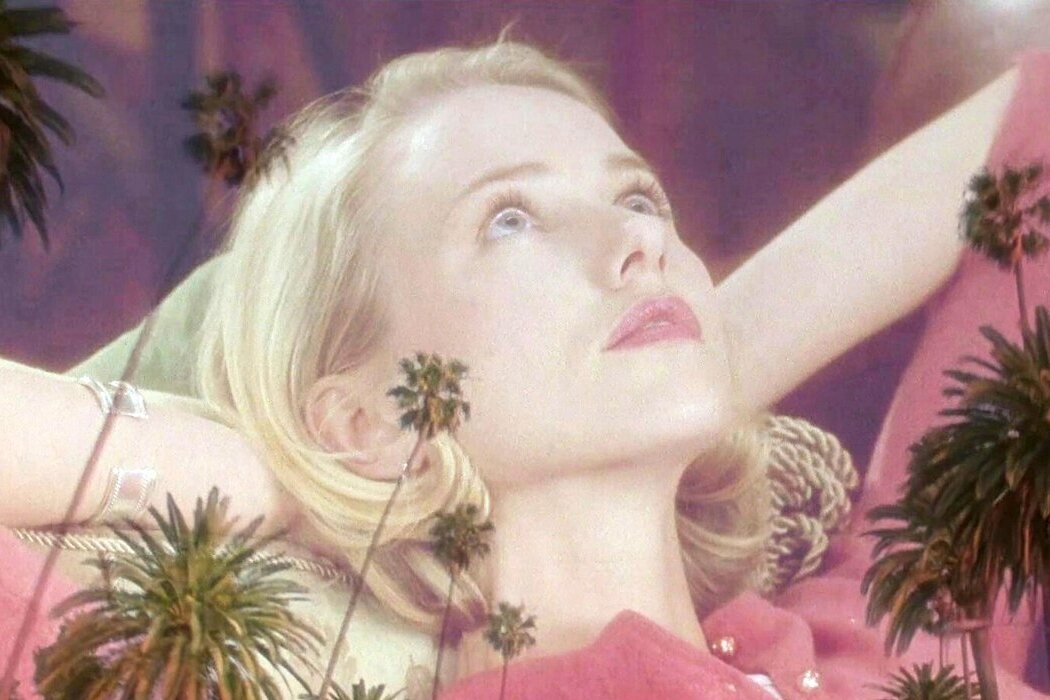 ‘Mulholland Drive’, above honors awarded on many occasions that place it as the best film of the century or David Lynch’s artistic peak, was born to blow up, rebuild and elevate the thriller to infinity. You may like it more or less, you may find it masterful or irritating, it may be both, but you will never be able to debate the paramount importance of this labyrinthine nightmare on the Olympus of contemporary cinema. An essential film that also helped us to discover Naomi Watts with what, even today, could well be the best interpretation of her professional career. Impossible to list the number of scenes to remember that an actress leaves totally mimicked with the material she is dealing with.. A recital, come on.

What is ’21 grams’? First, the weight we lose when we die. Second, a film very close to perfection. After the resounding success of ‘Amores perro’, Alejandro González Iñárritu once again enlisted the help of Guillermo Arriaga to shape a new story of intertwined stories marked by a specific event, in this case an accident, in which they once again demonstrated its overwhelming ability to capture in the most shocking way possible pain, suffering and the suffocating search for inner peace and apparent external calm.

In their final leap to Hollywood, they also had the invaluable help of a golden interpretive trident led by an impressive Naomi Watts, thus rounding off one of those works that leave their mark, impressive in its formality and unfathomable in its content. A film that adds strength with successive viewings, thus overcoming the litmus test of validity.

While many of us continue to fight for ‘King Kong’ to be elevated as the masterpiece that always was, in addition to being one of the best adventure movies of recent decades, Peter Jackson’s remake has been stuck between love and hate since almost the day of its release. However, there are some indisputable points where both admirers and detractors of the film can be found and one of them is, without a doubt, the interpretation of Naomi Watts. Every scene in which she appears, without exception, radiates a light, a magnetism and a presence on par with the great stars of Hollywood history.. A major job in an essential film.

Ok, if you had already seen in 1997 the original film by Michael Haneke that, ten years later, he ‘remade’ for reasons still unknown, you would not feel cheated. But if you sat in your favorite seat ready to enjoy the new mystery horror film starring an impressive Naomi Watts, we can imagine your face 111 minutes after the show began. Describing ‘Funny Games’, in any of its two (identical) versions, seems like an impossible task. This deep and stark, hypnotic and perfectly calculated work about human evil that does not listen to reason or common sense is among the most outstanding works of its director and leading actress. That is, big words.

Naomi Watts’ last great performance to date we find her in ‘Infinite Storm’, a real tour de force where the actress brings out almost all of her talent. Carrying the full weight of the film on her shoulders, despite some minor characters appearing along the way, Watts shows a security, a conviction, a strength and a sensitivity that only leaves room for the deepest admiration. A stunning performance.

Written and directed by the great Noah Baumbach, ‘While We’re Young’ is one of those dramatic comedies (and vice versa) where the lucky actors who star in it have fabulous material to play with. And if on top of that it is an actress like Naomi Watts who is in the lead, total victory starts from the very first whistle. Accompanied by a restrained Ben Stiller and a wonderful supporting cast, the actress knows at all times what the film and her character need, delivering a work of fascinating simplicity and tons of charm.

While we are young in eCartelera

Despite the fact that it was received with a certain coldness by critics and the public, who agreed on the absence of surprises in the proposal, ‘Hunt for the spy’ continues to be a really enjoyable political thriller from practically all of its elements. Everything works remarkably in a film where it stands out a magnificent Naomi Watts who ends up stealing the role from himself Sean Penn thanks to a perfectly measured interpretation.

Hunt the spy in eCartelera

Promises of the East in eCartelera

Proof that remakes can outperform their original, ‘The Ring’ was Gore Verbinski’s first big box office hit who, after the deserved failure of the horrific ‘The Mexican’, achieved glory with this review of one of the most interesting Japanese horror films of the last years.

The key, once again, was in the director’s ability to bring different and daring elements to the story, letting his personality, especially the visual one, conquer each scene, achieving some of the most powerful images in the genre. A very dedicated Naomi Watts did the rest for the film to become a little cult gem that terrified an entire generation who keeps remembering her between chills.

The signal (The Ring) in eCartelera

We talk about an actress whose delivery in each role, whether major or minor, is always totalcompletely away from the fearsome temptation of autopilot. Perhaps that is why it hurts more when we find her in projects far below her possibilities, something that, of course, did not happen in the tapes that make up this special, works where Watts shone with an especially forceful light.

In addition to this set of ten major interpretations, located in films at the height, such interesting proposals as ‘The painted veil’, ‘Mothers and daughters’, ‘St. Vincent’ or ‘Demolition’, another good number of examples that serve to demonstrate the talent of Naomi Wattsone of the great actresses of recent years.

The Best of Naomi Watts in 10 Memorable Performances