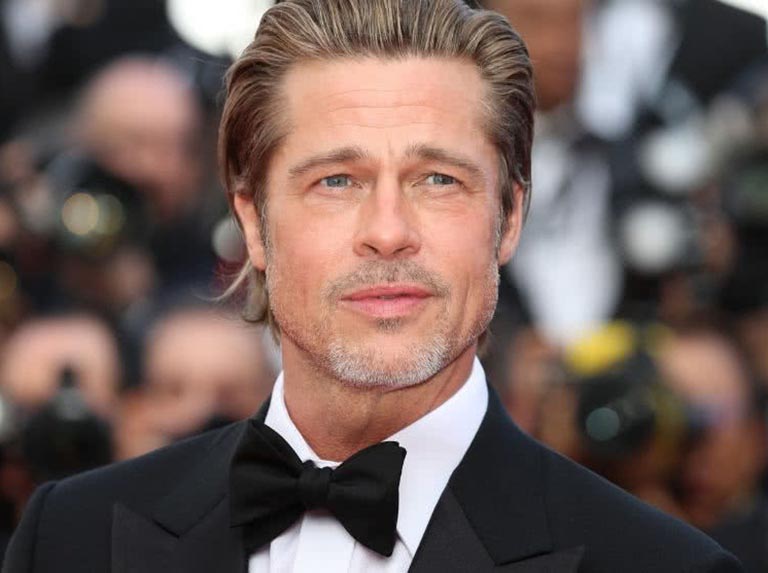 Cowboy, bandit, cop, vampire, criminal, Trojan war hero and godmother’s boyfriend. If there is an actor who has known how to transform himself to create epic characters, it is Brad Pitt, who this Saturday, December 18, celebrates 58 years of age.

His real name is William Bradley Pitt and although he made a living by disguising himself as a giant chicken, he later reaped a successful career, with films that not only impress the audience, but also the critics, for which he is worthy of the highest awards. coveted in Hollywood: Oscar, Golden Globes, Bafta, People’s Choice and a long etcetera.

What are the films that made Brad Pitt one of the favorite actors, producers and directors of the last 34 years? Coming up next, we tell you:

Although Brad began acting in 1987, it was in 1991 that his talent began to be noticed, thanks to the character of JD, a cowboy who seduced Thelma (Geena Davis) to steal her. Since then, he not only showed talent, but also began to be considered as a sex symbol.

Cult film. In this adaptation of the Anne Rice novel, the birthday boy played Louis de Ponte du Lac, an 18th-century vampire who is in love with Tom Cruise and Kirsten Dunst. The cast is completed by Christian Slater and Antonio Banderas.

Louis lives haunted by the death of his wife and son and in the midst of his sadness he meets Lestat de Lioncourt (Cruise). 200 years pass and De Ponte is in a hotel room in San Francisco, telling his story to journalist Daniel Molloy (Slater).

This is another great gem of the seventh art. In “Se7en”, Brad Pitt shares credits with Morgan Freeman, Gwyneth Paltrow and Kevin Spacey, who give life to a suspense film that

Based on a true story, this film tells how apinist Heinrich Harrer (Brad Pitt) started an expedition to climb Mount Everest in the autumn of 1939, but his claims were set back when World War II broke out and he was confined to a camp. English concentration camp in India together with his partner Peter Aufshnaiter (David Thewlis).

While trying to flee, the mountaineers managed to escape to the sacred land of Tibet, a place forbidden to foreigners. There Harrer established a deep friendship with the current Dalai Lama, a boy at the time, and fell in love with the customs, culture and way of life of all those monks who live there.

He witnessed the horrors of the Chinese army, which invaded the holy land of the monks and trampled an ancient culture.

A cult film based on Chuck Palahniuk’s novel of the same name, “Fight Club,” it was directed by David Fincher and starred by Edward Norton, Brad Pitt and Helena Bonham Carter.

According to FilmAffinity, the film is about a young man who is tired of his gray and drab life, and struggles with insomnia. On a plane trip he meets a charismatic soap salesman (Tyler Durden), who holds a very particular theory: perfectionism is a thing of weak people, only self-destruction makes life worthwhile. The two then decide to found a secret fighting club, where they can vent their frustrations and anger, which will be overwhelmingly successful.

The melancholic Benjamin Button is very different from the character written by F. Scott Fitzgerald, but that does not mean that it ceased to be a blow to the ground in terms of box office and recognition of Brad, its protagonist, who obtained his first nomination at the SAG Awards, four nominations to the Golden Globes and his second nomination for the Oscars.

The film accompanies a man (Brad Pitt) who is born with 80 years and is rejuvenating as time passes; that is, instead of having years of age, he does not meet them, according to the description of FilmAffinity’s plot. “This is the story of an extraordinary man, of the people he meets, of his loves and friends, but above all of his relationship with Daisy (Cate Blanchett), the woman of his life,” completed the portal.

This feature film takes us to World War II and shows us an alternative ending to that of this sad episode in human history, rewriting how Adolf Hitler died: instead of committing suicide for losing the war, he was assassinated.

Raw, bloody, unscrupulous and, above all, thirsty for revenge for so much horror, Brad plays Lieutenant Aldo Raine. The military man is in charge of training a group of Jewish soldiers (“The Basterds”) to attack specific targets.

In “12 Years a Slave,” the honoree has a few scenes and does not have such a notable character, but he was actually behind the scenes as a producer and boy did he do an excellent job, as the film won major film awards.

The best Brad Pitt movies to celebrate his 58th birthday