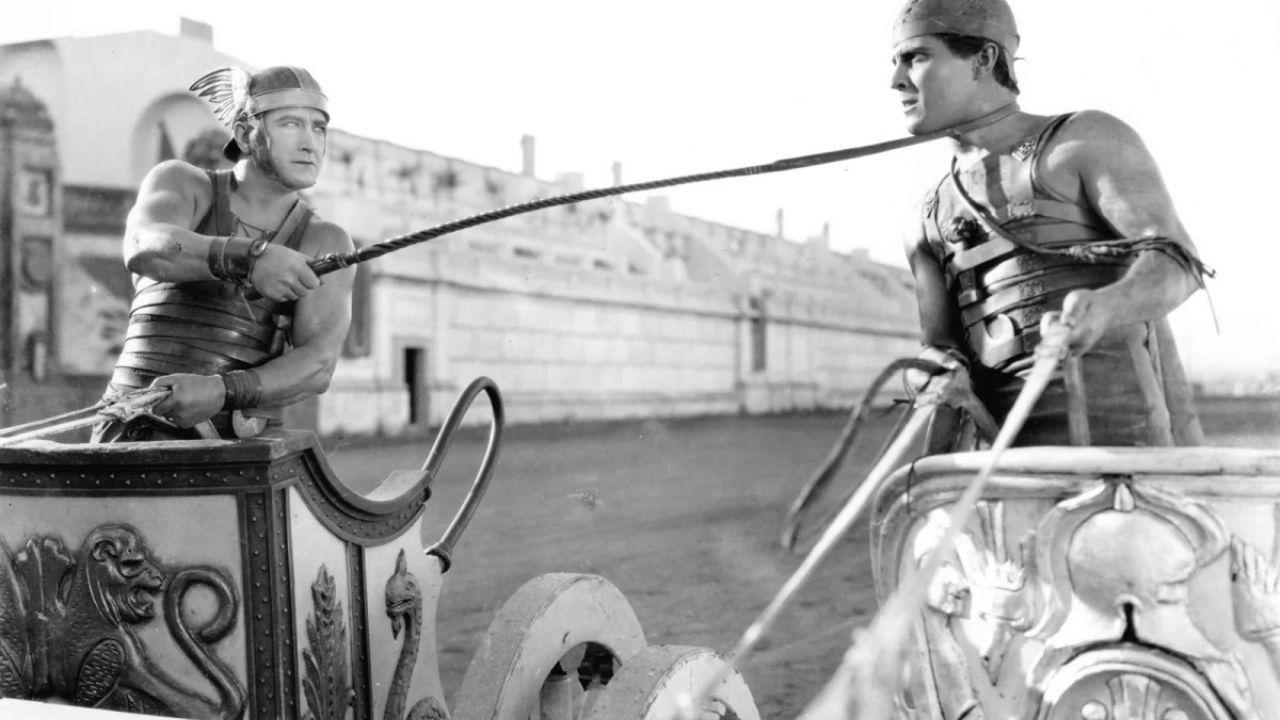 Ben Hur is one of the most famous Hollywood films of all time.but the 1959 version with charlton heston is not the original, since there was a version of this film that few know and that it was filmed more than 30 years before.

What is Charlton Heston’s version of Ben Hur?

version of Ben Hur with Charlton Heston is a 1959 American film, is set in the time of Emperor Tiberius and was directed by William Wyler and produced by Sam Zimbalist for Metro-Goldwyn-Mayer.

The main roles are played by Charlton Heston, Stephen Boyd, Jack Hawkins, Hugh Griffith, and Haya Harareet. It had a budget of 15 million dollars, something almost impossible for the time.

But there was an earlier version, a 1925 silent film of the same title and which is based on the homonymous novel written by Lewis Wallace in 1880.

What was the name of the first version of a Ben Hur feature film?

The older version was called “Ben-Hur: A Tale of the Christ”is a 1925 American silent epic drama and adventure film. It was directed by Fred Niblo and written by June Mathis.

“Ben-Hur: A Tale of the Christ” was starred by Ramon Novarro as the main character, it is the first feature film adaptation of the novel and the second overall, after the 1907 short film.

At that time, the film had a budget of 3.9 million dollars, an unreal amount for the time, since they oscillated in no more than 200 thousand dollars in many of the movies.

With the appearance of the version of charlton hestonthis film became almost canned, since very few remember its existence.

In this way, Ben-Hur had an older version than the successful version made by CharltonHeston, which few knew and that was also made with a millionaire budget.

The Ben-Hur Movie No One Knows About; was filmed before the Charlton Heston version