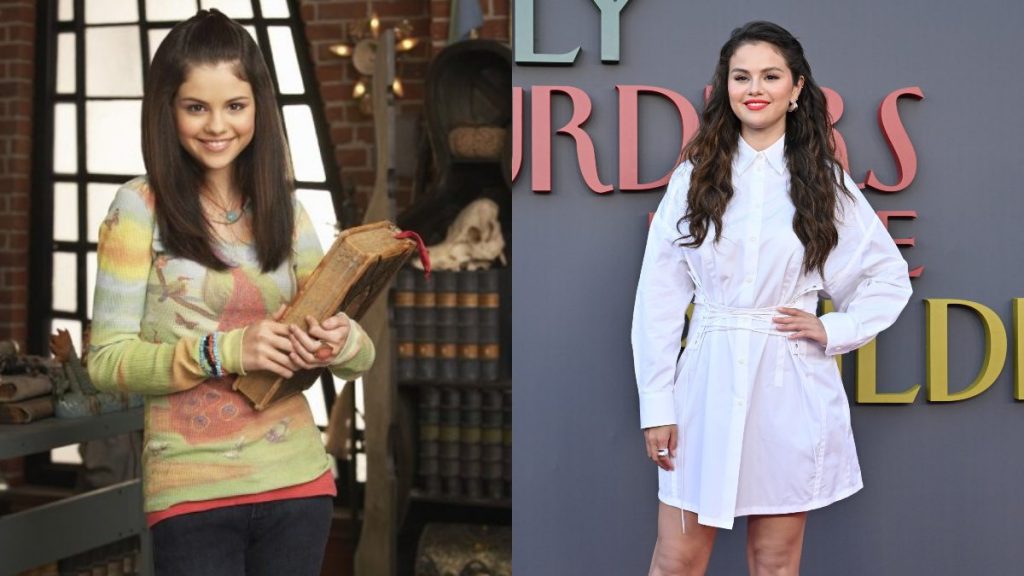 Disney Channel was one of the children’s channels that saw more Hollywood stars shine. From Britney Spears and Lindsay Lohan, to Selena Gomez and the Jonas Brothers, a series of actors and singers went through series, movies and big projects that allowed them to become famous.

Stars who grew up with us and who decided to take different paths in their careers. Many stayed in the entertainment industry, while others chose to keep a low profile, start their own families and enjoy life away from fame.

The before and after of Disney stars

He began his career at the age of 10 in Barney and his friends, and although he had several cameos in Hannah Montana and Zack and Cody: Twins in Action, in 2007 he starred in his own series, Wizards of Waverly Place.

Today Selena Gomez selects well the projects in which she participates, while focusing on her beauty line Rare Beauty.

The singer started out alongside Selena Gomez in Barney and Friends, but her breakout came in 2008 with the movie Camp Rock. From that moment she knew her fame, success and excesses, which led her to fall into rehabilitation on several occasions.

Recovered from her darkest stage, Demi has just released Holy Fvck, her new album that will bring her to Chile on September 13.

The symbol of Disney girls, Miley shot to fame with Hannah Montana. The rest is history, success came, the “rebellion” that was not in the mold of Mickey’s channel and then find her own way.

Before the young generation of Disney Channel, there was Lindsay who gave life to the sisters of the famous movie Game of Twins, released in 1998. She was the protagonist of Crazy Fridays, Confessions of a typical Teenager and Herbie in Full Gear.

Lindsay Lohan is currently starring in upcoming productions of Netflix.

At age 14, she played Rocky Blue on the Disney Channel series Shake it Up, which made her visible in the television industry.

But his great moment to shine was with Euphoria, where he gave life to a dark and drug-addicted character like Rue.

Zendaya’s partner in Shake it Up, the actress quickly moved away from the image of Disney to try several independent films.

Bella also tried her hand at the world of music and is now engaged on social media with her 25.3 million followers.

Hannah Montana’s brother left the entertainment industry in 2016. Even so, he has always remained linked to Disney by participating in High School Musical The Series.

Jason is married four years ago with Katie Drysen.

Selena Gomez’s brother in Wizards of Waverly Place is currently 32 years old, has two children and has been married since 2017.

Since his departure from the Disney Channel, David Henrie has not had such successful projects.

Known for Zack and Cody: Twins in Action, Brenda has kept a low profile since her departure from Disney and has chosen few projects.

Brenda Song is currently in a relationship with Macaulay Culkin, with whom she had her first daughter, Dakota.

How to forget the role of Rico in the Hannah Montana series, with the special humor that made everyone laugh. Moises appeared in Zack and Cody, Wizards of Waverly Place and Pitch Perfect and other movies.

A fan of photography, the actor dedicates his social networks to share his work as a creative director.

Although she began working on television from a very young age, she came to the Disney Channel in 2003 with Es tan Raven and then The Cheetah Girls.

Raven is currently an LGTBIQA+ activist and shares her journey on YouTube.

Read also: Channel 13 announced the date on which it will premiere its new nightlife Vidas Ajenas

The before and after of Disney stars: From Lindsay Lohan to Raven Symone