If he will feature a young Bruce Wayne, the next The Batman DC shouldn’t take the form of an origin story, at least not for the Dark Knight.

In the same way that Marvel did not find it necessary to revisit the well-known story of Peter Parker to introduce Spider-Man to its Extended Universe, the next one The Batman DC shouldn’t dwell on the origin story of the new Bruce Wayne by Robert Pattinson. Unlike Christopher Nolan’s trilogy which revisited the murder of Thomas and Martha Wayne, the discovery of the future Batcave, Bruce’s intensive training and his vigilante debut in Batman Begins, the film directed by Matt Reeves and co-written by Peter Craig will immediately feature a newbie Dark Knight and in office for about two years.

Based on the latest trailer for The Batman, we can imagine that the Warner film will teach the public more about the birth of the Sphinx (Paul Dano), but not only. In a recent promotional interview with Empire, actress Zoë Kravitz (Mad Max : Fury Road, Fantastic Beasts, Divergent) who will play the feline Selina Kyle aka Catwoman, explained that the film will serve as a sort of origin story for her character:

“It’s an origin story for Selina. This is the moment when she begins to discover who she is, beyond someone who is just trying to survive. I think there is enough material to make her grow and I think we will watch her become what I’m sure will be a femme fatale.” 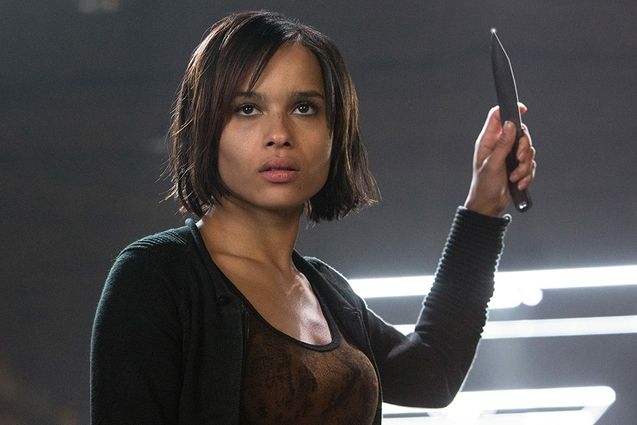 So hoping that the character will receive more attention than the versions of Anne Hathaway or Michelle Pfeiffer (and let’s not even talk about Halle Berry). No sequel is yet planned (although Robert Pattinson is already hot for a trilogy), but the universe of the new Dark Knight still plans to expand on the HBO Max streaming platform with already two spin-off series in development, which could also be similar to origin stories.

The first series will be a prequel focusing on the Gotham Police Department and the beginnings of Commissioner Gordon (Jeffrey Wright) before the appearance of the Masked Vigilante. The second will focus on Oswald Cobblepot aka The Penguin played by Colin Farrell and will retrace the rise of the cult antagonist in the criminal world of Gotham. But before that, The Batman will land in French theaters from March 2, 2022.

The Batman: the film will be an origin story, but not for Robert Pattinson’s Dark Knight