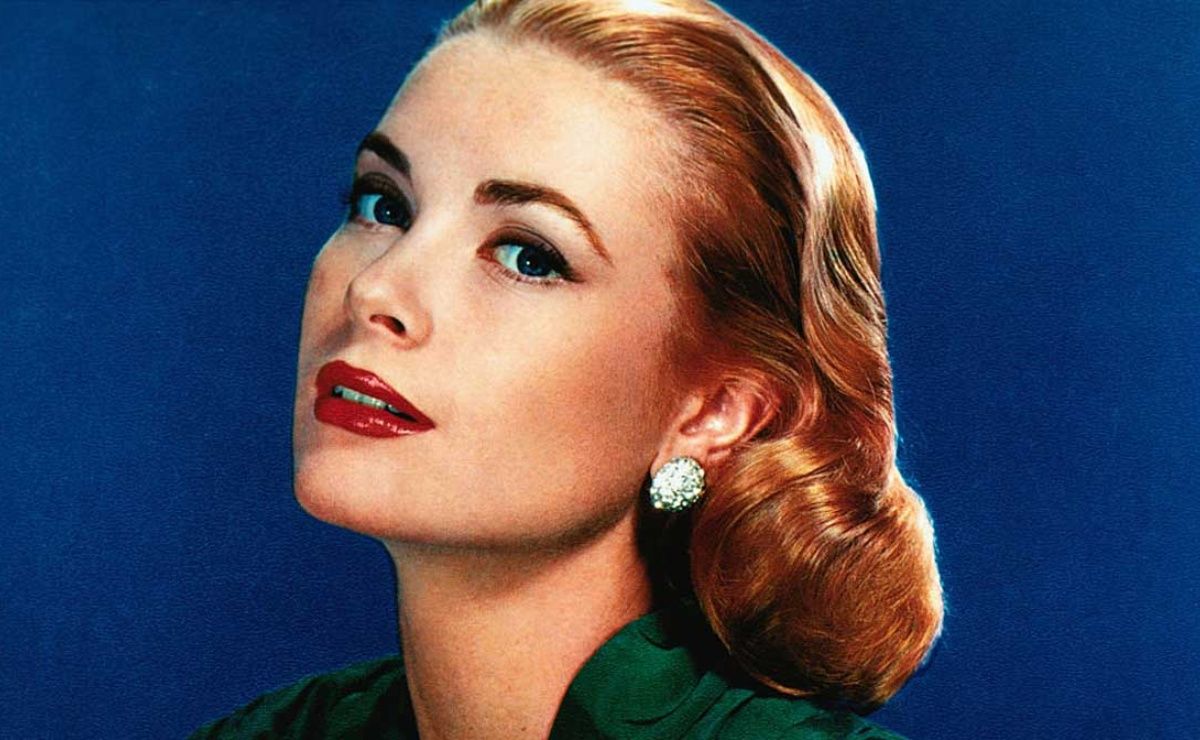 This September 14, 2021 is the death anniversary of the actress and princess consort of Monaco. We review the history of Grace Kelly, the Hollywood star and of the royalty that captivated for many time.

He completed his studies in 1948 at the Academy of Dramatic Arts in New York. The first time he appeared on Broadway was in the play entitled The Father. She received rave reviews for her performance and after this appearance she had many offers to perform on stage and television. It is said that the next two years he played more than 60 dramatic roles.

Wedding between the actress and the prince

In January 1956 the engagement between actress Grace Kelly and Prince Raniero III of Monaco was announced to the world. Considered one of the most iconic royal weddings in history, it took place in the Monaco Cathedral on April 19 of that same year.

The prominent figure at this stage for the actress was Alfred Hitchcock. With him he filmed Dial M for Murder (1954) and It Had to be Murder (1954). After these films, he participated with other legends such as John Ford, Bing Crosby, Ava Gardner, Gary Cooper and James Stewart. In fact, she was the first actress to record three consecutive Hitchcock films.

There were revelations in the book Grace Kelly: Hollywood Dream Girl where they revealed that in her childhood she had an abusive mother, a rude anti-Semitic father and a sister who continually beat her. He was born into a wealthy family — his father, John B. Kelly, had a masonry business in Philadelphia and won a gold medal in rowing at the 1920 Olympics — but his hopes for Grace were not fruitful. His mother gave a very strong education, “demanded obedience”, and he hardly ever saw his father.

Her lady style was complemented by sunglasses, hats and white gloves, which she was fond of. The French haute couture house, Hermès, named a bag in her honor, the Kelly bag. She also liked to change her hairstyle, from the classic loose with romantic waves to the puffy updos.

Name of the film with which Grace Kelly made the leap to the big screen. It was a drama directed by Henry Hathaway and for which he was nominated for best director.

The full name of the actress and princess consort born on November 12, 1929.

Meeting of Grace and Raniero

The actress attended the Cannes International Film Festival in 1955 and did a photoshoot for McCall’s Patterns Book magazine. When she was going to prepare for her date with the prince, the power went out in the hotel! So he went to his date with wet hair, while Raniero was 45 minutes late for the appointment. Despite this, Grace fell in love with the way he treated his animals and the rest was history.

He has a star on the Hollywood Walk of Fame, located at 6329 Hollywood Boulevard.

With 11 films up her sleeve, Grace Kelly’s filmography made her an iconic actress who, despite the short time in Hollywood, filled up enough.

His father, John Brendan Kelly, was also called Jack Kelly. He was one of the most successful American rowers in the history of the sport of rowing and a triple Olympic gold medal winner. He is the son of immigrants and also joined the United States Army during World War I.

The name of the brick business that Grace Kelly’s father had with his brother Charles (the actress’s uncle). The man built his brick mansion in 1929, with 15 rooms and a garden with a tennis court.

That’s the name of the action movie where he appeared alongside William Holden, Frederic March and Mickey Rooney. It was awarded an Oscar in 1955 for best film with special effects.

The film directed by John Ford in 1953. Thanks to her, they got two Oscar nominations: Grace for Best Supporting Actress and her partner, Ava Gardner, for Best Leading Actress.

Actress Nicole Kidman played the role of Grace Kelly in the 2014 film Grace of Monaco, directed by Olivier Dahan.

In 1954, Grace met Oleg Cassini, a Russian-born earl and fashion designer, and they began an affair. It is claimed that they were secretly engaged, but the Kellys objected. When she learned that she would marry the prince, she told him: “One of the reasons I think you are marrying this man is because this is the best script you have ever received. You will be a star for years to come.” .

It is a charity called Grace, Princess of Monaco, which supports emerging artists in theater, dance and film. Give awards and scholarships. They also hold an annual ceremony to recognize new artists from around the country.

What title did you receive

When she married Prince Raniero, she received the title of princess consort. And as Princess of Monaco, she managed to revitalize Monegasque tourism and economy.

With Raniero he had three children: Estefanía, Alberto II and Carolina de Mónaco.

With this film directed by George Seaton and released in 1954, Grace won the Oscar for Best Actress.

On September 13, 1982, Grace drove the car back to Monaco from her country home in Roc Agel. But they suffered an accident when they went off the road at a curve in the road. The car was overturned and Estefanía, her daughter, was accompanying her but was unharmed. Grace passed away the next day without regaining consciousness, at age 52.

The actress’s wedding dress is cited as one of the most elegant and remembered in history, one of the most famous of the 20th century. It was designed by Helen Rose, made with a bodice and wide skirt at the hip with tulle. The ensemble included veil, lace and pearls. Kate Middleton was inspired by this dress to wear hers.

Pop artist Andy Warhol did a portrait of Grace Kelly in 1984 for the Institute of Contemporary Art in Philadelphia. It was a limited edition in silkscreen.

Grace Kelly’s age when she married the prince and became princess of Monaco; he was 26 years old.