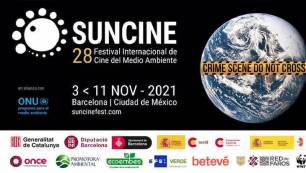 The 28th edition of SUNCINE International Environmental Film Festival, the world’s oldest of its kind, will take place from November 3 to 11 in Barcelona and Mexico City with a participation that is expected to exceed half a million viewers last year. It is already a record in movies received, about 4,000, exactly 3,847, of which more than a hundred, 118 works, have been selected for this contest. It presents a wide variety of formats, from feature films to shorts and animations, which is 80% documentary production. The entire extensive program, with detailed information on each film, is available on the official page of the contest www.suncinefest.com

For the first time in its long history, the festival will take place at the same time in two cities on two different continents, Barcelona and Mexico City, although maintaining the identity of each country. Mexico confirms its interest in Latin cinema while Barcelona has a more international outlook, open to knowing the latest that is being done around the world. 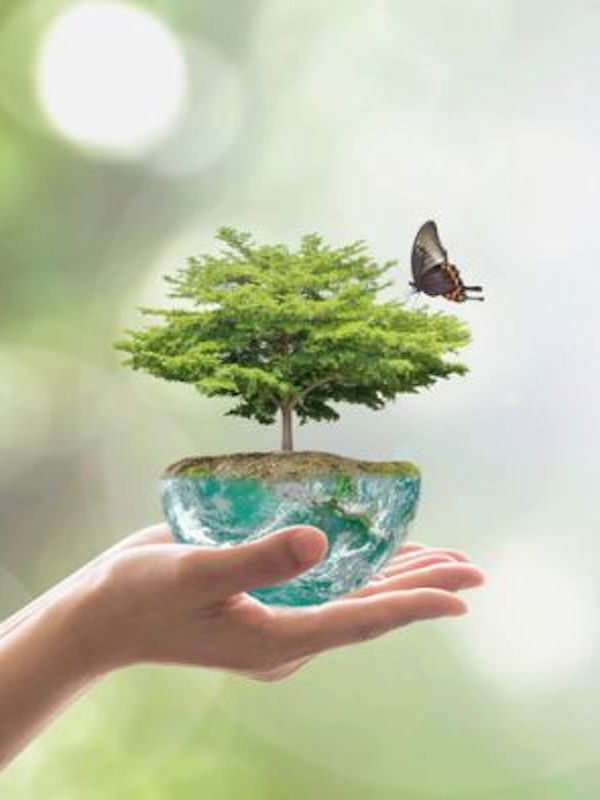 The Golden Sun SpiceHe will be awarded this year to the film Eating our way to extinction, a film that opens the Festival next Wednesday, November 3. Co-produced and narrated by the Oscar winner Kate Winslet, takes the public on a heartbreaking cinematic journey around the world in search of those evidences that anticipate the ecological collapse to which we are heading if we do not put an urgent remedy. At the premiere in Barcelona, ​​its director Ludo Brockway and producer Mark Galdvin will be present, who will collect the award.

In this edition SUNCINE maintains the hybrid bet released last year. In addition to attending the cinemas in person, a large selection of films can be seen from anywhere in Spain and Mexico through the free App Festival application and on public television channels Canal Once (Mexico) and Betevé (Barcelona).

Coinciding with the celebration in Glasgow of COP26, the Festival this year emphasizes the climate emergency and the vision that young people have of it. “We want to listen to them, to explain to us how they are seeing it and what they propose or demand”, explains Jaume Gil, director of SUNCINE. This year they have the support of Gary Dourdan, internationally known as Warrick Brown in CSI Las Vegas, who recalling his participation in the famous television series assures that the crime that worries him most today is the environmental one.

A selection of 10 documentary feature films of the highest level compete in the Official Section for the highest award, “the Golden Sun”, a sort of Environmental Oscar as it is the oldest environmental film award. A wide range of international and emerging cinematography opens in the ten productions in competition, from the Far East (Taiwan) to the West, passing through the Middle East (Iran) and the Maghreb.

This section shows a very wide diversity of human and non-human themes and stories, some touching, others reflective and exemplary, which address topical issues such as the pandemic, the climate emergency, new green technologies, activism and the Quijotes struggle ( individual and collective) that even immerse us in empty Spain.

The 10 films competing for the Golden Sun have a specific section on the contest’s official website where it is possible to see all their synopses, technical sheets and trailers.

The environmental concern of the great stars

Since its inception, SUNCINE has shown the activist and supportive side of great world cinema figures such as Martin Sheen, Daryl Hannah, Goldie Hawn (awarded with the SUNCINE Special Golden Sun), Jeremy Iron and Joaquin Phoenix, among others.

In the Special Section This year’s figures such as Kate Winslet, Woody Harrelson, Patricia Arquette, among others, along with anonymous activists and young Americans who sue the US Government, are among the great super premieres of the 28th SUNCINE. They are world, European and Spanish out-of-competition releases such as Besa la Tierra, (Woody Harrelson, Patricia Arquette, Jason Mraz) or Panteras, the latest work by Spanish photographer Andoni Canela and his son Unai in search of the most threatened felines on the planet.

Also the young Unai Canela, 18 years old, premieres in this section his first solo work, Between Mountains, where we experience his special connection with nature in the midst of a pandemic. Cher and the Lone Elephant is produced by and stars popular actress and singer Cher, who embarks on rescuing from captivity in a seedy Islamabad zoo what is considered the world’s loneliest elephant. In Animals the last work of Ciryl Dion, known for the multi-award-winning documentary film Tomorrow. In it, two 16-year-olds, guided by primatologist Jane Goodall and along an extraordinary journey, will understand that we are all deeply linked to all other species.

In the Planet Latino Section, 12 feature films are competing for the award for the best Ibero-American production work. They open a window to promote and promote the film industries of Latin America and Spain. In this edition it is possible to find names such as the actor, producer and director Gael García Bernal to a Minister of the Environment who plays the leading role and director. Among the dozen productions from countries such as Argentina, Spain, Mexico, Uruguay, Bolivia, Chile or Colombia, the particular strength of the Ibero-American audiovisual can be glimpsed, capable of telling powerful stories of environmental, ecological and humanitarian validity.

The 12 productions that compete in the Planeta Latino Section have a specific section on the contest’s official website where it is possible to see all their synopses, technical sheets and trailers.

The Looks Section brings together two “sub sections”, documentaries and animation works with a duration of less than 45 minutes. “The objective is to have cinematography from most of the countries of the world that allows us to know the current situation of our planet”, clarifies Jaume Gil, director of the SUNCINE Festival. And he adds: “The documentaries in this section achieve it from reality or from those animations that give us that more playful point”.

On SUNCINE Edu Screenings are presented very much in line with Miradas, but dedicated to family audiences and educational centers as they have a high didactic content. And the animations make it easier to reach children. It is the case of Máonly you, the dialogue between the former cyclist Perico Delgado and the scientist Fernando Valladares, chatting at the National Museum of Natural Sciences in Madrid about mobility and climate change, as well as their relationship with the pandemic. “One of the objectives of the Festival is not only to bring young people to the cinema but to awaken their critical sense so that they can later talk about it with their elders”, points out Jaume Gil.

The festival closes on Thursday, November 11 with a topical film, Youth vs. Government. It narrates the courageous action of 21 young people who have sued the United States government, accusing it of acting intentionally for six decades in favor of the current climate crisis.

Beyond the exhibition of films and short films, SUNCINE organizes various conferences, debates and workshops. Some are as interesting as the one that will deal with the new emerging figure in the filming, the “eco assistant”, responsible for guaranteeing environmental sustainability in the development of audiovisual productions.

Every classroom is a cinema

For 15 years SUNCINE has also developed a environmental education program through the cinema. Each classroom a cinema is a free and easily accessible portal that allows educators and educational centers to access more than 200 productions of selected environmental cinema. They are short productions so that they do not interfere with class schedules, allow them to be viewed in class and leave time for debate. “It is an instrument used by educators to awaken the critical sense of their students, inform them and amuse them”, clarifies Jaume Gil. Its motto is “entertaining by educating, raising awareness by raising awareness”.

The content of “Every classroom, a cinema” is currently only available in Catalonia and the Balearic Islands, but as Claudio Lauria, president of SUNCINE, highlights, “our objective is to take it to the entire Spanish State”. Currently, more than 2,000 centers are involved in the project. “It is not only about bringing the environment to schools but also about bringing cinema to schools”, highlights Lauria.

SUNCINE International Environmental Film Festival, the world’s oldest festival of its kind, will take place from November 3 to 11 in Barcelona and Mexico City. In this 28th edition, the viewer is invited to cross the line and work actively in the search for alternative, sustainable and positive solutions that help alleviate the current environmental crisis.

We want to say thanks to the author of this article for this awesome material
SUNCINE achieves a record participation, hopes to exceed half a million viewers last year and awards the “Special Golden Sun” to the latest work by Kate Winslet