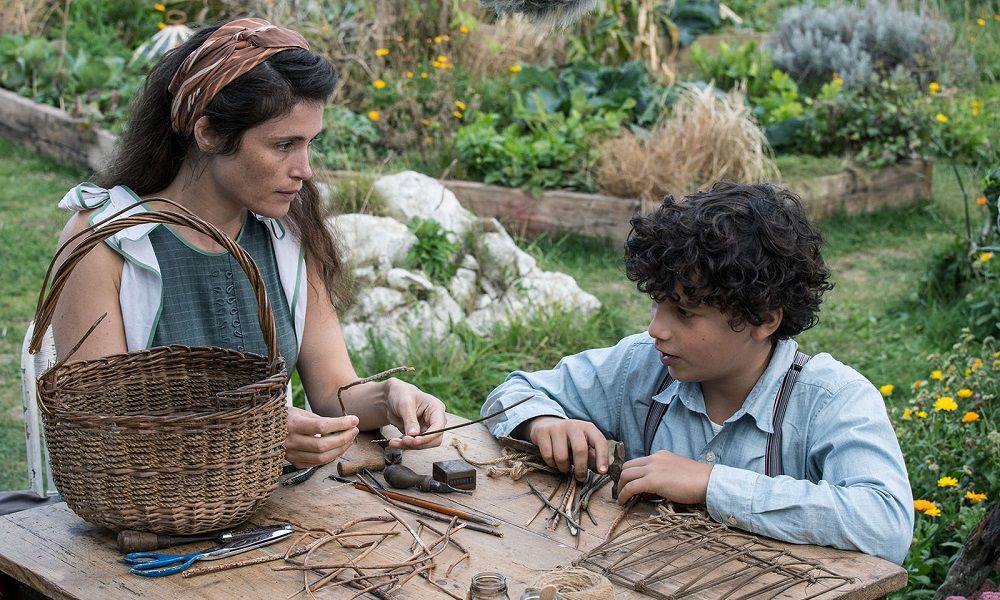 For her first feature film, hired playwright Jessica Swale brings together two of the most gifted British actresses of their generation, with whom she had previously worked on one of her plays. Carrying an eminently political message, SUMMERLAND (2020) takes us with its lesbian romance as beautiful as necessary in the still very traditional landscape of historical films.

It is a well-known episode of the Second World War: for months, the United Kingdom and more particularly the city of London suffered the intense bombardments of the German air force. The infamous “Blitz” also led to the evacuation of millions of inhabitants – especially children – to spared areas. This is the case with Frank (Lucas Bond), a little boy who arrives in the pretty coastal region of Kent, where he must be greeted temporarily by someone. That person is Alice (Gemma Arterton), a single writer who shies away from social contact. In the village where she lives, her situation as a lonely and nulliparous woman makes people talk: she is called a witch because she has the audacity to prefer to devote herself to her work, alone. When the young woman sees the kid she is responsible for taking care of unloading, she pulls her mouth seriously, because children are not her cup of tea at all, and she fears being disturbed in her work.
But she might resist, the boy is touching, and quickly, a bond is woven between the two characters. At the same time, Alice recalls memories of Vera (Gugu Mbatha-Raw), the lover with whom she had an intense romantic relationship but at the very sad conclusion. Determined to become a mother, Vera indeed left Alice to have a child with a man, which undoubtedly explains a good part of the hostility of our writer towards her neighbor. A heartbroken woman, Alice may be able to go up the slope with Frank’s help, before a final turnaround that leaves you speechless.

If the relationship between Alice and Vera does not occupy most of SUMMERLAND, it is nevertheless the beating heart of the film, due to the alchemy between Gemma Arterton and Gugu Mbatha-Raw, which illuminate the various flashbacks where they appear together . Jessica Swale films the two actresses with a real director’s gaze on this lesbian love story, woven at a time when female homosexuality is totally taboo, not to mention the fact that one of the two women is black.

All of this is staged in a perfectly natural way, and allows SUMMERLAND to breathe new life into a genre – historical film – where positive stories featuring invisible minorities are still rare. To complete this first feature film, British playwright Jessica Swale called on two actresses she knows well, as they both played the role of Nell Gwynn in her eponymous play about the famous mistress. of King Charles II. Gemma Arterton also has some experience of the themes tackled by SUMMERLAND, since she has already shone in the lead role of a very good period film which takes place during the Blitz, UNE BELLE RENCONTRE (Lone Scherfig, 2016). More recently, she was also noticed in another lesbian feature film, the biopic VITA & VIRGINIA (Chanya Button, 2019), where she plays the writer Vita Sackville-West, lover of Virginia Woolf (played by the excellent Elizabeth Debicki).

All these European independent films perfectly illustrate the turn taken by the career of British actress Gemma Arterton, revealed to the world as a James Bond girl in QUANTUM OF SOLACE (Marc Forster, 2008), and who has gone from often average blockbusters. to more confidential and also significantly more interesting projects. We have even been able to find her in several French films, since since the shooting of GEMMA BOVERY (Anne Fontaine, 2014) alongside Fabrice Luchini, she speaks our language perfectly. After having rubbed shoulders with Adèle Haenel and Adèle Exarchopoulos in ORPHELINE (Arnaud des Pallières, 2016), we were indeed able to find her in 2021 in Julie Delpy’s latest feature, MY ZOE (shot in 2019). Engaged in the #MeToo and Time’s Up movements, Gemma Arterton is also the one to whom we owe the idea of ​​the short film LEADING LADY PARTS (2018), which she produces and where she appears with a host of actresses worldwide. famous for denouncing sexism and racism in castings. A signed short film… Jessica Swale, the director of SUMMERLAND. 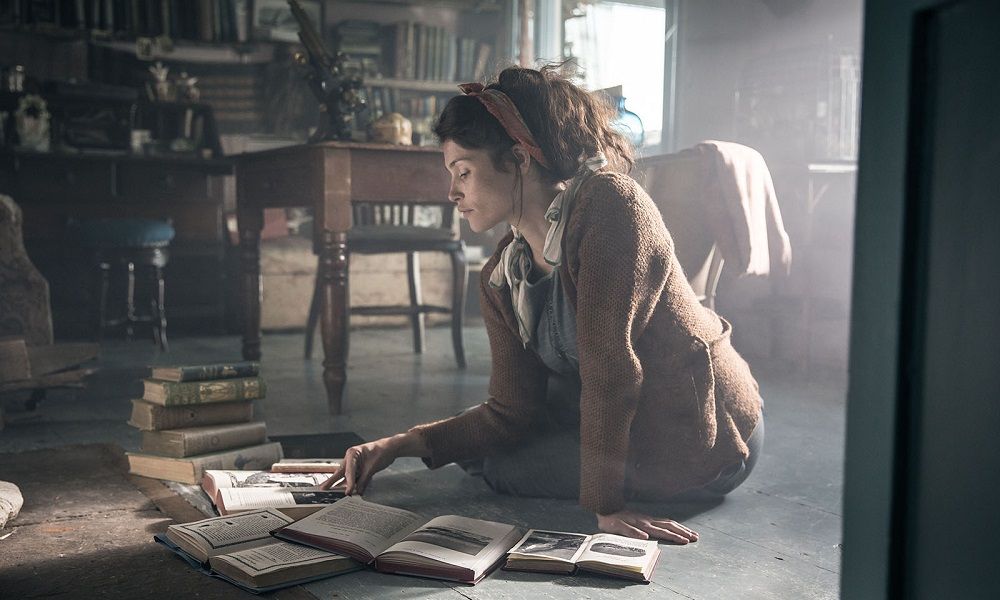