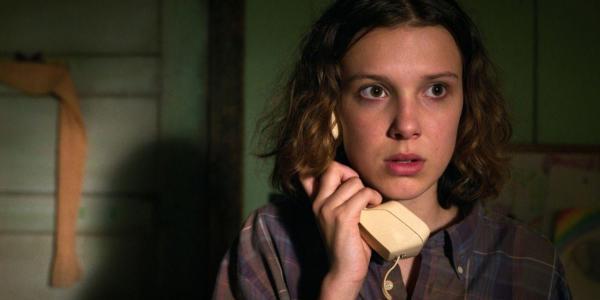 The fourth season of Stranger Things It is one of the most anticipated events on Netflix. The largest streaming company is about to launch the new stage of one of its most successful products and success is assured. But much bigger things are coming for one of its stars. New information from Deadline reveals that Netflix would be preparing a spin-off of the series with Millie Bobby Brown as the protagonist. Eleven as a great central figure? The triumph would be a certainty.

Millie Bobby Brown enchanted the world with her performance as Eleven in 2016. The first season was a success on the Netflix platform and the young actress was shot to global stardom thanks to her stellar role; I had previously done commercials and taken minor roles in other projects, but with Stranger Things came the change of his life and the opportunity to work in the major leagues of Hollywood. Since then he has been a beloved celebrity with tens of millions of followers on social media.

Bobby Brown’s success continues and it seems that Netflix has new plans for her. In accordance with Ted Sarandos, CEO of the company, there are many plans to Strange Things, pointing out that the series itself is just the birth of something greater. Deadline Maintains that Millie He has already signed a deal with Netflix to star in a spin-off about Eleven in the future. The red streaming giant is well aware of the gold mine in its hands and intends to make the best of it, right down to the bottom line.

We invite you to read: The Squid Game is about to become the most watched foreign series in Netflix history

Deadline does not offer a solid picture of the spin-off of Stranger ThingsHowever, it leaves a wide range of possibilities on the table. Millie Bobby Brown She is one of the most beloved teen stars in recent years and her deals with Netflix have always led to her success. Enola Holmes is the most recent example, released last year and with excellent numbers on the platform, the second part is already in development, of course.

Stranger Things has presented us with numerous adventures throughout its seasons, all filled with monstrous creatures and unexpected situations. The characters divide into groups and tend to their own affairs, but when mystery and danger begin to impact, they join forces to put an end to it and save the entire town. The third season was a total success on the platform and probably the fourth would have already been released had it not been for the coronavirus pandemic. We hope to see results very soon.

One of the most anticipated returns of the fourth season of Stranger Things is Jim Hopper’s (David Harbour). The character disappeared at the end of the third and since then fans want to know his whereabouts. The clip “From Russia with Love” already told us that the policeman is alive but that he has ended up in a place very far from Hawkins doing forced labor, he is even seen with less weights. He will be back soon to sort out his unfinished business and be with Joyce and Eleven.

Although nothing has been said yet about a release date for the fourth season of Stranger Things, it is very likely that it will reach the Netflix catalog at some point in 2022, the year in which we hope that the limitations and misfortunes of the pandemic have become something distant. There is also no information on how long Netflix will end the series, the company decides to renew it over and over again, making the conclusion distant although the protagonists are getting bigger and bigger.

You may also be interested in: Netflix premieres in October 2021