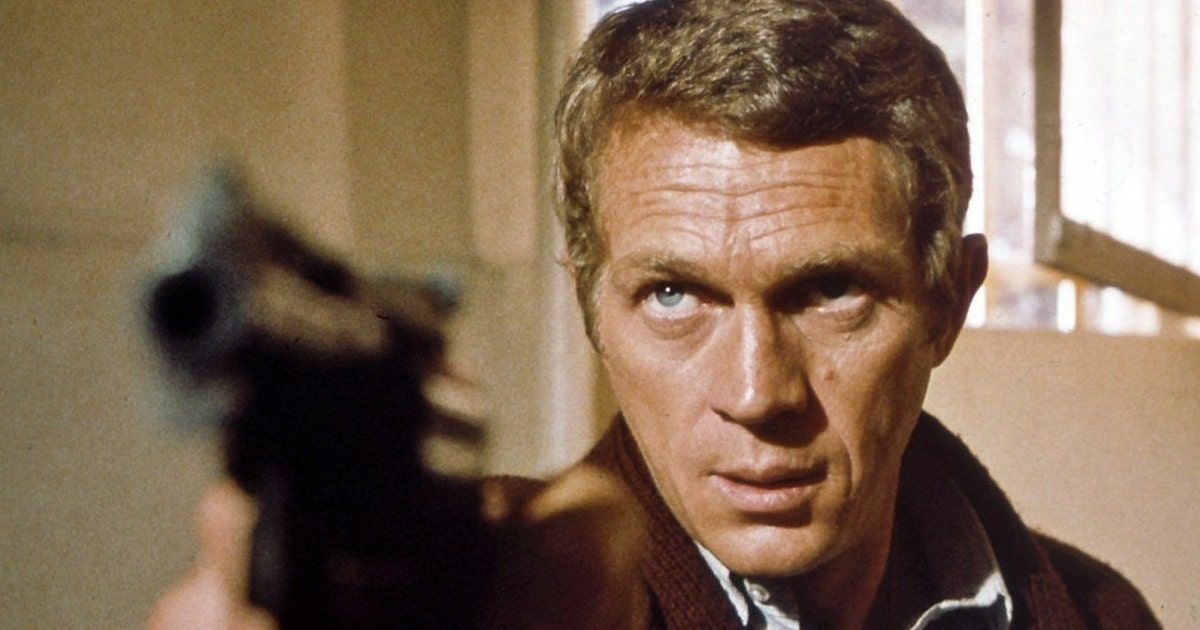 Steve McQueen is known as the king of cool. More than an actor, he is an icon and a mark of a maverick, with a bold and serene spirit. This duplicity gave McQueen license to be an authority of authenticity in his image and personality. In a career that spanned nearly three decades, McQueen became the anti-hero. He took no sides, played no favorites and pushed no agenda. McQueen was an original that no one could replicate. Its popularity peaked during the counterculture of the 1960s, cementing the contrarian Stoic into the mainstream.

Westerns were McQueen’s bread and butter until his breakthrough roles in B-movies, dramas and war movies. For example, Frank Sinatra gave McQueen one of his first strokes of luck in Never So Few (1959). After Rat Pack member Sammy Davis Jr. supposedly spoke negatively about Sinatra in a radio interview, Sinatra gave his role to McQueen. His performances became more nuanced with each storyline and genre he starred in. McQueen has maintained a quiet confidence and composure through it all, and these movies showcase him at his best.

A definite departure for the man of action, McQueen plays hoodlum Boon Hoggenbeck who goes for a ride in the McCaslin family’s sunny yellow 1905 Winton Flyer. Ned McCaslin (Rupert Crosse) and Lucius McCaslin (Mitch Vogel) join him on a trip across Mississippi to Memphis in one of America’s first automobiles. McQueen’s portrayal of a hillbilly is amusing, if not remarkable, in this adaptation of William Faulkner’s Pulitzer Prize-winning novel.

It was McQueen’s first starring role in a B-movie. The Blob is a gelatinous, carnivorous, amoeba-like alien that crashes to Earth via a meteorite and terrorizes and consumes small towns in Pennsylvania. Most young actors got their start in low-budget productions. Here, McQueen plays the canary in the coal mine, or the boy who called blob, believable in this sci-fi horror classic.

In his latest feature, McQueen plays American bounty hunter Ralph “Papa” Thorson. He tracks down fugitives across the country and always finds his man, but he’s an unassuming man of culture who enjoys collecting antiques and listening to classical music. The juxtaposition of stubborn private agent and nostalgic old soul is felt in McQueen’s latest role.

McQueen plays real-life French convict Henri Charrière. He goes by the nickname Papillon, the French word for “butterfly”, because of his butterfly tattoo on his chest. Charrière is wrongfully convicted of murder and befriends fellow convict Louis Dega (Dustin Hoffman) who helps him plan their escape from French Guiana prison. Dalton Trumbo (of Roman Holiday and Spartacus fame) and Lorenzo Semple Jr. (screenwriter of The Parallax View and many episodes of the Batman TV series) wrote this adaptation of Charrière’s autobiography and McQueen portrays him as a desperate but determined who remained free of spirit in the face of injustice.

The war epic is set in 1920s maritime China and is based on the naval operation Yangtze Patrol conducted by the US Navy to procure and protect its seaports. McQueen is the naval engineer, Jake Holman, who oversees the seas and her crew. Her meticulous attention and way of circumventing protocols for her friends is bittersweet in this performance. Fun fact: Mako, the voice of antagonist Aku on the Cartoon Network show Samurai Jack, plays McQueen’s sidekick in the engine room.

Shot in San Francisco, McQueen wanted an authentic film that went beyond the usual theatrical release. Instead of manufactured studio sets, the cast and crew filmed in real city locations. For example, the hospital scenes used real doctors and nurses rather than stand-in actors. Bullitt also gave us one of the greatest car chases in movie history. McQueen said he wanted “a movie about reality” and he’s clearly up to the creative challenge.

Cars lack the idyllic charm of the Wild West. One of the greatest westerns, The Magnificent Seven is a remake of Seven Samurai, in which seven armed bandits are hired to defend a Mexican village against invading banditos. McQueen was able to play one of the Seven after he staged a car accident, freeing him from his TV western role in Wanted Dead or Alive. Trading cars for guns, McQueen continued to fight as 700 men.

McQueen is credited with not one but two vehicular achievements in cinema. Before Bullitt, there was the motorcycle and chase scene in The Great Escape. Among the best stunts, the film depicts the 1944 mass escape of British POWs from a Nazi Germany POW camp during World War II. McQueen’s Americanized presence may just be a commercial lure, but he shows us that there’s no greater escape than the thrill of the hunt for the will to ride free.