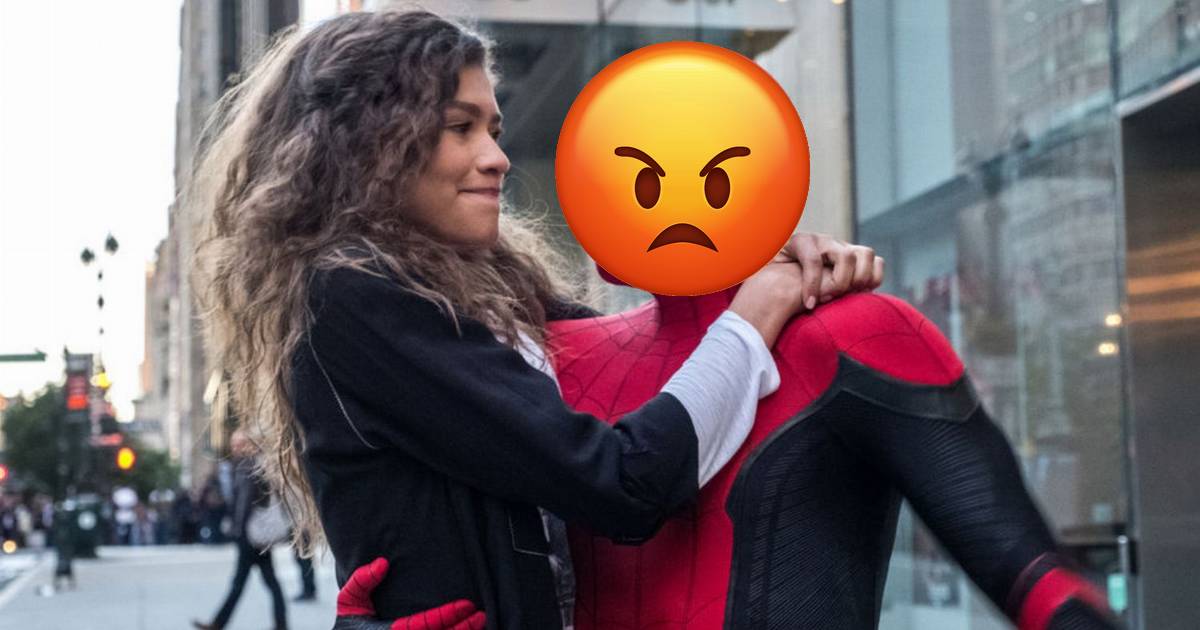 Spider-Man : No Way Home is on everyone’s lips right now. It is undoubtedly the film of the stable The most anticipated Marvel of the year 2021, and unfortunately it is the last to arrive … Currently, the actors of the film are promoting it, and there was so far a huge doubt about the relationship between the actor of Peter Parker Tom Holland and the actress of MJ Zendaya, but one recent photo stolen broke the mystery by announcing for them what belongs to their private life. This did not please the actor who decided to push a big blow of anger.

Spider-Man : No Way HOme : love is in the air

the next movie Spider-Man comes out in less than a month, and the first test sessions were offered to the public. The content of one of them, moreover, allegedly leaked onto the Internet via a test user who, anonymously, would have revealed the secrets of the film on the forum 4Chan. We wrote an article on this subject to find here. Of course, all of this should be taken with a grain of salt, especially since the second trailer has been made official by Marvel. We should find all the characters of the old movies Spider-Man, be it the heroes, but also the villains.

The next film should thus bring together the Green Goblin by Willem Dafoe, Doc Octopus by Alfred Molina, the Sandman by Thomas Haden Church but also the Lizard by Rhus Ifans and Electro by Jamie Foxx on the side of the wicked, and Doctor Strange, Happy, Tante May, Ned Leeds and of course Peter Parker and MJ, whose actors Tom Holland and Zendaya are a couple in real life.

Their relationship will be officially confirmed during an interview with GQ sometime later. In this interview, Tom Holland expresses his point of view on this issue, and seems very embarrassed to have to do it:

One of the weak points of our celebrity is that our privacy is no longer really in our control, and a moment that we thought was just between two people who love each other becomes a moment shared with the whole world. . I have always been careful to hide my privacy, as I already deliver a lot to the public. This time around, we felt robbed. It’s not a matter of being ready or not to talk about it, it’s just that we didn’t want to do it. Look, this isn’t a conversation I should be having without her. I respect her too much for that … it’s not just my story. This is our story. We’ll talk about it when we’re both ready to do it. “

The magazine GQ also asked the question to zendaya in order to have the point of view of the two actors. For her too the discovery of the paparazzi intrusion was an ordeal. She confirms the photos and says: she and Tom Holland are a good couple. With her words, she encourages people to leave their relationship alone:

It was very strange, confusing and invasive. We both share the feeling that when you love someone, you care about them, you wish certain things, certain moments, would stay with us. For me, loving someone is sacred, it’s something special that you want to deal with in your own way, you want to have that experience and just enjoy it as two people who feel love. one for the other

At any rate, License Spider-Man is a fertile ground for romantic relationships between the actors of Spider-Man and the actresses of MJ. Because this “curse” has already seen the birth of the couple of Tobey Maguire and Kirsten Dunst, that of Andrew Garfield and Emma Stone, and now that of Tom Holland and Zendaya. Yes the movies Spider-Man : No Way Home interests you, we have prepared a little summary of what you absolutely must not miss in the second trailer of the film. The article can be found right here.