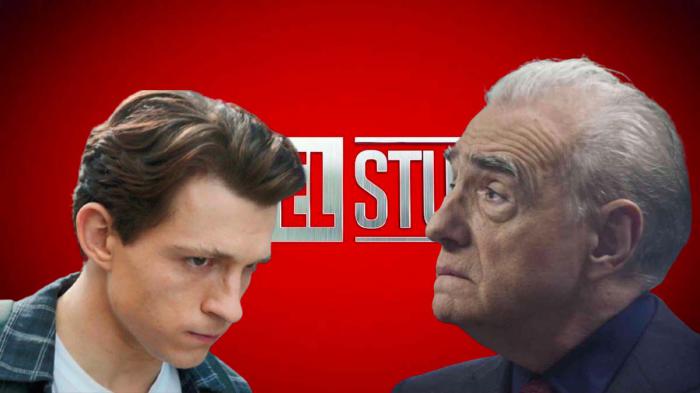 While promoting his latest masterpiece, The Irishman, which brought together Robert De Niro, Al Pacino, Joe Pesci and Harvey Keitel, legendary filmmaker Martin Scorsese had extremely harsh words about Marvel movies, considering they weren’t cinema. Since then, two visions of cinema have clashed, and many personalities have taken sides for or against the declarations of the director of Taxi Driver, The Freedmen and Casino.

Thereby, several actors who participated in the Marvel Cinematic Universe were able to express themselves and defend the films of the famous license. Starting with Robert Downey Jr., the interpreter of Iron Man, considered that Marty’s remarks made “struggling in the cinema“. Kevin Feige, the great craftsman of the MCU, also spoke to defend his kingdom.

Two years later, it’s now British actor Tom Holland, revealed by his role as Peter Parker in Captain America : Civil War, to defend the Marvel films. During an interview with Hollywood Reporter, the young actor, who hopes to have his first Oscar nomination, said:

Ask Scorsese if he wants to direct a Marvel movie. He doesn’t know what it is because he never has. I’ve done Marvel movies and other movies that have been talked about in the Oscar world and the only real difference is that the former are more expensive than the latter. But in the way of appropriating the characters, in the way the directors have, of developing the narrative arc and the characters … It’s the exact same thing, it’s just on another scale. I think it’s really art.

Words that should certainly make people react. Indeed, beyond the fact that Tom Holland seems indirectly deny Scorsese the right to have a built-in opinion on Marvel movies given that he did not, the young British actor puts forward arguments that will cause debate, as to the involvement of actors and directors in entertainment cinema and more classic cinema.

Some will no doubt be outraged by this debate, which they consider (perhaps rightly) sterile. However, it undoubtedly finds its legitimacy in the difficulties that filmmakers encounter in finding funding for their films. One obviously thinks of Martin Scorsese, whose streaming platforms only seem to want to fund his new films, or Francis Ford Coppola, who has put all his fortune into his next SF feature film.

Spider-Man No Way Home: Tom Holland tackles Martin Scorsese after his comments on the Marvel films