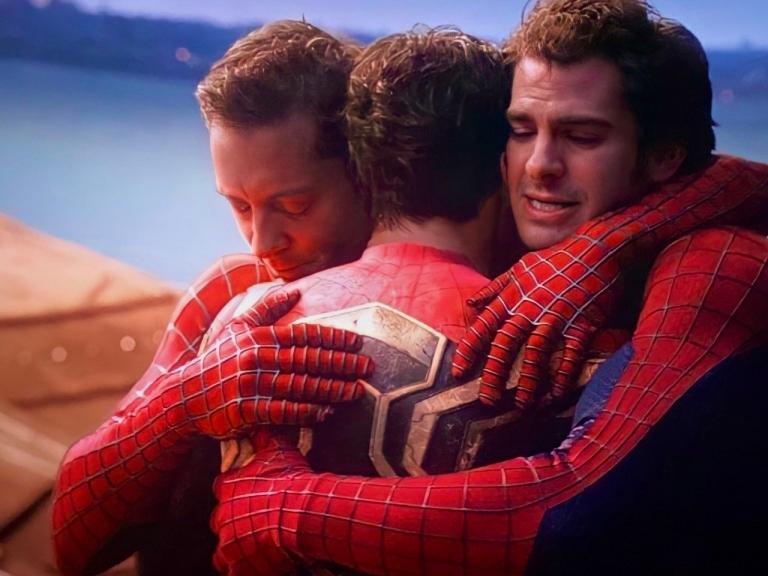 Spider-Man No Way Home surprised us with bringing back Tobey Maguire and Andrew Garfield, the previous interpreters of Spider-Man. The two actors were also quickly enthusiastic.

Spider-Man No Way Home did us the honor of bringing back some iconic characters one last time. A surprise that pleased the fans a lot and that does not fail to speak. After more than a year of denying their presence in the film, Tobey Maguire and Andrew Garfield can now speak freely about what has been done for their comeback. The two actors were quickly very enthusiastic about making this film, they both signed their contracts in December 2020 almost blindly, or one year before the worldwide release. Chris McKenna and Erik Sommers the writers claim thatthey even signed up even before receiving the script!

In an interview with The Hollywood Reporter, Chris McKenna and Erik Sommers discuss Andrew Garfield and the intrigue he is given. They say Andrew Garfield loved the idea of ​​a Peter Parker “tortured” and “tormented” after the death of Gwen Stacy (Emma Stone) : “Andrew really liked the idea that he was still tortured by what happened in Amazing Spider-Man 2 and what it cost him, and that he could talk to Tom about it. it was cool that Andrew’s Peter was still in the middle of this darkness. “ No Way Home introduced us to a Peter Parker seeking forgiveness, wishing to redeem himself as he should. Tobey Maguire, meanwhile, was more discreet about his character: “Tobey wanted to be very minimalist about what you might know. Very, very minimal … Tobey in particular went through this dark time.” Ultimately something that works well for writers who wanted a relationship of brothers between the three heroes: “Andrew really leaned into the role of the lonely younger brother. That’s one of the things we started to say.“ He’s the middle brother! ”You have the older brother, Tobey, who is the wise one. . The middle brother, he feels like he doesn’t have the attention of the other two. It works so well for this character. Andrew looked at the younger brother syndrome. “The baby gets all the attention. ! So what about me? ”I think that brotherhood dynamic, which is why it’s so great when Andrew says,“ I’ve always wanted to have brothers. ”While simplistic, it’s a great paradox for all three of them. of them coming together and we see that “Oh, that’s not just lookalikes!” They’re different. “

Andrew Garfield and Tobey Maguire, part of the MCU

The writers continue: “They weren’t just here to do ‘Two Jedi Knight Super Heroes Coming Up And Will Help You Take Down The Villains’. They’re going through their own trials. We’ve tried to write up to the characters they have. so well created and to be really true to these heroes and stories and worlds so that you don’t feel like you’re fan-serving. “ Although the film may seem too fan-service for many, it is obvious that it was satisfying and moving to find the two performers alongside Tom Holland. The film is still to be discovered (or rediscovered) in theaters.