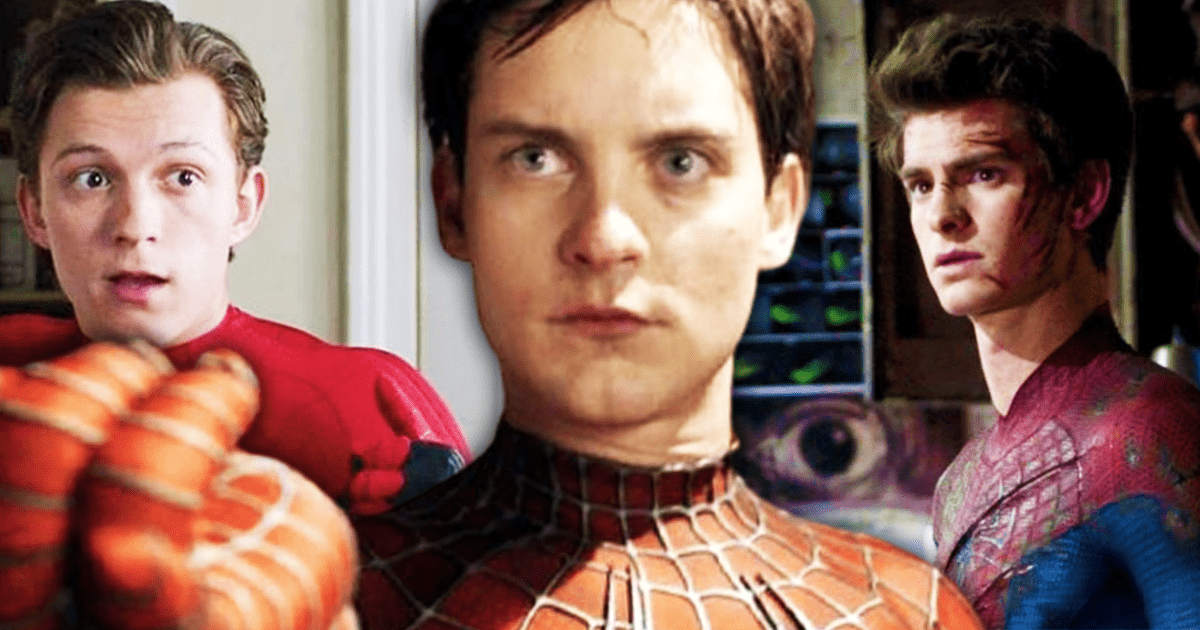 If you are a fan Spider-Man character and adaptations to the cinema, you must have asked yourself at least once this question: why the Peter Parker by Tobey Maguire generates organic web, and not its two successors? We take stock in this article.

spider-man in comics and sam raimi

Tobey Maguire’s Spider-Man, in Sam Raimi’s original films, had organic web launchers embedded in his body. This decision was made by Sam Raimi for several reasons. But first, let’s dwell on the story of Spider-Man in the comics. During most of the (almost) 60 years of existence of Spider-Man in the comics, the iconic superhero used a pair of devices mounted on the wrist or forearms, which project a synthetic fluid resembling a canvas. Peter himself invented device and fluid, which he uses for movement, and as a non-lethal weapon to stop the criminals.

Sam Raimi’s first film, Spider-Man, has changed the situation. The latter indeed brings some notable adjustments, such as the fact that the Spider-Man de Tobey Maguire has organic web launchers. However, originally, Peter did have to use mechanical web launchers (as in the comics). Different devices had been made, and scenes of Tobey Maguire’s Peter training with them were filmed. Raimi’s web launchers had an artisanal and DIY side, and were finally abandoned along the way.

The reasons that prompted sam raimi to abandon the devices created

Sam Raimi had two reasons for abandoning the created devices. First, Peter’s spider bite altered his body, giving him traits specific to a spider. This includes increased strength and speed, as well as increased reflexes, and the ability to generate organic web, according to him.

The second reason is that Raimi found it hard to imagine that a high school student (even very talented, as Peter could be) could have the resources to build a device which generated synthetic fabrics, whereas no government had succeeded before it. And it must be said, too, that the web launchers created for the film seemed too artisanal, and therefore ended up being abandoned for the sake of timing (and certainly, due to budget and technical means).

If the tradition of comics wanted Peter Parker to project canvases via a mechanical device, some characters, such as Miguel O’Hara (aka Spider-Man 2099) of the comic book series Amazing Spider-Man from 1992, were also able to generate organic web in comics, thanks to channels located on the forearms.

In the comics Spectacular Spider-Man dating from 2004 moreover, the traditional version of Peter Parker has also received the ability to generate canvases. In this comic book series indeed, Peter Parker has been transferred giving him additional spider powers, including glands in his wrists.

James Cameron thought about it too

The idea of ​​endowing Spider-Man of organic web launchers at the cinema was born from the concept of the film Spider-Man by James Cameron, who wanted to make a very realistic and dark Spider-Man movie, with metaphors about sexuality. And here too Peter Parker had to be able to generate canvas organically … If you see where it was going James Cameron, with its metaphors.

Ultimately, the organic canvas launchers were created and staged (and tastefully) by Raimi, who used the concept to support his original idea: to emphasize Peter Parker’s natural evolution after the spider bite.

Why didn’t the other two Spider-Man follow in the same direction?

I have to say that the character of Peter Parker is portrayed as a genius scientist. Tom Holland’s Spider-Man, for example, designed his enhanced red and black costume at the end of Spider-Man : Far From Home to defeat Mysterio. Finally, we can say that the question of the organic canvas or the mechanical canvas depends on the point of view of the director and the writers, who decide together, of what seems to them the most coherent compared to their vision of the character of Peter Parker.

And you, do you find yourself more consistent that Peter Parker generates organic canvas, or do you think it makes more sense for him to create it? We let you answer this question via our survey, and via our comments area ! And if you want to know how Tom Holland tackled Martin Scorsese after his comments on No Way Home, you can consult our previous article on the subject right here.