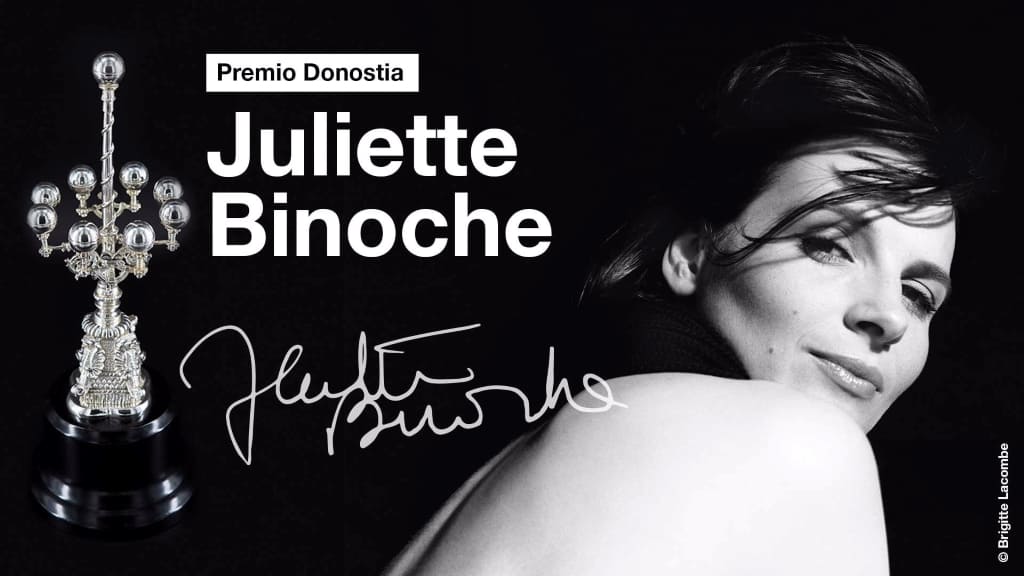 For several years now, the San Sebastian Festival has been accustomed to illustrating its editions with cinematographic faces. We have had as headliners Isabelle Huppert, Penélope Cruz or Sigourney Weaver (each one bigger) and this year, the bar could not be lowered. This year, in the 70th edition, she is the protagonist. Today Juliette Binoche will receive the first Donostia Award of the edition. The Frenchwoman has been to the Gipuzkoan capital four times and I always thought that on one of those visits she would win the award. But she has been to the fifth. She will collect the award at the Kursaal Auditorium, before the screening of ‘Fire’, the film that accompanies the resounding award (and of which, logically, she is part of the cast).

He is, without a doubt, one of the indisputable faces of cinema. Not only from the French, but also from the international scene. This is evidenced by the Oscar she received for ‘The English Patient’, the Golden Globe, the Bafta, the Cesar or the Goya to which she was only nominated (Natalia de Molina was the winner). Known for preaching French cinema, the Parisian is one of the most outstanding Gallic myths on the world scene. Courageous and committed in her interpretations, she is, essentially, La Binoche.

She came into the world in Paris itself, on March 9, 1964. The daughter of a theater director and a drama teacher, she decided to be an actress when she was a teenager. She was independent from a very young age, she took the liberty of dropping out of drama school because she didn’t like the program, but she had no trouble organizing her studies herself. She hired a private teacher to take the classes she thought fit while she joined a traveling company. Although we must say that she formalized her studies at the National Conservatory of Dramatic Art.

He entered the world of cinema in the early 1980s.. A scant role in Pascal Kané’s ‘Liberty Belle’ paved the way for her in the film industry, which did not forget her, as she drew attention to continue with the controversial birth of the Virgin Mary in Jean -Luc Godard, recently deceased. Her first leading role was given to her by André Techiné in the 1985 film ‘La cita’, where she was an aspiring actress who was involved in a series of conflicting and daring relationships.

He always said that he discovered the camera while shooting the avant-garde ‘Bad blood’, under the orders of Leos Carax, who was his partner for almost five years. Although it took him almost thirty minutes to articulate his first word, it was essential in the enigmatic love triangle that starred in the film.. She was again involved in a frustrated sentimental crisis in ‘Un tour de manège’. She returned as the innocent lover of Daniel Day-Lewis in ‘The Unbearable Lightness of Being’, a literary adaptation carried out by Philip Kaufman. As a good method actress, she wanted to prepare her character well to play the homeless Parisian who lives a different love story in ‘The Lovers of Pont-Neuf’.

Twice turned down a role of Steven Spielberg

His greatest international success came in 1996, when Anthony Minghelia adapted Michael Ondaatje’s famous World War II novel ‘The English Patient’. Starring Ralph Fiennes and Kristin Scott Thomas, Binoche embodied the faithful nurse, caretaker of the protagonist cartographer. Her servile sanitation earned her her first Oscar for Best Supporting Actress, one of nine that the Academy awarded the iconic film. In fact, I remember the humble speech the Frenchwoman gave, apologizing to the legendary Lauren Bacall for not getting the coveted statuette that year.

In addition to French cinema, of course also European cinema, the Parisian has worked sporadically in Hollywood, although she has never wanted to urge him on in Los Angeles. She was a magical cocoa candy maker in ‘Chocolat’, she let her hair down in ‘Like life itself’ and lived with dinosaurs in ‘Godzila’.

Life goes on after fifty

It is the critical age, in which many actresses, national and international, stop receiving job offers. Binoche, along with a small number of women who can be counted on one hand, has not stopped since then. His risky and gloomy character in ‘Unknown code’ under the orders of Michael Haneke was before that age or his impromptu intervention in ‘The flight of the red balloon’, the violent French businesswoman in ‘Certified Copy’ are also earlier. By the way, two years earlier, the actress worked on ‘Cosmópolis’ by David Cronenberg, second Donostia Award this year (The Canadian will receive it next Wednesday). The 50’s arrived and hand in hand with Oliver Assayas, and along with young promises like Kristen Stewart, she embodied an arrogant actress forced to assume her age. She had played a great Camille Claudel, when she was admitted to a sanatorium.

His latest works have stood out for their intimate and personal narratology. She took in her son’s girlfriend in ‘The Wait’, a bohemian who was looking for love in ‘An Interior Sun’ and fought a duel with her narcissistic mother, Catherine Deneuve, in ‘The Truth’. One of her most recent films is ‘The Good Wife’s Manual’, where she ran a rigid school for future housekeepers. Last year, due to scheduling problems, she did not attend, but presented ‘En un dock de Normandia’ at the Zinemaldia, in which she posed as a divorcee looking for precarious jobs to write a report. Tonight, after a diversity of titles and a multitude of red carpets, Juliette Binoche will have her Donostia Awardone of the few that will be missing from your shelf drilled into some central Parisian wall.