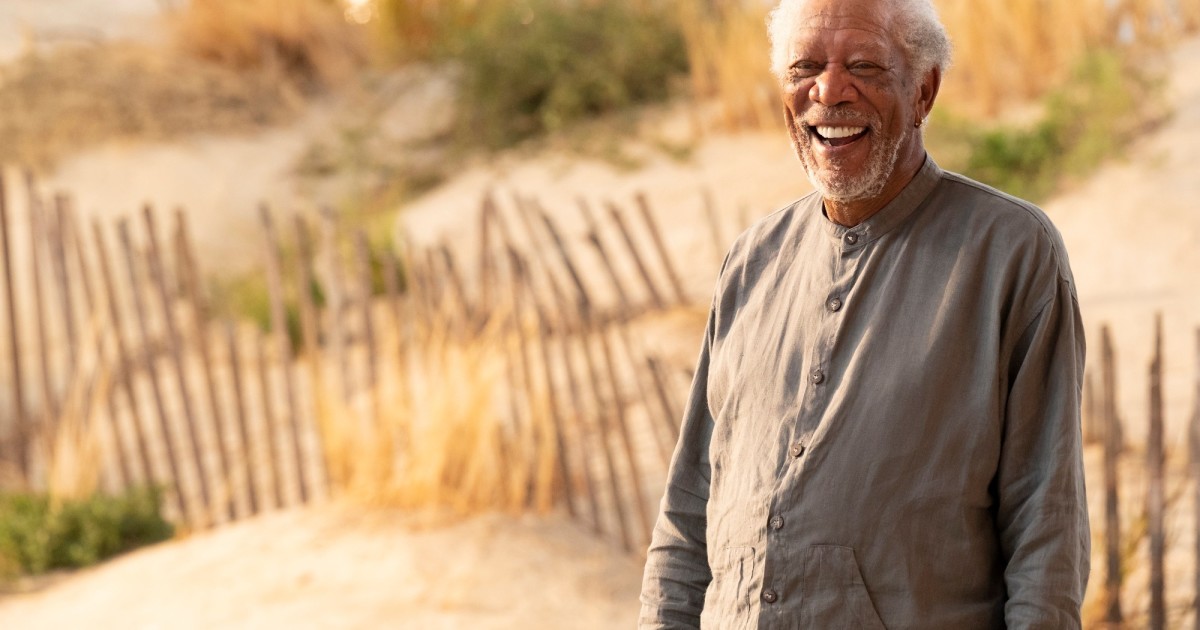 Morgan Freeman, Helen Mirren, Anne Hathaway and Constance Wu are some of the protagonists of “Solos”, Amazon’s commitment to science fiction that examines the human condition through isolation.

“The script describes human behavior in a very authentic way, it is closely linked to the difficulties we have experienced during the pandemic,” Mirren explains to Efe about this anthology composed of seven episodes that will premiere this Friday in the United States.

Uzo Aduba, Anthony Mackie, Dan Stevens and Nicole Beharie round out the cast of a plot devised by David Weil, the creator of the Al Pacino-starring drama “Hunters.”

The imposing cast did not hesitate to join a project that, first of all, runs the opposite of the current trend for rapid television consumption: They are 30-minute monologues in which its protagonists reflect on loneliness, regret, fears and , in essence, everything that human existence entails.

Set in a future dominated by technology, the series unfolds its stories based on questions such as “if you traveled to the future, could you escape your past?”, “If you knew yourself, what would you see?” or “how far would you travel to find yourself again?”

And after the question, in a futuristic and theatrical setting, each character begins a dialogue with himself that resonates with special force after the months of confinement.

“I came to identify with the character, although my life has been very different,” says Mirren. In her case, she has not been able to do what she wanted and now it is a very understandable feeling ”.

In the third episode of “Solos”, the actress plays Page, a lonely traveler aboard a ship where she has too much time to review her past, hoping to find her place in a destination that seems to be missing.

Before, Anne Hathaway opens the series with the first episode playing a scientist who discovers how to travel in time, although her interest arises more from the need to escape from her present than to innovate.

A “BLACK MIRROR” ABOUT THE FEELINGS

If “Black Mirror” analyzed the disturbing side of technological development, “Solos” uses those futuristic elements to investigate the depths of human existence.

And as in the Netflix series, this fiction also includes mentions to the present.

In the fourth episode, Uzo Aduba plays a woman comfortable with her hermit life who, deep down, refuses to accept that the pandemic that led her to adopt that lifestyle ended years ago.

Even more common is Constance Wu’s monologue in the role of Jenny: “She wakes up in an unknown place drunk and confused, she doesn’t know where she is or how she got there. Try to understand what he is doing there physically but also in his life. What made him be like this, “Wu details.

The actress insists to Efe that Amazon’s ambitious project is an idea that “she had never seen” on television.

But the circumstances of the pandemic have forced the ingenuity of the screenwriters and this anthology of monologues was a perfect plot to shoot during this period. Their protagonists have not even physically coincided, says the actress.

The last episode is the only one in which two characters interact: Dan Stevens and Morgan Freeman. Otto (Stevens) wants Stuart (Freeman) to regain the memory he is losing to Alzheimer’s, but his apparent good intention hides hidden motivations.

“There are threads that connect the episodes but I do not think it is necessary to see them all, each one has its own narrative,” advance to Efe Stevens. It is a very beautiful philosophical introspection ”.

According to the actor, there is no harm that does not come, and the limitations of the coronavirus have allowed such a project to emerge.