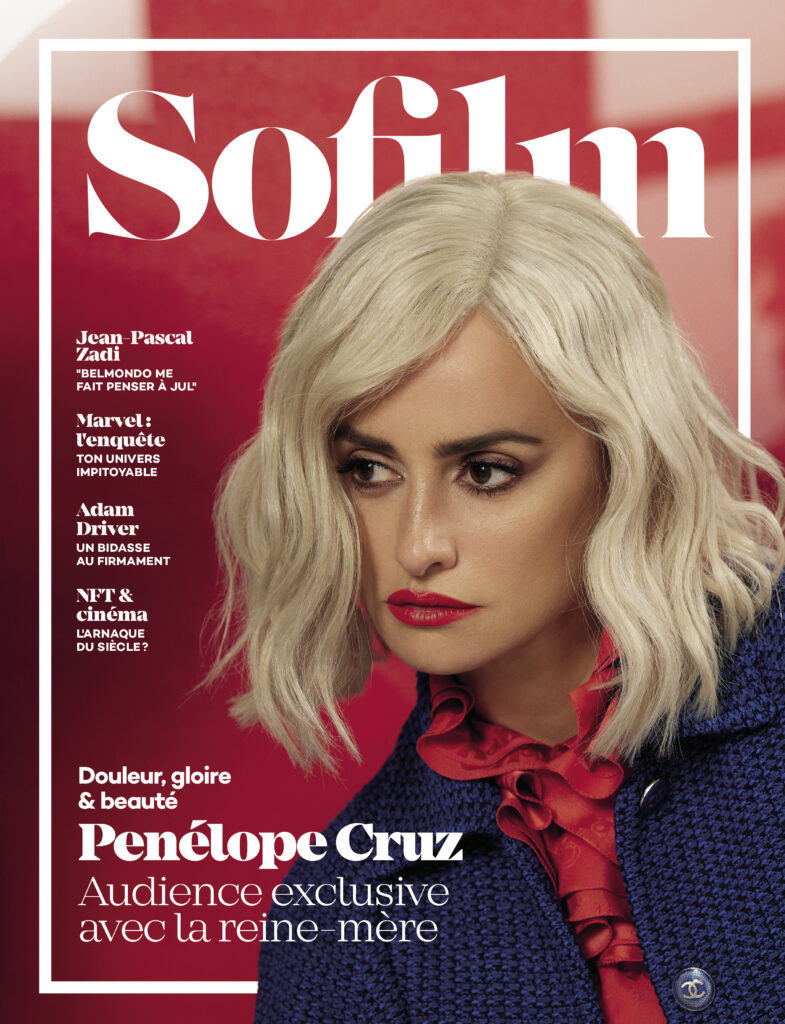 At 48, Penélope Cruz, armed with an Oscar, three Goyas and a César d’Honneur, portrays yet another all-powerful mother in Emanuele Crialese’s film, L’Immensita. Three decades after Jamón Jamón, the actress looks back on her career, her commitments, the mystique of a movie theater and tells how she stalked Almodóvar before embodying his cinema. Confessions of a Queen.

In front page : At 48, Penélope Cruz, armed with an Oscar, three Goyas and a César d’Honneur, portrays yet another all-powerful mother in Emanuele Crialese’s film, The Immensita. three decades later Jamon Jamon, the actress looks back on her career, her commitments, the mystique of a movie theater and tells how she stalked Almodóvar before embodying his cinema. Confessions of a Queen.

Maintenance : “I believed that the more I suffered, the better the result would be”

Maintenance : Mónica recounts the childhood of the Cruz sisters

Focus : Seen on TV, the debut on the small screen

24. Lee Chang-dong
Maintenance. Successful novelist, political figure, director and screenwriter, Lee Chang-dong also comes from the “386 generation” committed against the military dictatorship in the 80s. Conservative push, consumerism… He shares his view of Korean youth. With some skepticism.

28. Pietro Marcello
Maintenance. Jury at the Villa Medici Festival in Rome, Pietro Marcello (Martin Eden) among the members of the jury stands out a little, near the Italian garden, between the Renaissance sculptures in the dining room. Meeting with an anarchist at the Medici.

32. The Favela Cloth
Reportage. For residents of Rio de Janeiro’s favelas, going to the cinema is an expensive and distant pastime. So every week, an associative film club offers an outdoor screening in the Vidigal favela.

36. Jean-Pascal Zadi
Maintenance. He bent the game with simply black, a first long foutraque where he summoned the fine flower of black artists from France and Navarre. A native of 93, fed up with West Coast rap and Ivorian comedies, “Puff Zadi” has come back from just about everything – rap, football, Normandy – and is bringing out the heavy artillery: Tupac, Boris Vian and Louis de Funes. Absolutely not afraid.

42. Marvel: Toxic Avengers
Investigation. It’s one of the best-kept secrets in the industry: how are the movies and series made in the Marvel Cinematic Universe, Disney’s golden goose? These days, the studio has felt a first discontent on the side of its service providers in the field of visual effects, the fault of a “questionable” management of its resources. Or is it a symptom of an industry in crisis?

50. Michael Schur
Maintenance. After earning his spurs at Saturday Night Livehe joined the team of authors of The Office US. Then the successes follow one another: Parks and Recreation, Brooklyn Nine-Nine, The Good Place. Today he continues his philosophical reflections in how to be perfect, a sort of fake personal development manual with unstoppable humour. The opportunity for this “Mister Perfect” to look back on his twenty-year career at the heart of American television.

74. Thuy An Luu.
Portrait. A single-role actress, Thuy An Luu was 14 years old when she became known to the general public for her role as Alba in the Diva of Beineix. Rumor said she was dead or a businesswoman in Asia… The truth is elsewhere, but is she so important?

88. Aloise Sauvage
Maintenance. We saw her hanging from ropes in her music video Focushanging on the hope that the fight works in 120 beats per minute… Aloïse Sauvage poses to detail a heterogeneous and well-stocked career: circus, dance, cinema, music… She practices the art of splits with amazing agility.

92. Adam Driver
Portrait. From the top of his meter 90, Adam Driver could look down on his contemporaries. Arrogance, however, does not suit one of the most intriguing actors of his generation. From the altar boy consumed by blind rage to the glossy sex symbol, here is the incandescent story of an American sniper lost between New York and Los Angeles.

100. NFT: when cinema has the chips
Investigation. Three letters which in a few years have become synonymous with Eldorado for certain producers, distributors, financiers… and also for margoulins and zozos of all kinds. Financing a film, making profits with digital goodies, dreaming of broadcasting hybrid works in the metaverse; this now seems possible. Until the market, technological possibilities and authorities come to remind the world of fiction of the coldness of the real world.

106. Vicky Krieps
Maintenance. Since her role as a poisoner in Phantom Thread, Vicky Krieps has traced her path, once with Mathieu Amalric, the other with M. Night Shyamalan. Never where we expect her, she landed for the time of a video conversation, in the middle of filming a Western by Viggo Mortensen where she could well embody the new Calimity Jane…

110. Miseryby William Goldman
Legend. Double Oscar-winning screenwriter, Goldman’s pen is found behind a slew of masterpieces: Butch Cassidy and the Kid, The President’s Men, Marathon Man... This fall, are coming out in bookstores Adventures of a Screenwriter in Hollywood, where he tells in detail behind the scenes of his work, film by film. Here is the edifying genesis of Miserywhere it is about a foot that should – or not – be cut.

118. Paloma
Extra. Since she won Drag Race France, everyone tears off Paloma. Behind the makeup, the big wigs and the costumes hides Hugo Bardin, actor, director and screenwriter. Not very surprising therefore that his drag character is steeped in film references, Queen Margot to Witches of Eastwick.