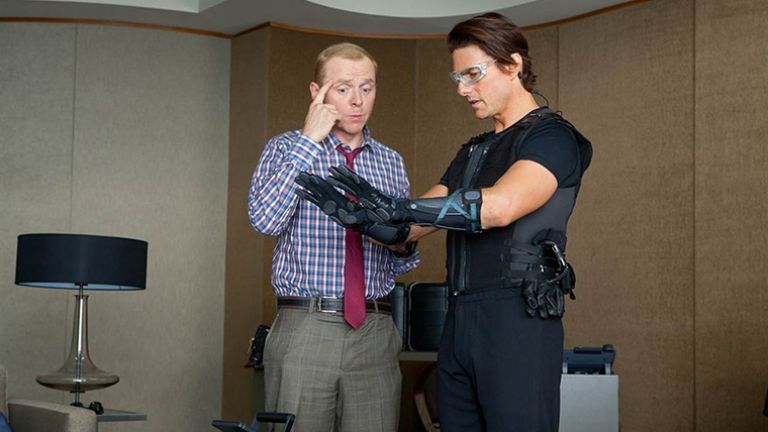 Tom Cruise continues to delight fans around the world with the premiere of Top Gun: Maverick. The truth is that the actor already generates expectations with another title that will only hit theaters next year: Mission Impossible: Death Sentence – Part 1.

In said film, Cruise shares the screen with an impressive cast of actors, among them, simon pegg. The actor plays Benji Dunn in the action saga. In the past few hours, Pegg has been forced to clear up a number of comments he made about Tom Cruise.

The actor gave an interview to The Times published on Saturday, in which he referred to the star of the franchise. Pegg said that Cruise always managed to maintain his authority on the set, but never take responsibility for his mistakes. “If something goes wrong and it’s his fault, he’ll flat out deny it. And then if someone corrects him, instead of saying he’s sorry, he’ll just say, ‘Yeah,’ and wink at me,” the Hot Fuzz actor said.

He even recounted that on one occasion he himself apologized for screwing up on filming and Cruise told him: “Simon, don’t do that.” “He keeps his authority by never taking the blame for anything,” added Pegg.

The truth is that in the last hours, the interpreter was forced to go out to clarify his commentsexplaining that it is a joke between him and Cruise.

“I’m currently trending on Twitter because of something I said in the Times interview about Tom Cruise never accepting responsibility for his mistakes… like it’s not just some fucking joke we have. Stop being so f* *** ** literal,” said Pegg in a very serious way through Instagram live video.

Over time, various celebrities have referred to the tom cruise behavior inside the film sets. Although many usually recognize the star as a “very generous person”, others have expressed feeling a certain tension with the actor.

In the past, the actress Thandiwe Newton recalled her experience with the actor on the set of Mission Impossible 2. The interpreter revealed that there was a moment of filming that they were a true “nightmare”. “I was so afraid of Tom. He was a very domineering individual. He tries very hard to be a good person. But the pressure. He takes on a lot. And I think he has a feeling that only he can do everything the best that can be done.” Newton explained.