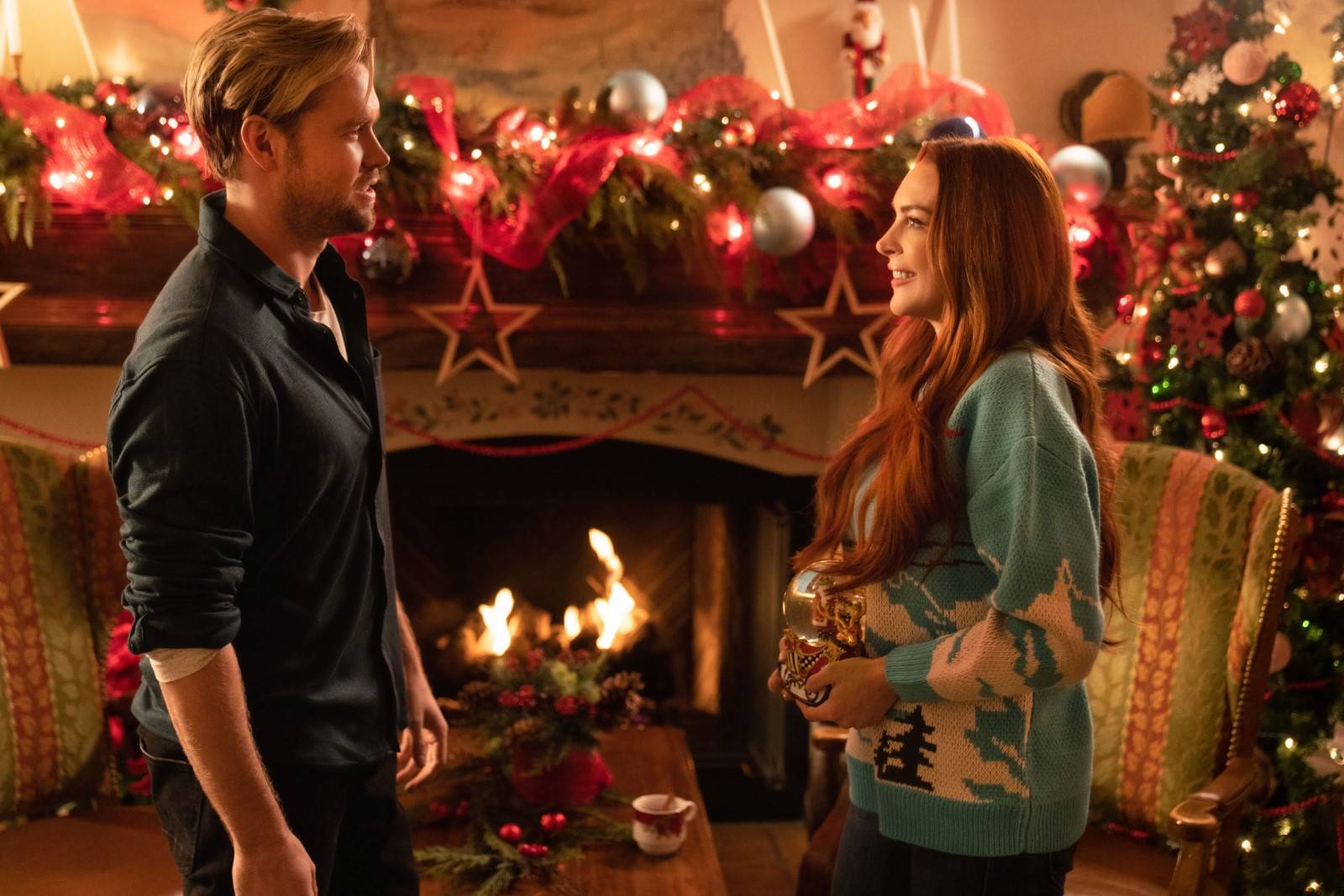 At 36, American actress Lindsay Lohan, icon of the Y2K revival, makes her comeback in a very sweet (and snowy) Christmas film Christmas falls on time – airing on Netflix this Wednesday, November 10. After a long crossing of the desert, could this role of capricious heiress become amnesiac make forget her escapades? And earn him, thanks to the magic of the holidays, a return to favor in Hollywood?

The trailer for “Christmas on time” (2022) with Lindsay Lohan

In the 2000severyone wanted to look like Lindsay Lohan or have a girlfriend or BFF that looked like her. The American actress and singer is responsible for an epidemic of failed redheads and the compulsive buying of plaid micro-skirts, pink cardigans, studded belts and khaki baggies. It only took a handful of films for the American to become a generational phenomenon. Among them is the irresistible Freaky Friday: In My Mother’s Skin
(2003) in which she swaps bodies with her mother, played by Jamie Lee Curtis.

Lindsay Lohan, lolita in spite of herself from the 2000s

There is also the cult Lolita in spite of me (Mean Girls in VO) (2004), which tells the daily life of a teenager moved several times. The latter must integrate into a Californian school, which takes on the air of the jungle with its predatory women in crop tops. These two comedies, which have been both public and critical successes, are less blue flower than it seems. Some dialogues, very funny, even caustic, have remained in the annals, in the same way that the looks of the heroines still flood the feeds today TikTok and Instagram.

In 2004, Lindsay Lohan is only 18 years old and she candidly embodies a coolness that loves world youth, She is both rock and innocent, pretty but accessible, “girl next door” style, “the ideal good friend” and America’s dream bride. Alongside Rachel McAdams and Amanda Seyfriedis part of Hollywood’s new guard, in line with a Alicia Silverstone or a Drew Barrymore, or teenage idols with stunning freshness. But whose subversive potential we feel, implicitly…

The Curse of the Disney Stars

Like many other stars from the Disney fold (Britney Spears on your mind) – Lindsay Lohan started at a very young age in Walt Disney Pictures productions such as the hit family comedy the four of us (1998) before knowing the other side of the coin. From the mid-2000s, her addiction problems (drugs and alcohol) and her escapades, relayed – often in a sexist way – by the tabloid press of the time, tarnished her credibility as an actress. . She even becomes a regular at the Razzie Awards, these trophies awarded to the worst actors of the year. In 2010, the star even made a detour through the “prison” box for having violated his probation after several drunk driving since 2007…

In recent years, Lindsay Lohan has tried several times to redeem herself with very resentful Hollywood producers and with the public. Between a whim (she asked for a selfie with Putin in 2016 before her participation in a Russian talk show), a rehab and a reality TV show, she appeared in the thriller The Canyons in 2013. Imagined by the cult American writer Bret Easton Ellis and made by Paul Schraderthe screenwriter of Taxi Driver (1976) and raging bull (1980), the film which speaks of perverse love and the vices of the middle of the show could have allowed the star to go up the slope. But his playing turned out to be more than monotonous and his charisma, ghostly.

A timely Christmas movie… or not

A last-ditch attempt? America’s former darling, once affectionately known as Lilo, stars in the new Netflix Christmas movie: Christmas falls on time, available since Thursday, November 10. She plays the capricious heiress of a hotel group, engaged to an influencer, who becomes amnesic after a skiing accident. Inevitably, she will be picked up by a chalet owner (not naughty) a few days before Christmas. And they aren’t going to remain indifferent to each other after having felt a lot of animosity towards each other. We know the song well, that of the cute but endearing end-of-year TV movie, which rings in our ears every November, at the same time as the hit All I Want for Christmas Is You (1994) by Mariah Carey. Except that the feature film, ultra kitsch and not very funny, is not the best specimen of the genre. Some productions broadcast in the afternoon on TF1 are even better. Worse, the flamboyant and irresistible ex-redhead Lindsay Lohan, metamorphosed, has lost her splendor and her candor. She plays more like a soap opera actress than a charismatic and talented Hollywood star. Fortunately, the actress already has several other projects in mind, notably for Netflix (the romantic comedy Irish Wish scheduled for 2023 which will take place in Ireland). We therefore hope that she will not miss the boat this time.

Christmas falls on time (2022) by Janeen Damian, available on Netflix.

Should we believe in the return of Lindsay Lohan in a Netflix film?