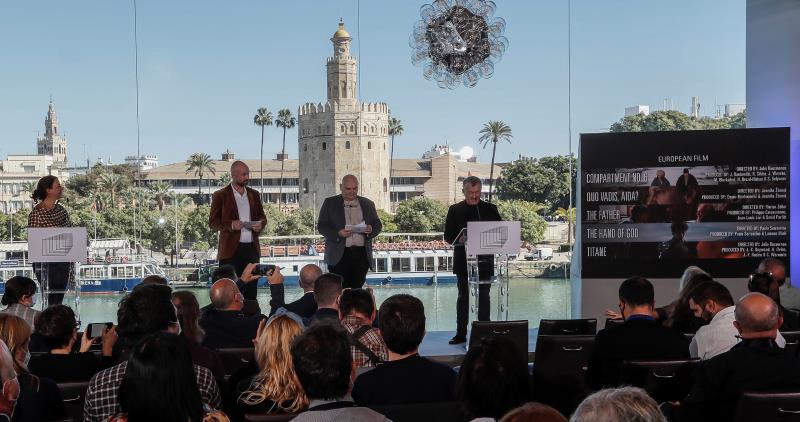 Seville, Nov 13 (EFE) .- The premiere in Spain of the latest film by British actor and director Kenneth Branagh, “Belfast”, has closed tonight the XVIII edition of the Seville Film Festival, which has won the film “Great Freedom ”, by Austrian Sebastian Meise.

It is a film shot in black and white in which Branagh’s usual director of photography, Haris Zambarloukos, collaborates and narrates the childhood of Buddy (little Jude Hill), a 9-year-old working-class boy, in the turmoil 1960s in the capital of Northern Ireland.

The story parallels the life of Branagh and traces “a moving, luminous and heartbreaking journey through the riots and violence of the city, but also dreams in a movie theater, family relationships or first love” .

In this way, the Northern Irish filmmaker captures his own memories to pay tribute to the place where he lived before escaping the armed conflict with his family.

The film has closed an edition of the Seville festival in which Sebastian Meise has won the Giraldillo de Oro, the highest award in the official section of the 18th edition of the contest.

“Great Freedom” is a prison story and also an unusual love story, which denounces the persecution of homosexuals that German law kept in force until recently.

The jury of the official section of the contest, made up of Christos Nikou, Christian Petzold, María del Puy Alvarado, Cristina Hergueta and Ingvar Sigurdsson, has decided to award him the Giraldillo de Oro for his “courage” and his “sensitive portrait” from the subtlety of the fight for freedoms in a prison environment.

Winner of the Grand Jury Prize in the Un Certain Regard section of the Cannes Film Festival, “Great Freedom” has also won the Best Actor award for its protagonist, Franz Rogowski, and the Andalusian Film Writers Association (ASECAN) Award for Best Film in the Official Section.

The other outstanding film in the list of winners of the Seville Festival 2021 is “Onoda”, by the Frenchman Arthur Haradi, which, ex aequo with the Spanish-Lebanese co-production “Costa Brava, Líbano”, takes the Grand Jury Prize, “for being a dazzling film that makes us reflect on power structures, through an incredible staging ”.

Also winner of the Best Screenplay award, for Arthur Harari himself and for Vincent Poymiro, “Onoda” tells the story of a Japanese soldier who, sent to a remote Philippine island, continues to wield arms for almost 30 years, ignoring the end of the Second World War.

In the case of Mounia Akl’s debut, the Grand Jury Prize is won ex aequo because “Costa Brava, Lebanon” is “a brilliant first film, which has discovered new layers in each scene, and that through personal history of a family shows us the situation of a country ”, highlights the jury.

Written by Akl with Clara Roquet and Carlos Marques-Marcet in the montage, the film proposes a dystopian future as real as life itself, in which Lebanon is experiencing an environmental crisis that leads a family to isolate themselves in the mountains, with the willingness to maintain an alternative lifestyle, interrupted when a landfill is installed next to their home.