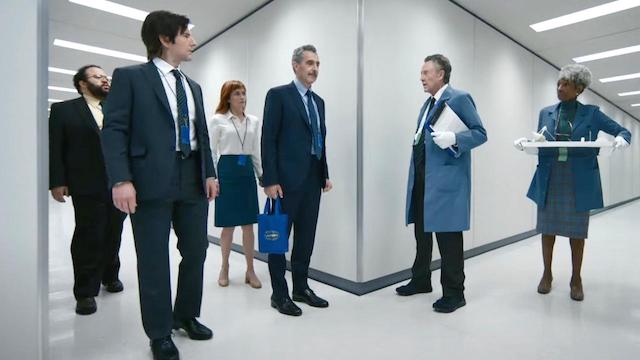 Announced for February 2022, the new production of Apple TV +, with Ben Stiller at the helm, deals with a futuristic way to separate work and personal life. 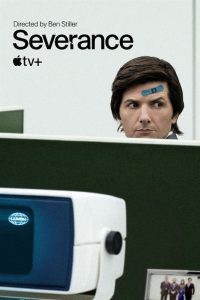 Mark Scout (Adam Scott) heads a team at Lumon Industries where employees undergo surgery that divides their memory between work and life.

This daring experiment on “pro-personal balance” is called into question as Mark finds himself at the center of a thick mystery that will push him to confront the true nature of his work and himself.

On the voice of the different protagonists giving their agreement for this experimental surgery, Severance unveils in his trailer a cold, white and symmetrical world where employees evolve who seem to obey out of fear rather than envy. When they are at work, all personal memories are erased, but the minute they leave the premises, they return.

As explanations are given of how simple this operation should be, the images become colorful and messy as the protagonists let their faces express feelings. An experience that seems to have gone wrong and to hide more than a concern of the company for the mental balance of its employees.

Created by Dan Erickson, Severance has nine episodes, six of which are directed by Ben Stiller. Best known as a comic actor (My stepfather and I, Mary at all cost), this is his second experience as a filmmaker on a series, after many films, such as Zoolander, The Secret Life of Walter Mitty) and Escape at Dannemora in 2018 on the escape of two detainees.

The actor-director thus finds Patricia Arquette (The Act) that he had already directed in this previous series and which embodies the cold boss of Mark. This one is played by Adam Scott (Big Little Lies) and surrounded by John Turturro (The Plot Against America), Zach Cherry (You), Dichen Lachman (Altered Carbon), Michael Chernus (Spider-Man : Homecoming) and finally Christopher Walken (Eddie the Eagle).

The first two episodes will be broadcast on February 18, 2022 then one each week on the Apple TV + streaming platform.

Severance: a trailer for the dystopian series directed by Ben Stiller | CineChronicle