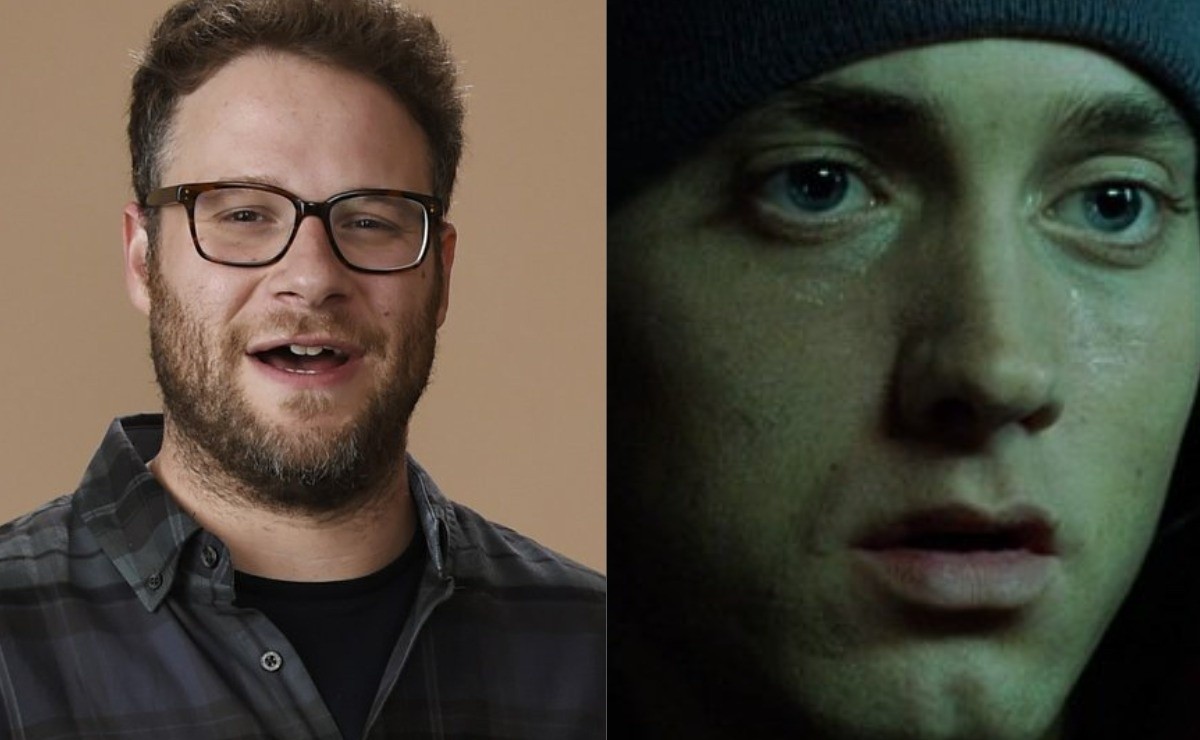 Today it is almost impossible not to see Seth Rogen as one of the most influential actors and producers in contemporary comedy cinema. Like many of his colleagues, Rogen began his artistic career in the stand-up world, moving to television where, under the direction of Judd Apatow, he had his first success with the teen drama series “Freaks & Geeks.”

Long before presenting his first leading role in 2007 with “Knocked Up”, a film in which he again acted under the direction of Apatow, Rogen participated in some minor roles in various films, so his recent revelation regarding his audition for “8 Mile”.

Released in 2002, “8 MIle” was a semi-autobiographical film about Eminem’s humble origins, in which the rapper made his only foray to date playing B-Rabbit, a young worker who seeks to take off in the world of hip hop.

In accordance with The Wrap, Seth Rogen has revealed in “Yearbook”, his new autobiography, that he had had an opportunity to appear in the film with Eminem in the role of Cheddar Bob, one of his best friends, thus recalling the “weirdest audition” that the comedian had in his acting career.

According to Rogen, the casting director asked him to bring a stage partner, so he asked the favor of Jason Segel, a friend and cast partner on “Freaks & Geeks” who was curiously auditioning for the same role. Both actors rehearsed constantly, but encountered great difficulty with the rap lines during their respective auditions, causing them to “start laughing hysterically.”

“We literally couldn’t finish the auditions. As soon as one of us started the scene, the other would be lost. It was so silly, we couldn’t finish. We apologize and walk away with tears streaming down our faces, ”said Rogen.

The role eventually came into the hands of Evan Jones. The great success of “8 Mile” would lead Eminem to win an Oscar in the category of “Best Original Song”. Meanwhile, Rogen does not express any regrets in his anecdote, noting that he did not fit the requirements for the character. In addition, the years after the movie premiere would be of great importance in his career.