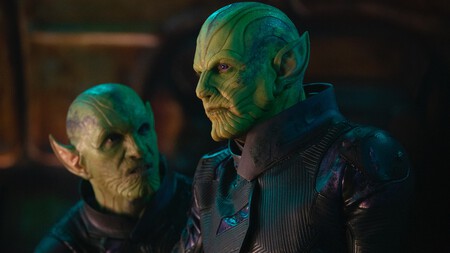 There is no doubt that Marvel superhero fans have been living a golden age for more than a decade. To the large selection of feature films that have been circulating on the big screen since the MCU kicked off with Jon Favreau’s ‘Iron Man’, we must add a good number of television productions that have been swelling the shared universe since the beginning of 2021.

But today we are going to look forward to the near future, beyond the release dates of ‘Ms. Marvel’, ‘Sue-Hulk’ or the Christmas special of ‘Guardians of the Galaxy’ —which will arrive throughout this 2022— to focus on one of the most interesting series projects that Marvel Studios and Disney+ have in the oven. This is none other than ‘Secret Invasion’, and then we are going to review everything we know about her Until now.

When does ‘Secret Invasion’ premiere?

‘Secret Invasion’ has just finished filming and, with a long post-production process ahead, doesn’t have a release date yet that we can mark on the calendar. Judging by the list of Disney+ releases, whose latest Marvel production with a premiere month is ‘The Guardians of the Galaxy Holiday Special’ —December 2022—, everything seems to indicate that the series starring Samuel L. Jackson would arrive during the first half of 2023.

Of course, as soon as we have an official date, we will quickly update this section.

Cast and protagonists of ‘Secret Invasion’


As is often the case in this type of production set in shared universes, the cast of ‘Secret Invasion’ will combine old acquaintances from the MCU with a good handful of new faces to join their superhero feast, including first-rate stars such as the Oscar winner Olivia Colman, Emilia Clarke, Christopher McDonald or Kingsley Ben-Adir.

Among the regular patrons of the Marvel Universe we find Samuel L Jackson, who will bring Nick Fury back to life; a Ben Mendelsonwho will repeat as the skrull Talos -whom we met in ‘Captain Marvel’-; cobie smulderswho will return as Maria Hill after her last appearance in ‘Spider-Man: Far From Home’ and Martin Freemanwho will once again put himself in the shoes of Everett K. Ross, whose last walk through the MCU was in ‘Black Panther’.


The team responsible for ‘Secret Invasion’ invites optimism; especially when we realize that its creator and screenwriter is none other than Kyle Bradstreet, who has a fantastic cathodic career in productions such as ‘The Philanthropist’, ‘Borgia’, ‘Copper’ and, above all, the prestigious and multi-award winning ‘Mr. Robot’. Almost nothing.

Regarding the address, the two confirmed names are those of Thomas Bezucha and Ali Selim. The first of them debuted in 2000 with ‘Big Eden’, but his big break into the top leagues came in 2020 with the excellent neo-western ‘One of Us’ starring Kevin Costner and Diane Lane. For his part, Selim debuted with ‘Sweet Land’ in 2005, and has participated in numerous series such as ‘In therapy’, ‘Cóndor’, ‘Criminal minds’ or ‘The hand of God’.

And, in case you are wondering what the series could look like on a visual level, the tasks of cinematography have been divided between Sylvaine Dufauxveteran in the camera department and responsible for the photography of series such as ‘The Republic of Sarah’ or ‘Future Man’, and Remi Adefarasinnominated for an Oscar for his work in ‘Elizabeth’ and DOP in feature films such as ‘Match Point’ or ‘The Cold Light of Day’ and series such as ‘Blood Brothers’.

The story of ‘Secret Invasion’


To date, details about the plot of ‘Secret Invasion’ continue to be kept under lock and key, but we can shed some light by taking a look at its origins in the world of comics and an unexpected clue that has come to us through a cap that has been given to the team to celebrate the end of filming.

If we stick to the vignettes, ‘Secret Invasion’ would be based on the eight-issue miniseries —with their respective tie-ins— published in 2008 and created by screenwriter Brian Michael Bendis and cartoonist Lenil Francis Yu. In it, roughly, narrated a large-scale invasion of earth by the Skrullsan alien race with shape-shifting abilities that had replaced many of the Marvel Universe’s superheroes for years.

If we set our sights on the MCU, the trigger for the series was raised at the end of ‘Captain Maervel’ and in the post-credits scene of ‘Spider-Man: Far From Home’when it is revealed that the Skrulls, a kind of intergalactic refugee represented by Talos, have been hidden on planet Earth for a long time and directed in some way by Nick Fury.


And what about about the cap? As I said, in this gift made to the production team, you can see a writing in the Skrull language that reads “He loves you”. In the comics, this phrase is used by the more religious members of the race, and with that “He” they refer to Kly’bn, the last of an ancient race of Eternal Skrulls who are said to have started the Skrull civilization on their home planet Skrullos.

Kly’bn, along with Queen Sl’gur’t, wrote the Skrulls’ holy book in which prophesied the destruction of his planet and his subsequent refuge on Earth which would lead to the “secret invasion” that appears in the title of both the comic and the series.

It is still early to know if Kly’bn will make an appearance in some way in ‘Secret Invasion’, but what we do know for sure is the description that Kevin Feige, boss of Marvel Studios, made about her, qualifying her as a “political paranoia” thriller that will show the Skrulls “in a way we haven’t seen before”.

Little thing to show today in this section, beyond the official logo of the series and a promotional image of Nick Fury.

‘Secret Invasion’: everything we know about the Marvel series for Disney + with Samuel L. Jackson and Emilia Clarke