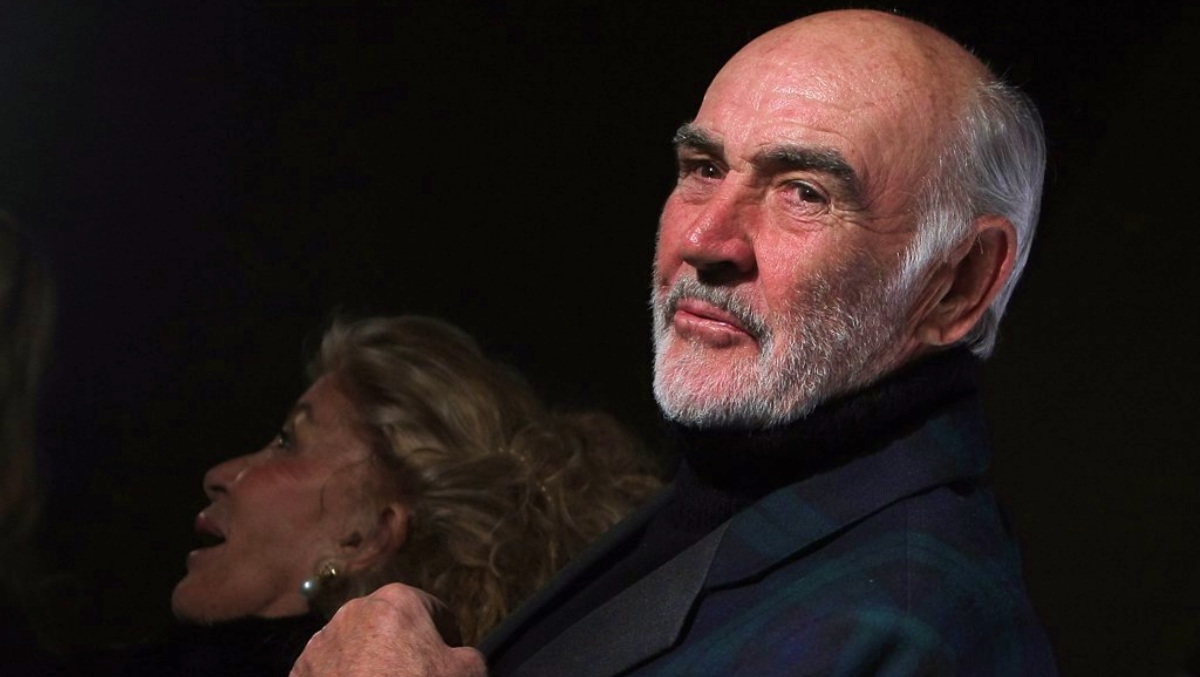 June will see the end of the visit of the Albacete Film Library to the WONG KAR-WAI Universe, as well as the end of the memory of SEAN CONNERY, in both cases with two new titles. In addition, the half century of the fundamental work of Sam Peckinpah will be commemorated PERROS DE PAJA, and the Berlanga Year will be paused until September with a possibly minor work, VIVAN LOS NOVIOS !.

There will be local flavor with the short documentary LA FIGURA OCULTA about the bonillero artist Crescencio Garrido, and in the month of pride -thanks to the collaboration with the Equality Services of the Diputación de Albacete- there will be three titles among which SUMMER OF 85 stands out, the acclaimed latest film by François Ozon, as well as the most recent and essential cinema of this season with ONDINA and NUEVO ORDEN.

In the suggestion box, the recording of the mythical AMAZING GRACE by Aretha Franklyn will be remembered, to conclude the month with the traditional CUBAN CINEMA Show -in collaboration with the Association of Friends of Cuba in Albacete- and a poker of titles by the incomparable FERNANDO FERNÁN -GÓMEZ, who would have reached its centenary in 2021.

It has been a rugged season, with changes in capacity, preventive closings and cuts in sessions … but the summer break has also come for her. After the months of heatwave from the Albacete Film Library they hope to return with a greater normality, offering -as always- the best cinema.

FILMOTECA ALBACETE – SCHEDULE FROM JUNE 1 to 20

WITH THE PRESENCE OF THE DIRECTOR, DIRECTOR OF PHOTOGRAPHY AND LEADING PLAYER.

Tribute to the generation of men and women who were born in a complex time in history. Our protagonist started working in the fields when he was four years old, looking after sheep. There he developed a gift that has remained secret until recently. FREE ENTRY.

A normal, reserved, shy and peaceful man lives absorbed in his work. When the inhabitants of the town to which he is moving begin to go beyond the limits of violence against his wife and his home, this peaceful man will react by causing an unexpected situation.

Two brothers live in the world of the Chinese mafias. One, the youngest, is unable to avoid trouble due to his impetuous temper. For his part, the older brother, falling in love, decides to leave the dark environment in which he moves, but first he will have to help his little brother again …

A year with Connery

XIV century. Fray Guillermo de Baskerville, a Franciscan monk and former inquisitor, and his disciple, Adso de Melk, visit a Benedictine abbey to clarify the death of a young miniaturist. During his stay, other monks mysteriously disappear and later turn up dead.

Ondina is a historian and lectures on the urban development of Berlin. But when her lover leaves her, the ancient myth takes hold of her. It only remains to kill the man who has betrayed her and return to the waters.

You have wanted it

In January 1972, the great Aretha Franklin performed for two days giving a gospel concert at a Los Angeles Baptist Church, recording what would become her best-selling album, “Amazing Grace.” The sessions were filmed by director Sydney Pollack, but the footage ended up in a vault and has been one of the lost cinematic treasures of 20th century music for 4 decades. Up to now.

Leo, a native of Burgos, arrives in Sitges accompanied by his mother to marry Loli. Unexpectedly, Leo’s mother passes away. Faced with what the suspension of the wedding could mean, Loli asks Leo to hide the old woman’s corpse until after the betrothal.

Ho and Lai have a passionate relationship. They travel from Hong Kong to Argentina, but the arrival in the new country seems to transform things and Ho suddenly abandons Lai. He begins to work with the sole desire to return to his country. One day Ho reappears, but things are not the same … CANNES: BEST DIRECTOR.

In the 90s, a young woman is forced by her family to attend a therapy center to reorient the sexuality of young homosexuals. There he will meet another girl in his situation. SEMINCI: SILVER SPIKE / SUNDANCE: BEST MOVIE.

What do you dream of when you are 16 years old and living in a small town on the Normandy coast in the 80s? With having a best friend? With making a pact of friendship that lasts forever? With running a thousand adventures by boat and motorcycle? Summer vacation has just started and this story tells how Alexis starts to grow up.

In Mexico DF a lavish wedding of high rank is celebrated while in the nearby streets violent protests are lived with the focus on the class struggle. Seen through the eyes of the young bride and the servants who work for her wealthy family, ‘New Order’ follows in the footsteps of the collapse of a political system and the birth of a heartbreaking new replacement.

A year with Connery

Three generations of the same family try to perpetrate a perfect robbery that allows them to retire. The plan is to get in, get out, and split a million dollars; without violence, without suspicions, without policemen. But things don’t go as expected.

PREVIOUS SCREENING OF THE SHORT “HABANA ME MATA” BY PATRICIA DE LUNA. WITH THE PRESENCE OF THE DIRECTOR.

Mónica, Violeta and Mayelín work in a beauty salon. On the day of payment they decide to go out to buy a dress for one of them, starting an unexpected journey into the depths of the Havana night.

After finishing his military service in the cavalry corps, Fernando decides to buy Bucephalus, the horse that has been his companion during that time, and returns to Madrid with the animal.

PREVIOUS SCREENING OF THE SHORT “LOS AMANTES” BY ALÁN GONZÁLEZ.

In Havana in 1994, Rosa Elena, dissatisfied with the life she is leading, returns to sing in the male choir where she worked before meeting her husband. By revealing this secret of their past, both are exposed to the structural violence of the context in which they live. GOYA: NOMINATED BEST HISPANIC AMERICAN FILM.

A missionary established in Alaska, recalls, when he is about to die trapped in the snow, the years of his youth and his relationship with his family and friends.

PREVIOUS SCREENING OF THE SHORT SHORT “IN SEARCH OF A SPACE” BY MARILYN SOLAYA.

An old wedding couple, separated since adolescence by emigration, meets again in Cuba after forty years. It will be the occasion to see how much they have changed and to see if the promises of love made decades ago have been fulfilled.

Cuba, 1871. First-year medical students are wrongly imprisoned, with eight of them the victims of an unexpected outcome. After sixteen years in which Fermín Valdés, friend and cellmate of the victims, has fought to prove the innocence of those young people, a new clue brings him closer to the key that would unravel the hidden truth.

A vampire scientist has created Vampisol, a revolutionary potion that allows vampires to walk in the sunlight. As soon as the news reaches the ears of the great vampire clans, they all travel to Havana to take control of the city. formula.

When Don Mendo, Marquis of Cabra, gallant and audacious medieval knight, climbs a tower to reach the rooms of the beautiful Magdalena, he is surprised by Don Nuño Manso de Jarama, the lady’s father, who has granted the hand of his daughter to the Duke of Toro. To protect the honor of his beloved, Don Mendo assures that he has climbed the tower to steal, for which he is sentenced to die sandwich alive.

When Franco died, Florentina communicated to the rest of the family much more important news than the death of the dictator: her husband Emiliano, who had been left for dead in the civil war, is alive since he remained hidden in the family home itself. GOYA WINNER BEST ACTOR.

/ The Digital of Albacete /